JAJA Santiago stamped her mark in domestic and overseas volleyball competition, making the most of the opportunities in another tough year for sports.

The 25-year-old Santiago helped Ageo Medics top the inaugural Division I V Cup in Japan in March. The 6-foot-5 middle blocker also bared she received offers from other Japanese clubs and teams in Taiwan, China and Turkey.

The Philippine national team star resumes her V.League campaign with Ageo Medics in 2022 as they look to climb from sixth place with 8-6 record.

Kalei Mau also made an impressive stint in Puerto Rico as she played for Las Changas de Naranjito in the Liga de Voleibol Superior Femenino last June and she is set to play in the Athletes Unlimited Volleyball in the US next year.

Mau also saw action for one of two Philippine teams in the Asian Women’s Club Volleyball Championship in October in Thailand. Choco Mucho won only one match, against Rebisco, the other Philippine team.

The Filipino-Hawaiian capped her busy 2021 with an unbeaten run to the title with F2 Logistics in the Philippine National Volleyball Federation Champions League in Lipa, Batangas in November.

The Adamson standout, who helped Chery Tiggo win its first PVL title, led the team in scoring in her first three matches. 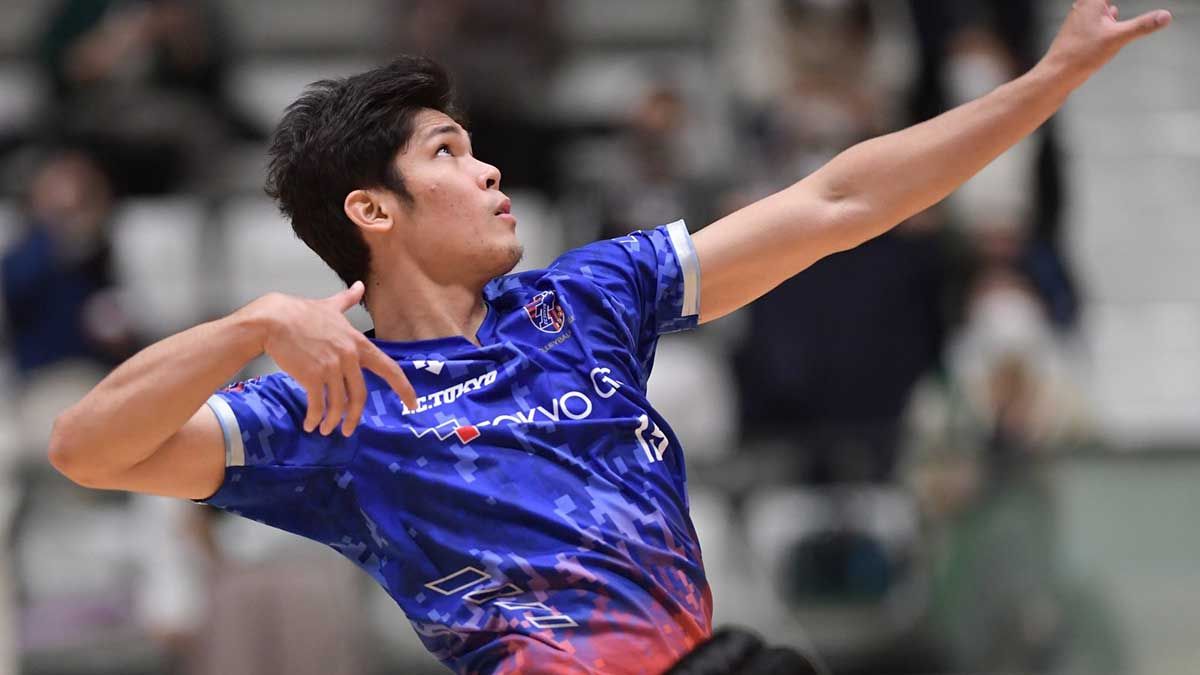 Marck Espejo's club is closing shop after the season.

Marck Espejo also grabbed a piece of the limelight in Japan, the FC Tokyo spiker getting a spot in the All Star event of the V. League on Christmas Day.

FC Tokyo was Espejo’s second team in Japan since playing for Oita Miyoshi in 2018. He suited up for Visakha in Thailand before the pandemic scrapped the league in early 2020, then had a stint with Bani Jamra in Bahrain from the last quarter of the year until early 2021.

However, Espejo has to find a new club as FC Tokyo announced the volleyball team, currently eighth with a 4-10 record, will cease operations after the season.

Bryan Bagunas is also playing in Japan for Oita Miyoshi, which has a 2-12 record.

These overseas players have vowed to make themselves available for Philippine team duties including next year’s Southeast Asian Games and their respective mother club teams here in the country.