FREDDIE Infante was an unsung hero in Philippine volleyball. He was the man behind the grassroots development that honed current volleyball stars and continuously provides a springboard for young talents to achieve greater heights.

Most of the girls’ tournaments in the country were run by Infante and his company Metro Sports and Events Group Inc. All of these high school leagues gave the opportunity for today’s stars and continues to provide an avenue for aspiring volleyball players through the RVL.

Infante served as one of the top TV sales directors for giant network ABS-CBN but he decided to give his full support to Philippine volleyball from 2003 until he succumbed to liver cancer at age 77 last April 17.

It was a bitersweet day for Metro Sports Business Development Manager Mavic Empeno as on the same day that her family was celebrating the birthday of her late father, her boss Freddie, the godfather of volleyball grassroots, passed away.

The Coronavirus pandemic made it more devastating. Even though Infante didn’t have the infectious disease, it deprived him of a meaning funeral and final moments with his loved ones as his body was cremated due to Enhanced Community Quarantine protocols.

Johanz Buenvenida, Metro Sports Vice President for operations, said that Infante is a consummate boss but he treated his colleagues as family. His love for volleyball was unconditional as he decided to give his remaining years to the grassroots development program. 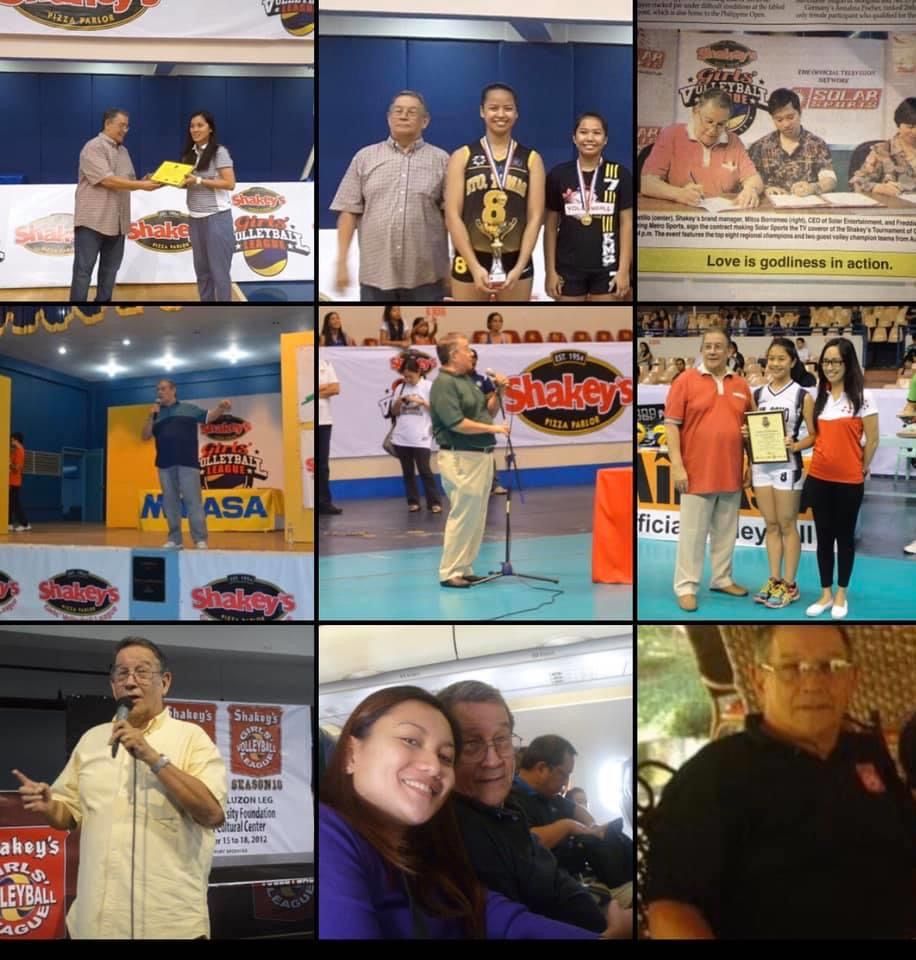 Besides the various girls’ leagues, the former board member of Philippine Volleyball Federation also hosted boys’ volleyball tournaments and beach volleyball events. He also helped Ricky Palou and Moying Martelino in conceptualizing the Shakey’s V-League, which is now known as the Premier Volleyball League.

Kenneth Yu, the former Digital Brand Manager of Rebisco, shared that it was the way of the Filipino-Spanish to give back to the country and he chose to help volleyball.

“What he told me before, he wanted to give something back. Sabi niya marami na siyang nakuhang biyaya. Sabi niya, 'I want to serve, I want to do something good in return,'” said Yu, who teamed up with Infante and Metro Sports for the past three years.

“He was a swimmer when he was young, yun ang kinekwento niya and he wanted to give something back related to sports because mahilig siya sa sports and he found volleyball interesting. Sabi niya, he wanted to (give chance) for all these young people, who wanted to play all over the country, so I set up the meeting with Freddie and Rebisco that led to the RVL...because I really think that we needed it and I really believe that we have the talent to have good teams,” he added.

The spotlight has been on the UAAP, NCAA, and club leagues Philippine Superliga and Premier Volleyball League for the past years. But most of these players wouldn’t have reached greater heights without their added experience in the girls’ volleyball tournaments organized by Metro Sports.

“Kumbaga kami yung mga supplier ng mga leagues like in the UAAP, NCAA and some other leagues. Mostly yung mga coaches sa amin nagrerecruit. They took their time out just to watch the games and then eventually makapagrecruit sila ng mga players nila for their teams,” Buenvenida said. 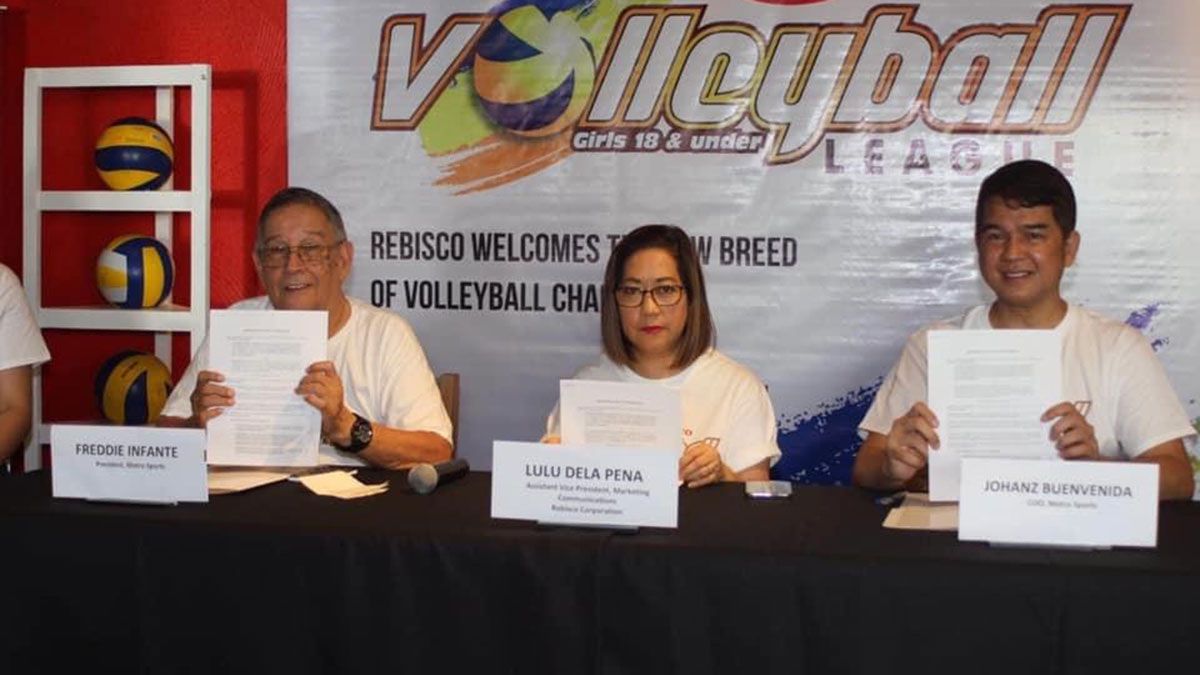 Infante’s efforts were without much fanfare, but he never stopped believing in the potential of Filipinos in volleyball.

“Talagang focus niya talaga is how to develop volleyball in the Philippines sa grassroots. He really wanted to develop it, he believes we have the talent. He believes na kahit hindi tayo malaki meron tayong bilis at wais,” he added.

Although the remaining active league of Metro Sports is the RVL, it continues to grow since it partnered with Rebisco for the 2017 Finals. RVL has been providing an opportunity for young talents around the country for the past two years and brought international junior teams in the last national Finals.

RVL 2020 regional tournaments — featuring the addition of the boys’ league — should have kicked off last April but the Coronavirus outbreak wiped out all the sporting events in the world.

By the time sports events get the clearance to stage again, Infante won’t be there anymore.

But his legacy will live on as the Metro Sports officials vowed to continue giving young volleyball players a springboard to reach greater heights.

“We will continue and as part of his legacy kami yung magpapatuloy,” Buenvenida said. “Based on the last meeting namin with Rebisco, as soon as medyo umayos ayos na yung condition natin na mabigyan na tayo ng clearance we will be launching again the RVL 2020.”

Infante will also get the tribute he deserves for everything that he has done to Philippine volleyball.