AFTER dealing with an ankle injury that sidelined her for months, Eya Laure has regained a lofty spot as the main scoring option of University of Sto. Tomas.

The fit-again UAAP Season 81 Rookie of the Year delivered the goods that helped the Tigresses complete an elimination round sweep, earning the Sports Vision Premier Volleyball League Press Corps Player of the Week honors in the process.

The power-hitter filled the stats sheet with 17 kills, two aces, and a kill block to go with 10 digs as UST swept the five-game group stage and set up a best-of-three semifinal showdown against UAAP Finals tormentor Ateneo.

Laure said that kind of explosion was exactly what she needed to regain her confidence after a long layoff to recuperate from a left ankle injury she sustained during the UAAP Finals.

Laure bested Adamson’s Trisha Genesis and Louie Romero, Diane Ventura of CSB, and Faith Nisperos of Ateneo for the weekly recognition given by print and online sportswriters covering the beat. 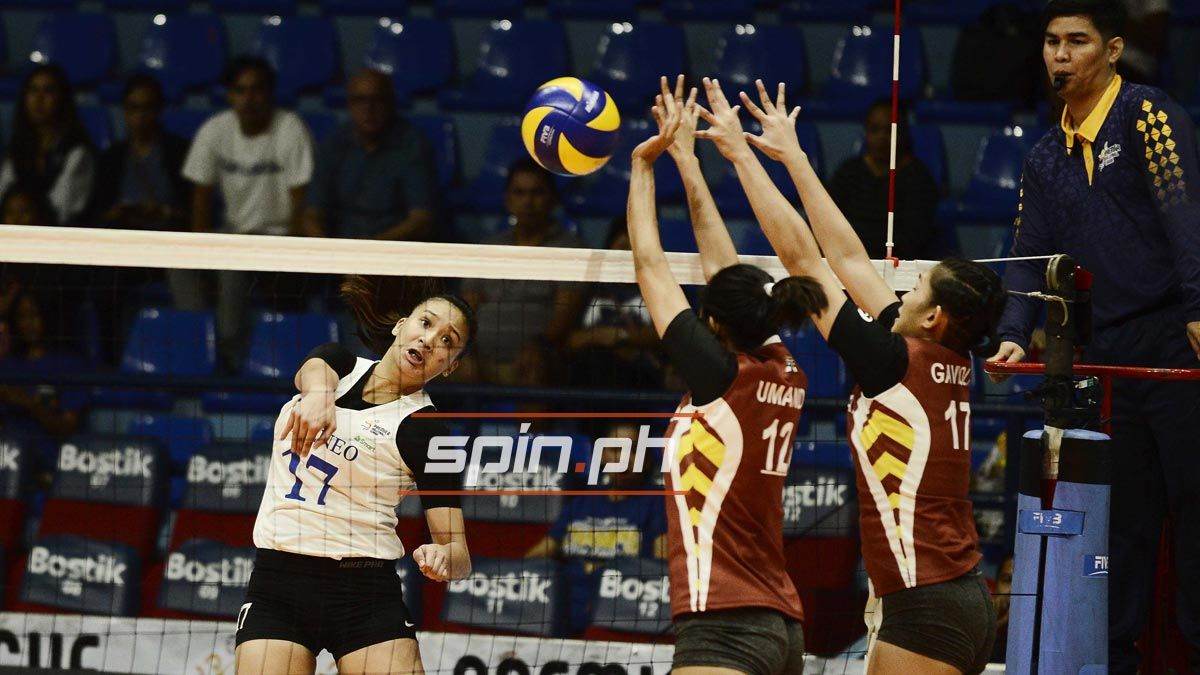 Laure, who averaged 15.3 points in three games of action for UST, also needed to build momentum before she embarks on the biggest stage in her young volleyball career: a tour of duty with the Philippine national team.

The UST sophomore flew to Thailand on Sunday to join the Nationals in their buildup for the inaugural ASEAN Grand Prix in Nakhon Ratchasima from September 20 to 22.