FAITH Nisperos said her reunion with fellow Nazareth School standouts and the guidance of veteran teammates made her transition to the Philippine women’s volleyball team easier. 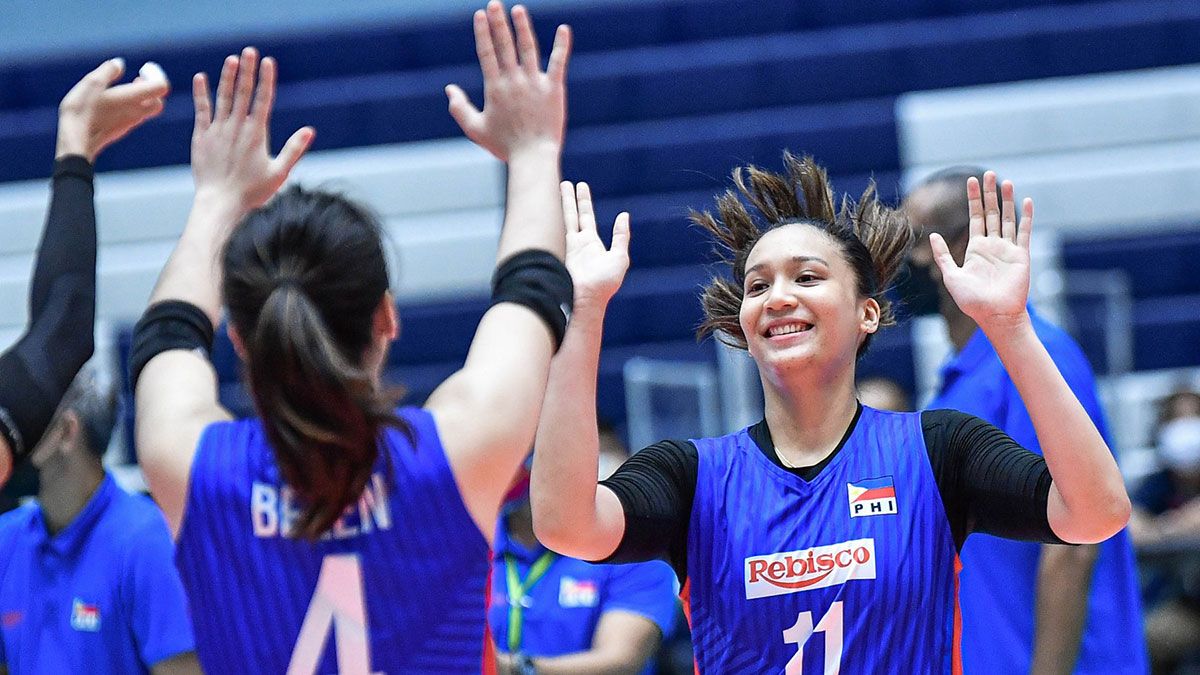 Besides teaming up with her batchmates, the 5-foot-11 hitter gave credit to Aby Marano and Co. for setting a great example to their youth brigade as well as Brazilian coach Jorge Souza de Brito.

Although Rebisco’s youth brigade placed last in the seven-team field, the emergence of Nisperos as its go-to spiker was one of the silver linings in their winless campaign.

Nisperos, who averaged 8.2 points in five matches, said she wanted to make up for lost time after her rookie season with Ateneo only lasted for two games due to the pandemic.

It was her return trip to Nakhon Ratchasima seven years after she helped the national youth team finish seventh out of 13 squads in the 2014 Asian U-17 Girls Volleyball Championship.

The 2016 UAAP Girls MVP from Nazareth School didn’t disappoint in her seniors debut after showing no signs of intimidation in facing the top club players from Thailand, Kazakhstan, and Iran.

After a fruitful AVC stint, Nisperos said she will focus more on working harder to improve her skills —including her studies — and preparing for the possible return of the UAAP in 2022 for the remainder of the year.

And she vowed to stay committed to the 25-member national pool, which will have a busy calendar next year including the 31st Southeast Asian Games in Hanoi, Vietnam and Asian Seniors Volleyball Championship to be held in the country.