FAITH Nisperos and the young Rebisco team had fun in their showdown against the Kalei Mau-led Choco Mucho despite a winless Asian Women’s Club Volleyball Championship campaign.

Mau unleashed 20 points as Choco Mucho sent Rebisco’s youth brigade in the last place, 22-25, 25-17, 25-19, 25-17, in a classification match on Wednesday at the Terminal 21 competition hall in Nakhon Ratchasima, Thailand.

Despite losing to their much-experienced opponents, the 21-year-old spiker said her team really enjoyed the All-Filipino game.

“It was really a great game because we got to play with our ates, the older ones and the veterans and it was really a good experience,” said Nisperos in the post-game interview with Mau.

Mau lauded the potential of the Philippine women’s volleyball team’s youth brigade, admitting they were challenge by Nisperos and Co. and they had fun.

“(It was) challenging going up against our younger team. It was really great to be able to just find their tendencies and just also work on our creativity as a team,” said Choco Mucho’s leading scorer. 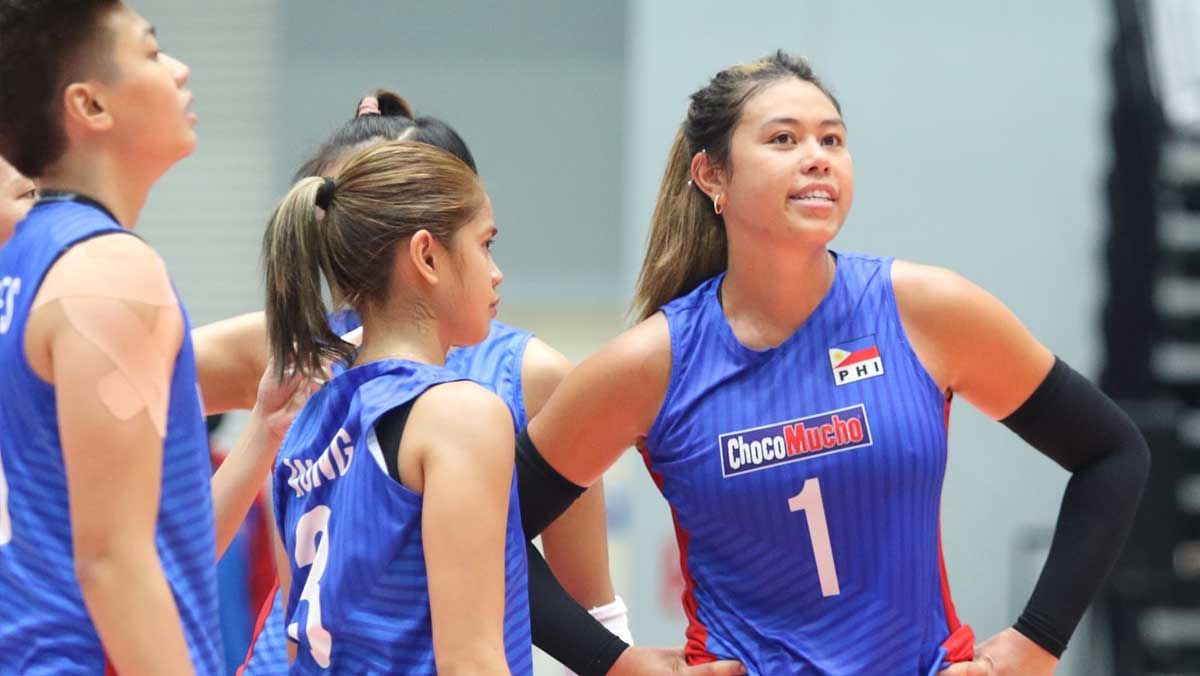 “Obviously, we’re still trying to build up but it was a great game for both sides.”

Rebisco lost all of its five matches in the continental meet, finishing with a 0-3 card in Pool B, followed by quarterfinals elimination to Nakhon Ratchasima last Monday before losing to Choco Mucho in the classification.

Nisperos believes the young Rebisco team won’t go empty handed from this precious and fruitful experience, which she considers a building step for their future.

“For us, the younger girls and we have learned a lot. This experience has been a very good step for us, a building step for us,” the Ateneo sophomore said.

“We could use (this experience) in our collegiate career back in the Philippines.”

Despite placing dead last in the Thailand showpiece, the youth brigade were able to put up a valiant effort against the top Asian clubs in their seniors debut with Nisperos and Mhicaela Belen leading the scoring.