REACTION, as expected, was mixed when the Larong Volleyball sa Pilipinas, Inc. announced that the national women's volleyball team bound for the Asian Games will be playing as a guest team in the Philippine Super Liga Invitational Conference, which kicks off on June 23.

Aside from the partisan reactions from fans of both the PSL and the rival Premier Volleyball League, there were also questions begging for answers.

How come the LVPI fielded the national team in the PSL and not the PVL? What weighed into the decision?

How about the PVL players who are part of the national pool? Will they get the green light on the PSL participation?

To get the bottom of things, we asked LVPI vice president Peter Cayco, who immediately made it clear that it was the association which asked the PSL to accommodate the national team in its forthcoming conference.

Cayco said the PH side will be a guest team in the tournament, with the results of their games not counting on the standings.

In the event national players will be up against their mother team, they will play for their respective teams, Cayco added.

“If magkasabay or maging magkalaban yung club team and national team, the player will play sa club team niya. We will have 20 players in the pool so okay lang if sa club team maglaro yung player,” said Cayco.

On the question of the PVL players' participation in the PSL tournament, Cayco said will seek the permission of the pioneering league and their mother teams.

Two PVL stars, Alyssa Valdez and Jia Morado, are expected to be part of the 20-woman pool. 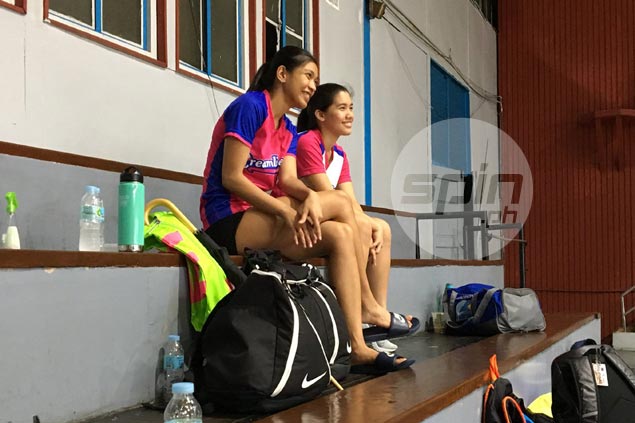 The LVPI official said he deemed it best not to field the national team in the PVL in the meantime so as not to cause a distraction in the PVL's ongoing tournament, which is already at the quarterfinal stage.