LIPA CITY — Casiey Dongallo, 16, was one of the brightest spots of California Precision Sports’ youth brigade that showed maturity beyond their years in the Philippine National Volleyball Federation (PNVF) Champions League.

It was a fitting culmination for Dongallo, Jelai Gajero, and Co., who also put up a gallant stand against champion teams Chery Tiggo and F2 Logistics as well as pro squad Perlas Spikers finishing with 2-3 record.

Their impressive showing was propelled by Dongallo’s scoring prowess as she averaged 20.2 points to emerge as one of the league’s top scorers.

Her motivation? Matching the level of the pros even at a young age.

The 5-foot-6 spiker is a contender for one of the two best outside hitter awards of the Champions League "Dream Team" to be given after the final game between F2 Logistics and Chery Tiggo.

The Antipolo-based high school players impressed a lot of fans on social media after a head-turning stint, but Dongallo said they are still careful and responsible in using their social media accounts. 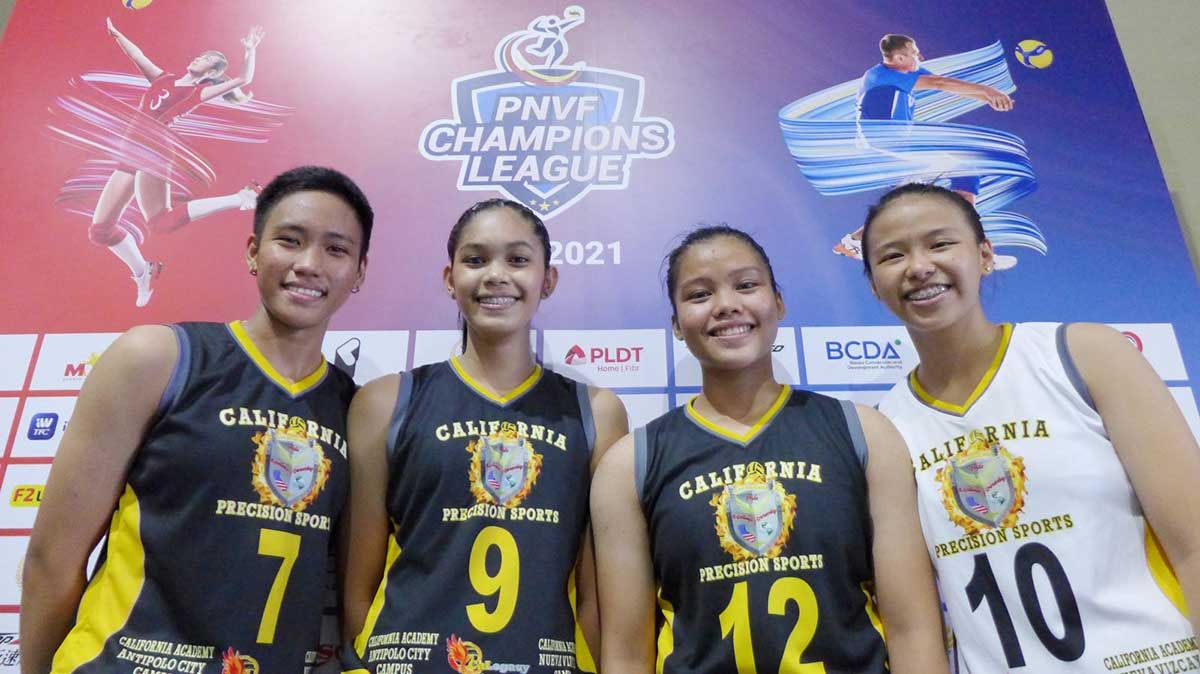 When asked about their future plans for college, Gajero said that she, Dongallo and the whole core will stay committed to CAL Colleges in Antipolo.

California Academy will bring all their learnings in Rebisco’s under 20 tournament from December 4 to 10 and will spend their Christmas break finishing all their assignments and school requirements.