AFTER a roller-coaster ride in the double-round elimination, it is time for the Final Four of the UAAP Season 80 women’s volleyball tournament.

Treble-seeking top-seed La Salle and second-seed Far Eastern University hold the twice-to-beat advantage, while No. 3 Ateneo and No. 4 National University will try to beat the odds and advance to the Finals.

The Lady Spikers will be up against the fourth-seed Lady Bulldogs on Sunday, while the Lady Tamaraws will face the Lady Eagles on Saturday.

SPIN.ph asked coaches and analysts for their fearless forecast on the Final Four match-ups and here are their insights: 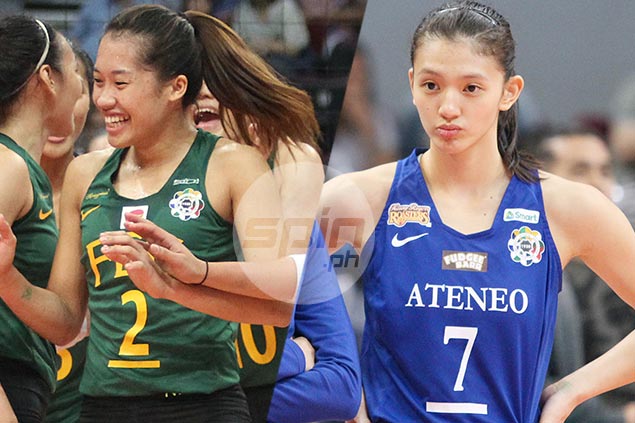 Veteran coach Sammy Acaylar, who steered the University of Perpetual Help men’s volleyball team to 11 titles, noted the Lady Tamaraws’ hunger for the title will be key, while the Lady Eagles must show grit to win.

It has been 10 long years since FEU had the sweet taste of victory and it will be the team’s biggest motivation to advance to the Finals.

Ateneo, on the other hand, is not lacking in motivation as the Lady Eagles aim to avenge their back-to-back losses to the Lady Spikers in the finals.

However, Acaylar feels Ateneo’s inexperience could be something FEU can exploit.

Volleyball analyst Doc Ian Laurel also believes that the Lady Tamaraws are completely equipped to foil the Lady Eagles’ plan to arrange another title clash with the Lady Spikers.

It’s not only the twice-to-beat advantage that puts FEU at the upper hand but it’s the team’s overall performance.

“Actually I think FEU has the advantage not just because of the twice-to-beat but because FEU, I think, adjusted just in time, they’re peaking, the blocking has improved so much in the second round so I think ‘yun ‘yung crucial sa game, for the series, which is actually the blocking and reception,” he said.

“‘Yung Ateneo kasi it’s so hard for si (Deanna) Wong to take control of the game kasi, let’s face it, she’s very talented (setter) but iba ang pressure ng ganitong mga game so that might spell a big difference on the outcome of the game,” he added.

Laurel pointed out that having veteran players like Bernadeth Pons, Celine Domingo, Chin-Chin Basas and setters Gel Cayuna and Kyle Negrito will be key for FEU, and said Wong, who was converted from a libero to setter, will play a crucial role for Ateneo.

University of Santo Tomas coach Kungfu Reyes, though, sees a tight battle between FEU and Ateneo.

In the first round, FEU defeated Ateneo in five sets but in the second round, the Lady Eagles avenged their loss via a straight-set win. 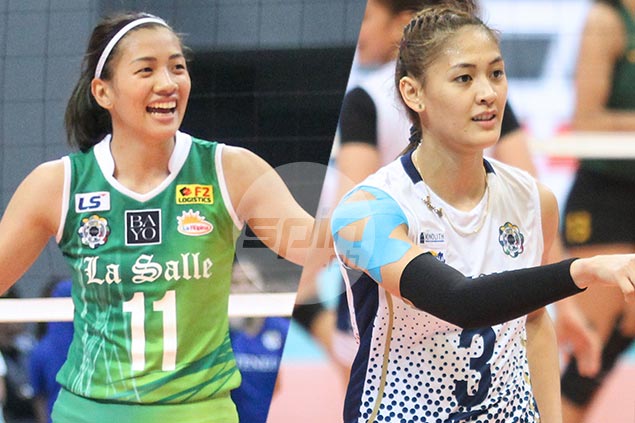 Acaylar again bets on the higher-seed, which in this case is defending champion La Salle.

“They are all good teams, lahat sila na nakapasok sa Final Four are very good. However, I believe that the twice to beat is very hard,” he said. “It’s the guts na lang ng NU and Ateneo kung paano ilaban sarili nila.”

Acaylar believes that for NU to topple La Salle, 6-foot-5 spiker Jaja Santiago must have a solid support from her teammates.

The veteran mentor also stressed that NU coach Babes Castillo must focus more on the technical side in his coaching rather than motivating his players as he goes up against 10-time UAAP champion tactician Ramil de Jesus.

Although La Salle is armed with a twice-to-beat advantage, Acaylar pointed out that the Lady Spikers must not be too complacent.

Laurel, a former University of Santo Tomas ace, likened the Lady Spikers to a well-oiled machine and won’t give the Lady Bulldogs any fighting chance.

“I think si La Salle, no doubt, has the advantage kasi ang NU noong second round parang nag-regress sila parang paatras,” he said, referring to the Lady Bulldogs 1-6 finish after ending the first round on top with a 6-1 record.

In contrast, the Lady Spikers were unbeaten in the second round.

Reyes, though, sees a glimmer of hope for NU against a dominant La Salle squad.