Dongallo and Gajero nailed the killer blows in the fifth set to upset the much taller Angels bannered by the pro players Myla Pablo, Ces Molina and Ria Meneses.

Gajero scored a clutch kill to put the Antipolo-based team at match-point, 14-12, before Grethcel Soltones answered with her own spike but Joyce Soliven nailed the game-winning attack. 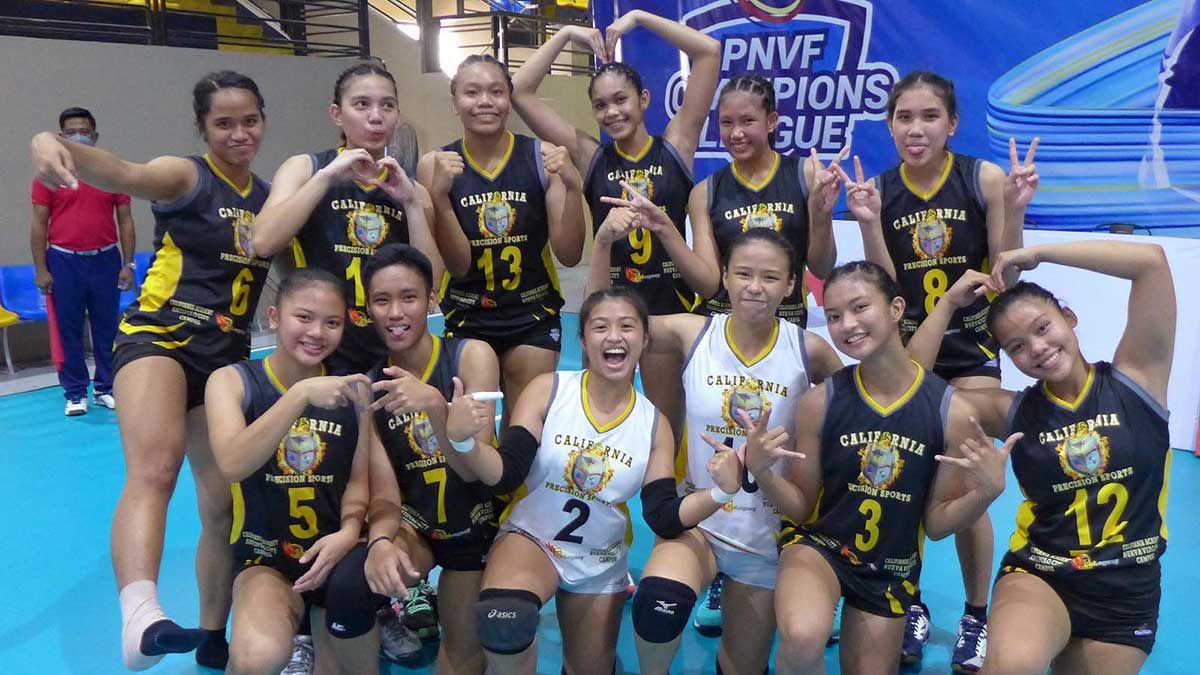 California finished its PNVF stint with 2-3 record, taking away the silver medal hopes of PetroGazz.

Gajero delivered seven of her 22 points in the fifth, where she gave her team an 11-6 spread before Soltones cut it down to 13-12 but she stopped the bleeding to complete their amazing comeback.

PetroGazz lost its chance to contend for the silver medal after the frustrating defeat, where they led two sets and even led in the third, 19-14, but California fought its way back to extend the match and dominated the fourth with the biggest spread, 21-9.

Ces Molina led the Angels with 22 points built on 18 attacks, three blocks and an ace. Soltones had 14 points on top of 21 excellent receptions and 11 digs as their team suffered its second straight lost, sliding to 2-2.

PetroGazz head coach Arnold Laniog fielded different rotations in the match with bench players Jessey De Leon and Jerrili Malabanan scoring 12 and 11 respectively as starters, while Myla Pablo only played in the last two sets and had four markers.

The Angels will try to cop the bronze medal against the Tuguegarao Perlas Spikers (2-2) on Thursday at 1:30 p.m.