Young California Precision players proving they can compete vs idols

The high school players from Antipolo, whose team has an average age of 16, came to prove they deserve to play against some of the best club teams in the Premier Volleyball League.

California’s do-it-all spiker Jelai Gajero, who impressed F2 Logistics coach Ramil De Jesus and skipper Aby Marano last Saturday’s opener, said they were not star-struck and intimidated against the pro players, all they wanted to prove was age is just a number.

Casiey Dongallo, who emerged as the team’s top scorer, averaging 19.7 points in four matches, said their young team was so happy to gain a lot from this stint despite losing their first three games as they gave a hell of a fight to champion teams F2 Logistics and Chery Tiggo, and Tuguegarao Perlas Spikers. 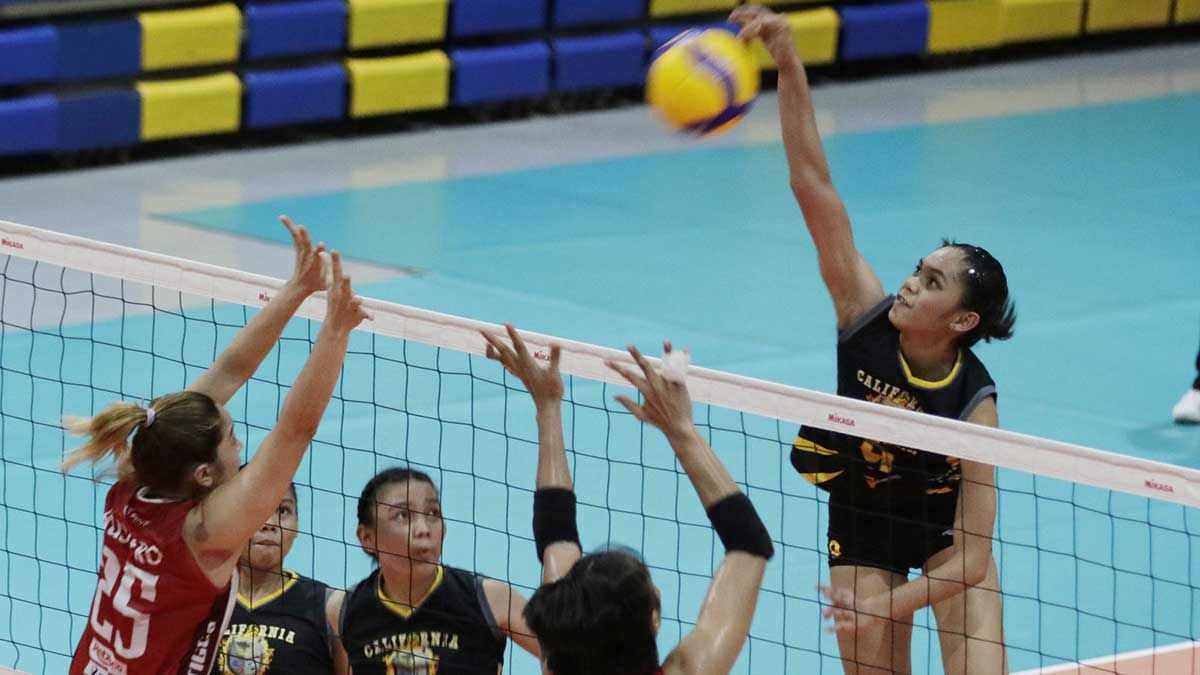 Antipolo’s youth brigade turned heads in all of their games, impressing pro team coaches and players like Kalei Mau as well as the fans who expressed their awe on social media.

Gajero, 17, was flattered but she and her teammates won’t stop striving to get better as their head coach and PNVF coaches’ commission chair Jerry Yee said that this team is being groomed to be a national youth team.

“Thank you po sa lahat ng nagco-compliment and we’re still trying our best po to be better,” she said. “We have nothing to lose kasi were just gaining our exposure and more experience po that we could use on our future games.”

Gajero and team captain Krizzie Madriaga said there are still a lot of things to improve especially their maturity as they continue to work hard.

California Precision Sports battles another pro team PetroGazz. And these young spikers are eager to wrap up their campaign on a high note, according to Madriaga.