Bagunas joined hands with Kenta Koga, who scored 27, in bringing back the winning ways of the Weisse Adler to avenge their five-set meltdown on Saturday. 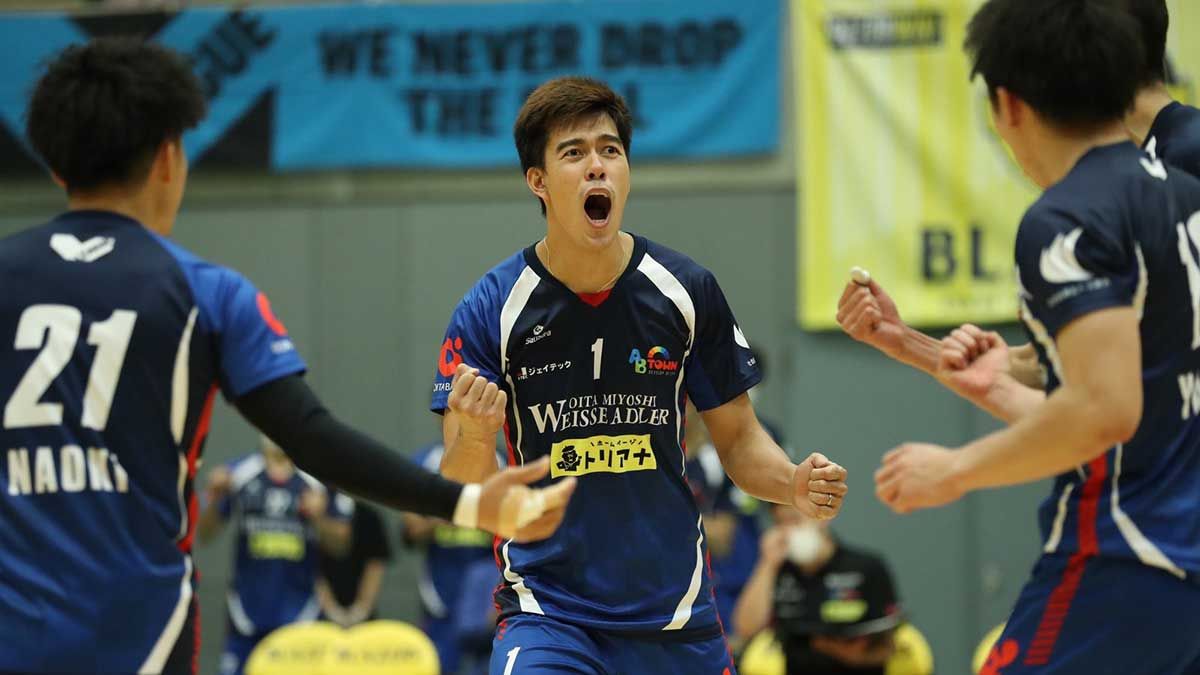 Koga drilled the big hits and finished with 26 kills and a block to show the way for Oita, while Bagunas scattered 17 attacks, four blocks and an ace to spark his team’s fightback from a 0-2 deficit.

Kota Yamada also shone with 18 points including two aces. Takashi Kawaguchi nailed eight of his 10 attack attempts and had three blocks to finish with 11 markers, while Shodai Abe added 10.

Oita Miyoshi improved to 3-13 still in the ninth place after it dealt VC Nagano’s 15th defeat in 16 games, reeling in the last spot of the 10-team field.

Indonesian import Rivan Nurmulki led the Tridents anew with 22 points off 19 spikes, two blocks and an ace but they failed to sweep Oita in their second meeting. Miromasa Miwa and Kota Ikeda added 19 and 17, respectively.

The Panasonic Panthers completed a weekend sweep on Espejo and Co. following their three-set rout on Saturday to tighten their hold of the fourth spot with 10-6 record.

FC Tokyo suffered its fourth straight defeat, sliding to 4-12 in the eighth place.

Espejo, who was held to six points on Saturday, had a better outing with 13 points built on 11 spikes and a pair of blocks but only to absorb another loss.

Espejo and Tokyo seek to bounce back against VC Nagano next weekend at the Sumida City Gymnasium, while Bagunas and Oita take on Panasonic in a pair of road games.