THE Spikers' Turf is about to turn professional.

With the Premier Volleyball League (PVL) applying for a professional status with the Games and Amusements Board (GAB), the men's volleyball league also organized by the same pioneering volleyball group is also following suit.

Sports Vision president Ricky Palou said that they will take the pro step once the league reaches an agreement with the team owners.

“We’d also like to make Spikers’ Turf a professional league but we sill have to talk to the team owners about it. Hindi pa namin nakakausap yung team owners,” Palou told Spin.ph. 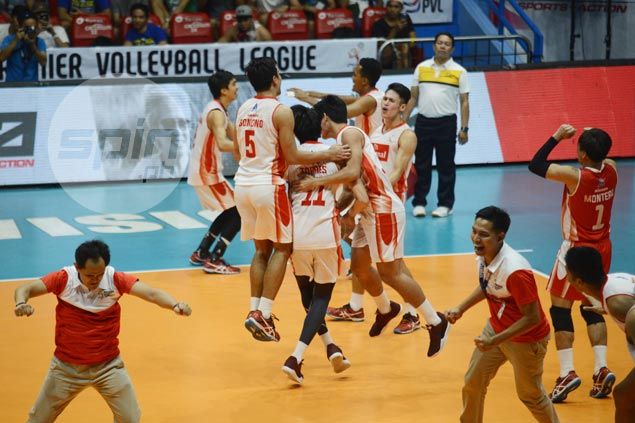 Last year’s Spikers’ Turf Open Conference had 24 squads including 15 school-based teams and five military teams, who will likely be classified as guest squads once the league turns pro.

Spikers’ Turf was founded in 2014 and had three seasons before merging with the PVL as its men’s division in 2017 until the 2018 Collegiate Conference. The league was revived two years ago, when Cignal won two of the last three conferences.

Marck Espejo of Cignal and Bryan Bagunas of Air Force are the only two professional players in Philippine men’s volleyball as they serve as imports overseas.

Espejo is a reinforcement for Bani Jamra in Bahrain's league, while Bagunas plays for Oita Miyoshi in Japan.

Meanwhile, Palou said the PVL still plans to hold a collegiate league despite getting a pro status for the league.

With collegiate players being barred to play in pro leagues, Sports Vision is planning to establish a separate league for college teams, both for men's and women's.

“That’s a separate tournament. We will not call it PVL anymore.’We’re still thinking about what to call it,” Palou said.