ALYSSA Valdez couldn't hide her frustration but expressed hope that Ateneo can learn a thing or two from its loss to arch-rival La Salle in their first meeting of the UAAP women’s volleyball season on Saturday.

Valdez was understandably forlorn after the Lady Eagles' 22-25, 14-25, 18-25 loss to La Salle, but the 22-year old pride of San Juan, Batangas still managed to let out a smile on her way to the press room of the Smart Araneta Coliseum.

“Hopefully we’re gonna go back and try to be better as a team and as individuals, ‘yun naman ang gusto ng coaches and ng players," she said. "Syempre, kailangan namin bumawi not even like thinking to win but to perform as a team and jell as a team.” 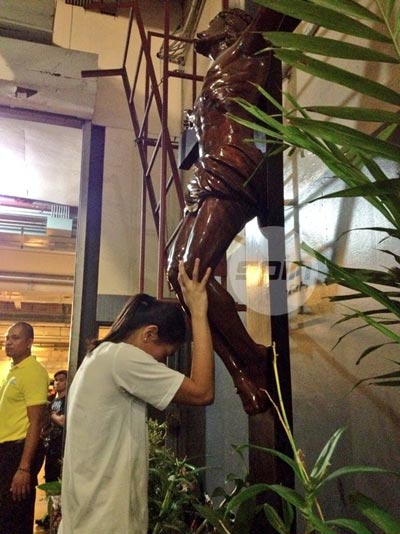 Ateneo’s perfect 6-0 run to the season and a 24-game winning streak dating back to Game Two of the Finals two seasons ago came to a shock end after the loss to La Salle, the same team the Lady Eagles defeated for the championship for two consecutive years.

Valdez took the loss in stride.

“But then if we’re not going to experience something like this, how can we manage to get up again and be on our feet again? So I guess there’s a reason naman for everything that’s happening in our team sa season,” she added.

As animated as she was during the interview, she refused to comment on the single block - and animated celebration - of La Salle rival Mika Reyes that served as the highlight of the Lady Spikers' win.

The two-time league MVP couldn't hide her frustration after being limited to just 11 points, her lowest output of the season. She also had eight of the team’s 16 excellent receptions - which she took as a sign that La Salle had targeted her in the back row all game.

“But it’s part of the game. I think ‘yun din maturity you have, to have that patience in times like this and coach Tai (Bundit) will always be there, coach Parley (Tupaz), to remind you it’s just a game,” she added.