Little training, no problem as fit-again Alyssa leads from the front

STA. ROSA, Laguna — Alyssa Valdez only had limited time to train with the women’s national team but she still delivered the goods for a rousing start in ASEAN Grand Prix Second Leg.

After missing the Nationals’ training camp and Bronze medal finish in the Thailand leg due to right ankle injury, Valdez made her presence felt right away, leading the rousing three-set victory over Vietnam on Friday’s opener before the ecstatic home crowd at the Sta. Rosa Multi-purpose Gym.

“First game back after ilang days na hindi ako nakapagtraining with the team. I'm really happy na nakakacontribute rin ako to the best of my abilities din,” said Valdez, who finished with game-high 14 points despite only training with the team on Thursday and Friday morning.

It was Philippines’ first three-set win over Vietnam in recent memory surpassing its pair of five-set wins in the Asian Volleyball Confederation Asian Women’s Seniors Championship 2017 and the first leg of Asean Grand Prix two weeks ago. 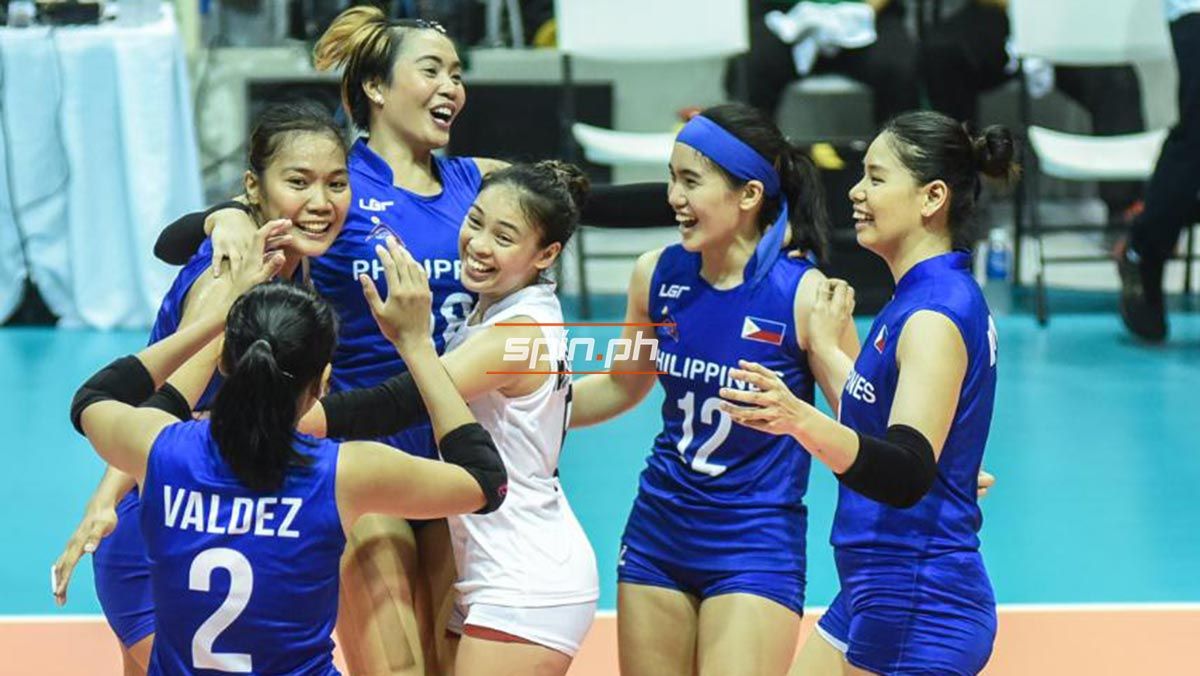 The national team mainstay nailed 12 kills out of 28 attempts, fired a pair of aces and had six excellent receptions but she attributed their great start to her teammate playing without Filipina-Americans Kalei Mau, nursing an achilles injury, and Alohi Robins-Hardy, who already begged off.

The Ateneo standout is also grateful for their seventh man in the court, their roaring homecrowd at the stands, for keeping the Filipina Spikers energized and motivated all-game long.

However, Valdez and other PVL players Morado, Jovelyn Gonzaga and Maddie Madayag already rushed their way to the airport and going to miss the Philippines’ match against powerhouse Thailand on Saturday due to their Open Conference matches in Iloilo City.

But the star open spiker believes that her remaining teammates will step up and national team head coach Shaq Delos Santos has already put up a game plan for their absence.

The PVL stars will return to action against Indonesia on Sunday.

“We're going to be back on Sunday to really contribute and help the team at the same time,” Valdez said.