John Vic de Guzman and Mark Alfafara powered the Aguilas in completing a Pool A sweep with a 25-15, 28-26, 25-20 victory over the debuting Basilan Steel Spikers. 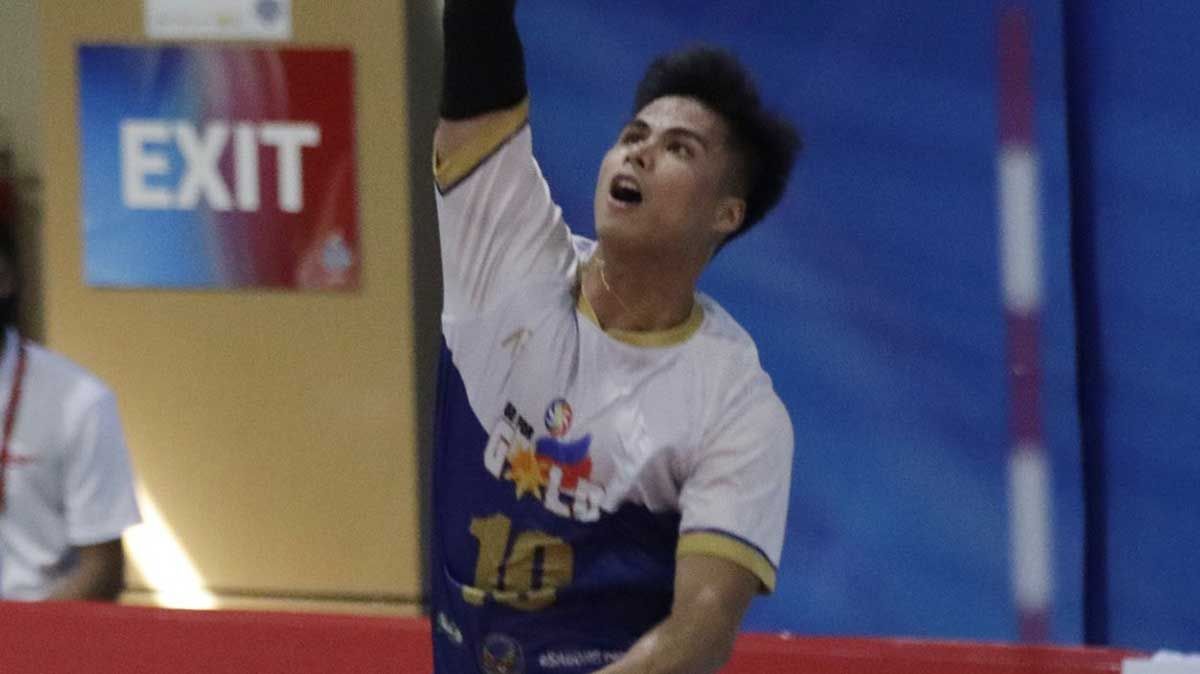 His fellow newcomer Alfafara drilled 13 points, while Berhashidin Daymil added nine markers as the Aguilas clinched the No.1 spot in Pool A, heading to the knockout semifinals on Friday, where they will battle Pool B’s second placer.

Esmail Kasim and Mohammad Sulayman led Basilan with nine points. The Steel Spikers are in a must-win situation against fellow 0-1 VNS Manileno Spikers on Wednesday at 1:30 pm.

Jelord Talisayan led the balanced attack of Spikers with 18 points and had six digs and as many as excellent receptions to outshine their more experienced foes that has national team members Joeven Dela Vega, Ish Polvorosa and Jack Kalingking.

Charles Absin was also instrumental with 12 attacks and three blocks for 15 points. Ramil Dela Cruz added 10 markers, while setter Geonel Regalado made 34 excellent sets on top of his six points to outplay Global Remit playmaker Polvorosa, who had 29.

“After our five-set loss kahapon, the morale was really down but its a matter of character, lumabas po talaga yung character ng Sabong International Spikers which is palaban,” said SIS trainer John Sinapuelas referring to their five-set loss to MRT-Negros on Monday.

“Hindi kami sumusuko nang madali kaya this bounce back win is very meaningful to all of us.”

Adding to the woes of Global Remit’s second straight defeat was Ron Medalla’s left knee injury in the second set.

Down 16-22 in the second set, Medalla soared for an attack but landed badly that hurt his left knee that forced him out of the game.

The Ateneo standout wasn’t able to return after he was carried by his teammates and coaches out of the court.

Medalla, who finished with a point and six excellent receptions, was rushed to N.L. Villa Memorial Medical Center in Lipa.

Sabong International is seeking to upset the unbeaten Dasma (2-0) on Wednesday morning to barge in the semifinals, while Global Remit and MRT-Negros, both tied at 1-1, fight for survival at 4 pm.

Earlier, Ronniel Rosales delivered the clutch blows to save Team Dasma from the late flurry of MRT-Negros, 25-16, 22-25, 25-20, 25-23, and clinch the first semis berth in Pool B with their second straight win.

Dasma trailed 22-23 in the fourth set but Rosales came to the rescue, nailing the set-tying running attack and a clutch block on Negrense skipper Christian Marcelino for the match point followed by a crucial setting error from Louie Pudadera.

Mark Calado and Madz Gampong led Dasma with 13 points each, while Rosales had 10 points including three blocks to put their team a win away from clinching a semis berth.

Jet Nonoy led the Negrenses with 15 points. Marcelino and Matthew Salarzon finished with 14 markers apiece, while Leo Ordiales had 10 only for them to slide with 1-1 record.