Satar Salem, 23, bested two teammates as the powerhouse triathlon team SND Barracuda dominated the competition organized by Fuerza Multisport for the city government of Zamboanga in connection with the city’s annual Hermosa Festival.

Salem was more than seven minutes ahead of his closest rival, Paul Jumamil, as he crossed the finish line in front of the iconic City Hall in two hours, 18 minutes and 5 seconds. Jumamil was a distant second with 2:25:47 while John Alcala was third in 2:27:13.

The women’s field was dominated by one of the country’s top age groupers, Compressport race ambassador Ines Santiago of Herbalife, who took the women’s overall title in 2:47:34. She was almost 20 minutes clear of the second placer, Barracuda’s Angelica Jasmin Rejas. Rena Marte of Trimac was third overall.

Mayor Beng Climaco sent the triathletes off with a gong as more than 200 participants plunged into the vinta-lined swim course off the city’s Paseo del Mar to start the swim-bike-run distances of 1.6 k, 43 k and 12k. The event was part of city’ month-long celebration of the annual Hermosa Festival, the oldest and one of the most colorful festivals in the country. 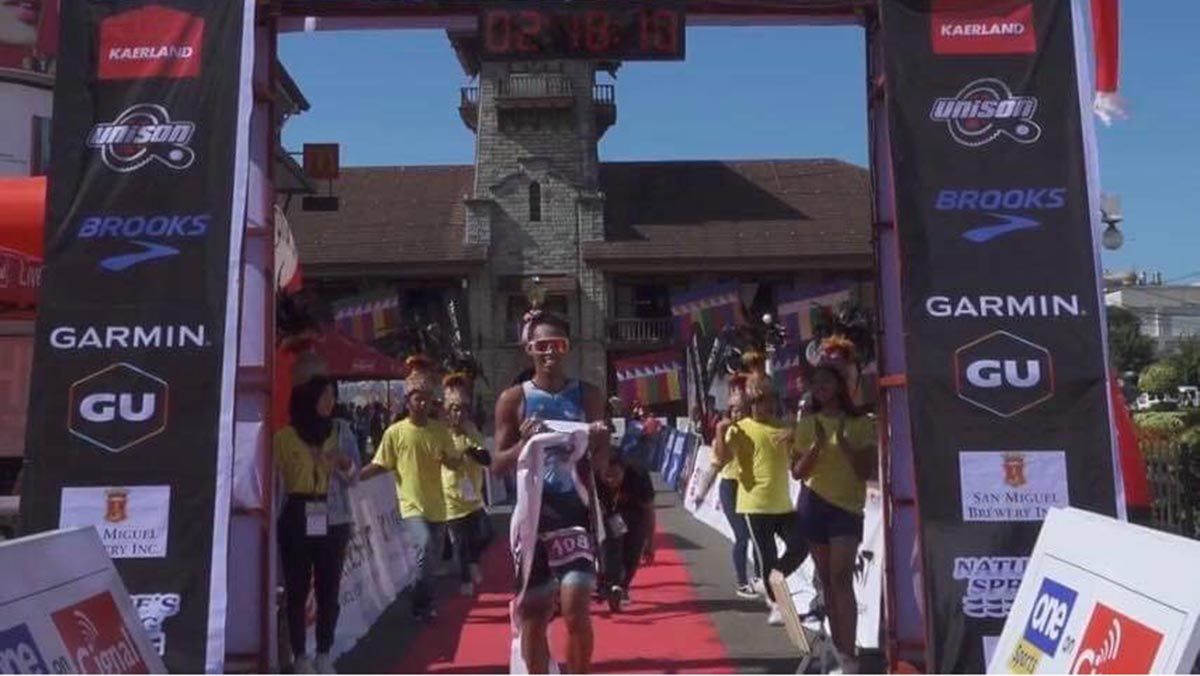 The event was organized by Fuerza Multisport, led by triathlon coach and race director Jojo Macalintal, in coordination with the city’s special events head, Christian Olasiman.

Salem, one of the country’s most promising young talents in the swim-bike-run multisport, is a member of the talent-laden team Tri-SND Barracuda sponsored by Mayor Ulwan Dimaporo of Sultan Naga Dimaporo (SND) town in Lanao del Norte.