THE Philippines will be missing four of its top national triathletes when the longest running triathlon in the country, the 23rd Asian Triathlon Cup, is held from April 24-26 in Subic Bay.

Kim Manrobang and Nick Huelgas are both in Portugal while Claire Adorna and Jomar Sain are in Australia as part of their preparations for the Southeast Asian Games this June in Singapore.

Around 600 participants are expected to race in the two-day event with at least 80 foreign athletes from Japan, Malaysia, Mongolia, Macau Syria and Uzbekistan.

"We have very good chances ... our focus is still on development," said Carrasco who noted that the athletes to beat are still the Japanese.

The ASTC Cup is a 4-in-1 event beginning with the Asia Cup 2015 Series event where local and international athletes compete for ITU points for Asian and world ranking, and qualification for international competitions.

Male and female winners in the National Age Group Championships will be sponsored by Trap to the Asia Cup event in Taiwan in June 2015 while the top 3 finishers in the Inter-Club competition will be declared the National Triathlon Club champion and runners-up.

It will also serve as a national triathlon tryouts where promising performers will be qualified to and considered for the national pool with the opportunity to represent the Philippines in international competitions.

A new race course has been laid out in the former US Navy base. The 1.5 km swim course will be off the Malawaan coast. The first transition area will be along Argonaut Avenue prior to the 40 km bike course that will follow the coast, with an absence of steep climbs but cyclists will face false flats and the ever-present cross and head winds.

In the final leg, the triathletes will embark on a 10 km run on the back roads of the Central Business District, circuiting through Rizal, Burgos and Dewey streets before heading to the finish line at Harbor Point Mall. 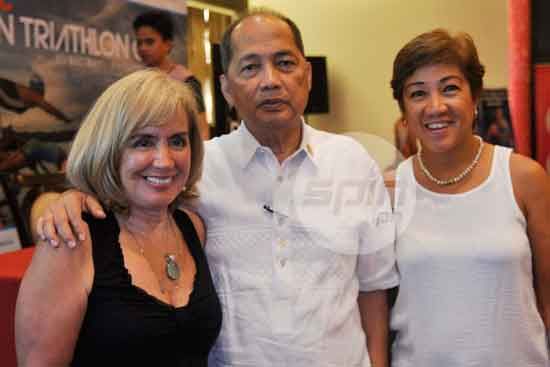