THERE might be wheelchair tennis competition at the 2020 US Open, after all.

The US Tennis Association acknowledged on Friday (Saturday, Manila time) it should have consulted wheelchair athletes before announcing their events at Flushing Meadows were being canceled — and now is willing to change its stance.

USTA spokesman Chris Widmaier said in a telephone interview that there are three options on the table for US Open wheelchair tennis, including the original plan to offer a fund for those athletes in place of having them play in New York during the Aug. 31 to Sept. 13 Grand Slam tournament.

The plan announced Wednesday for holding a scaled-down tournament amid the coronavirus pandemic included cutting various competitions to reduce the number of people on-site for better social distancing. Wheelchair, junior and mixed doubles competitions were dropped altogether, singles qualifying was eliminated, too, and the fields for women's and men's doubles were halved to 32 teams apiece.

The USTA is giving $3.3 million to each of the men's and women's tours to distribute to players who will miss out on participating in singles qualifying or a full, 64-team doubles draw. 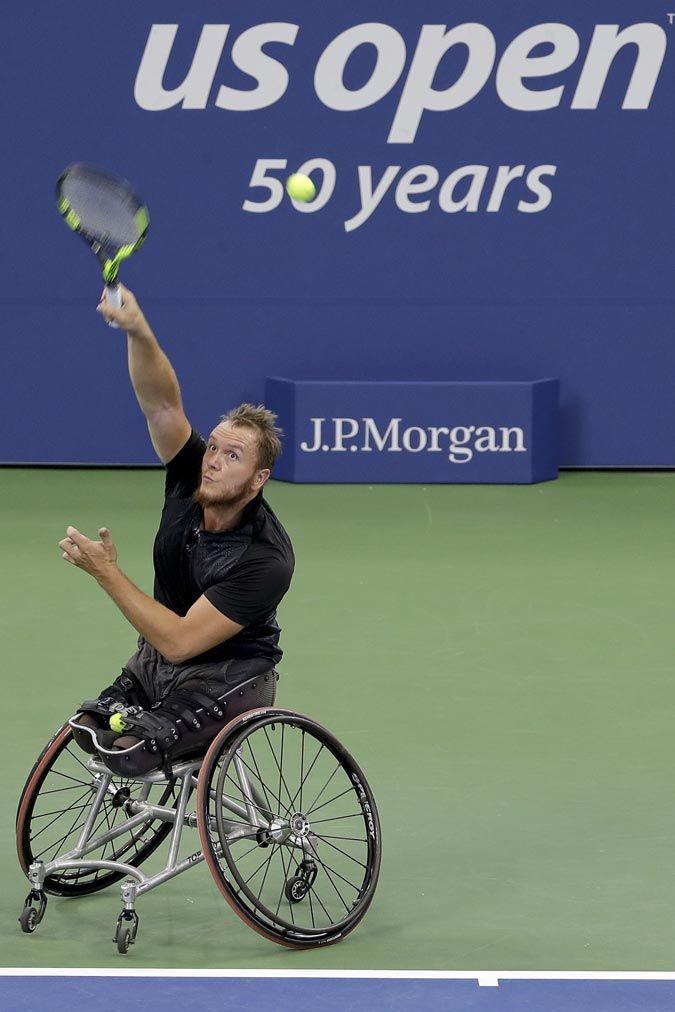 After some wheelchair athletes complained about their exclusion, the USTA said in a statement on Friday that CEO Mike Dowse, US Open tournament diector Stacey Allaster and wheelchair tournament director Jo Wallen spoke on the telephone with players and wheelchair tennis leadership from the International Tennis Federation.

"On the call, the USTA acknowledged that the Association should have communicated directly, and worked in a collaborative manner, with the wheelchair athletes when developing the plan for the 2020 US Open, as it had done with both the ATP and WTA," the statement said. "The USTA also committed to working with the players and the ITF to explore a number of potential scenarios for the Wheelchair Competition to determine the best approach moving forward for the athletes and the competition."

Widmaier would not go into details about the options the USTA offered.

But wheelchair athlete Stephane Houdet — who has won two of his four Grand Slam singles titles, and four of his 18 Grand Slam doubles titles at the US Open — tweeted about them:

— cancel the 2020 competition but have $150,000 in total compensation for wheelchair athletes;

— hold the US Open wheelchair matches in Orlando, Florida, where the USTA National Campus is;

— hold the competition in Flushing Meadows during the US Open but with a 5% reduction in compensation from 2019, which was $325,000.