Early treat as Serena, Sharapova set to renew rivalry in US Open first round

NEW YORK — Serena Williams and Maria Sharapova will finally meet in the U.S. Open, and they'll do it in their very first match.

A long-awaited Roger Federer-Rafael Nadal showdown could come only in the final.

Williams and Sharapova, past U.S. Open champions and two of the biggest stars in women's tennis, were scheduled for an opening-round matchup when the draws were conducted Thursday (Friday, Manila time) for the final major of the year.

Williams and Sharapova have met in the finals of the other three majors and the 2012 Olympics but have never played each other in the U.S. Open. Williams owns a 19-2 record in their WTA Tour matchups and has won 18 in a row, but that lopsided number shouldn't do much to dampen the hype around what will be the marquee match of the opening round at Flushing Meadows, which starts Monday.

Williams will begin another bid for a record-tying 24th Grand Slam singles title. Sharapova isn't the same player she was when she won the 2006 U.S. Open championship — or beat Williams two years earlier in the final at Wimbledon — but remains one of the most popular players among fans in New York.

She was given a wild card into the tournament two years ago shortly after returning from a doping suspension and promptly scheduled for a match on Arthur Ashe Stadium, where she upset No. 2 seed Simona Halep. U.S. Open officials kept putting Sharapova on the main court in her next couple of matches, drawing complaints from some players who felt an unseeded player wasn't worthy of such a prime position.

That shouldn't be a problem this time, as a Williams-Sharapova matchup is too big for anywhere other than Ashe.

They haven't played since the 2016 Australian Open. They were scheduled to meet last year in the fourth round at the French Open in what was Williams' first major tournament after returning to tennis following the birth of her daughter, but she pulled out of the match with a pectoral muscle injury. 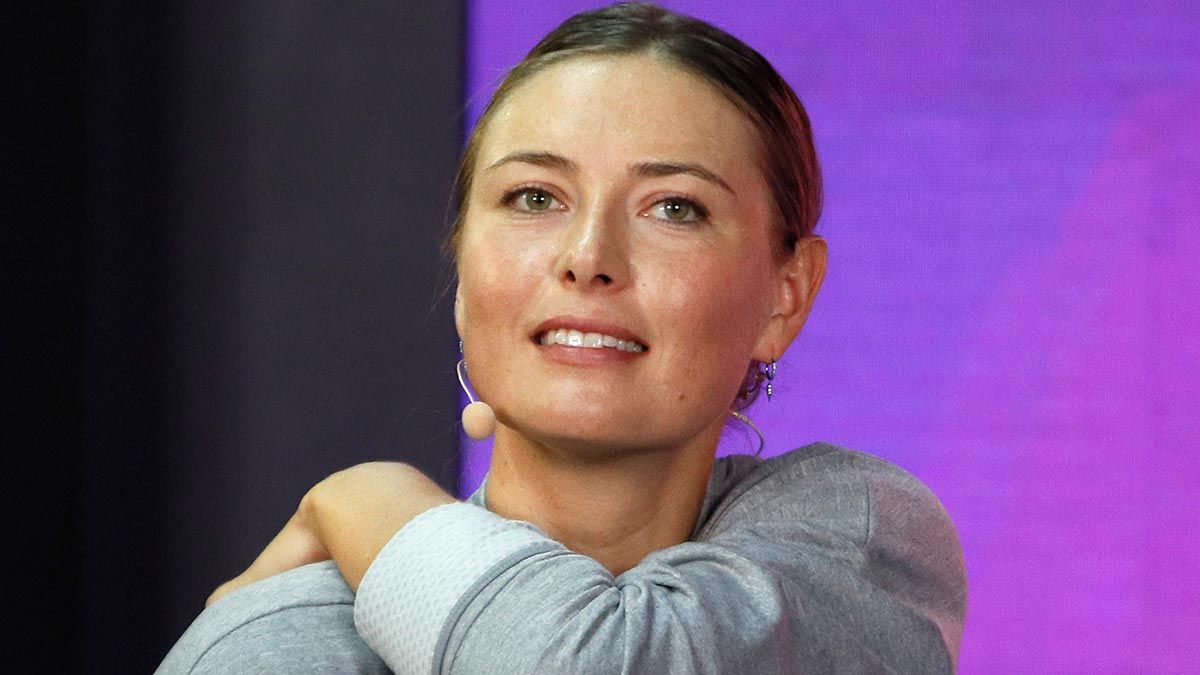 The men's draw sent No. 3 seed Federer into the top half, meaning he could play top-ranked Novak Djokovic in the semifinals. They met in a classic final at Wimbledon, where Djokovic won in a fifth-set tiebreaker.

Federer and No. 2 seed Rafael Nadal have never played each other in New York and could do so this year only if both make the final.

Djokovic might have to beat both to repeat as U.S. Open champion — and could face a tough obstacle just to get there with a potential quarterfinal against No. 5 seed Daniil Medvedev. Medvedev upset Djokovic in the semifinals of the Western & Southern Open en route to the title in what was his third straight week reaching a final.

Unlike some players, Djokovic said he does look at his draw beyond the next match to see his potential path. But he resisted the first opportunity to do it, declining an offer to peek at his bracket during an interview on ESPN when the draws were unveiled.

Nadal faces a potential first-round test against John Millman, the Australian who knocked Federer out in the fourth round at Flushing Meadows last year. Nadal could possibly face fourth-seeded Dominic Thiem in the semifinals.

Other interesting first-round matches on the men's side include an all-Canadian affair between No. 18 seed Felix Auger-Aliassime and Denis Shapovalov, and eighth-seeded Stefanos Tsitsipas against Andrey Rublev, who routed Federer last week in the Western & Southern Open.

The other potential men's quarters: Federer against No. 7 Kei Nishikori, Nadal against No. 6 seed Alexander Zverev and Thiem against Tsitsipas.

Women's top seed Naomi Osaka, who beat Williams in last year's final for her first major title, could face a third-round match against Coco Gauff, the 15-year-old American who made it to the fourth round at Wimbledon and was given a wild card into the U.S. Open.

The potential women's quarterfinals: Osaka against No. 7 Kiki Bertens, Williams against No. 2 Ash Barty, No. 3 Karolina Pliskova against No. 5 Elina Svitolina and Halep against No. 6 Petra Kvitova.

Vera Zvonareva, the 2010 U.S. Open runner-up, and Anna Karolina Schmiedlova withdrew with injuries before the draw was conducted. With Amanda Anisimova's earlier withdrawal, the women's draw will feature three players who lose in qualifying.