AT a young age, Alex Eala already figured out what she wants to become: That is to turn professional.

Starting next year, the 14-year-old Eala, No. 13 in the world in the ITF junior girls singles rankings, said she will start competing in the pro circuit.

“Yes I want to go pro, obviously it’s one of my goals so I think (starting next year) I will definitely be joining more pro tournaments,” said Eala.

The country’s most promising tennis player graced Tuesday’s Philippine Sportswriters Association (PSA) Forum at Amelie Hotel with her father Mike Eala one day before she leaves for Spain.

Eala is a scholar at Rafael Nadal Academy where she is in Grade 9 at the American International School in Mallorca. 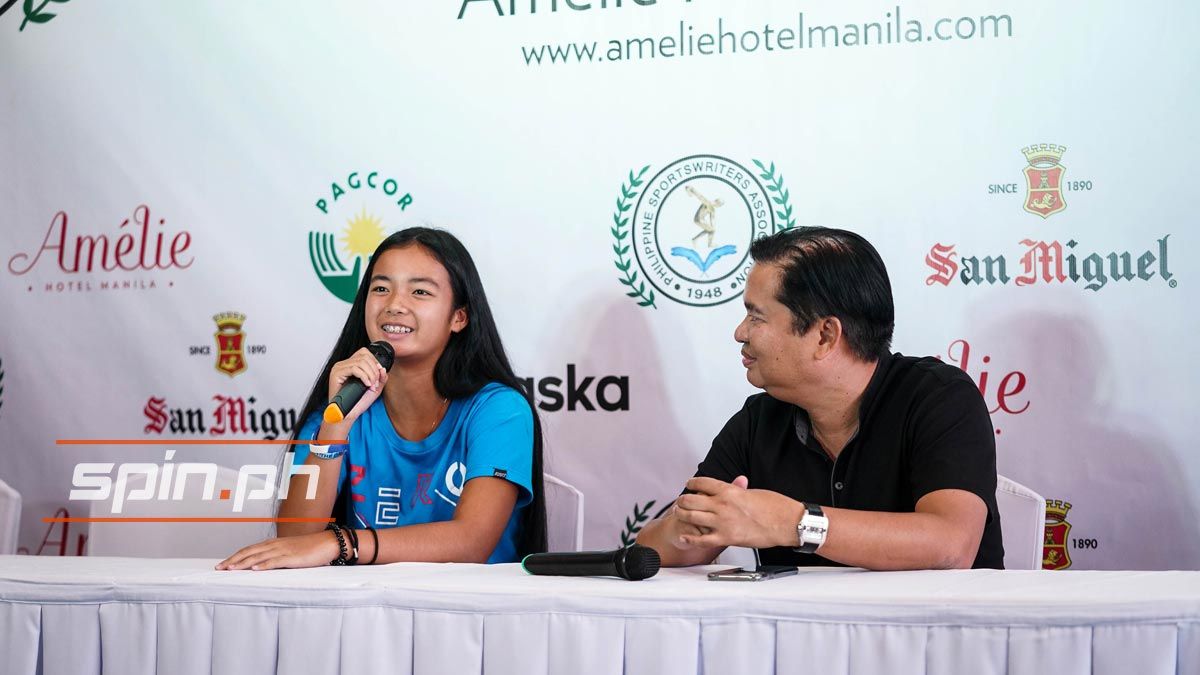 “The minimum age of playing for professional tennis is 14 years old, and Alex turned 14 last May,” said Alex’s father. “Ang tricky part there is you have to reach a minimum number of points before you can get to the main draw of the (pro) tournaments.

“So the plan for Alex if she gets to the top 5 of the juniors, you get wildcards to play in the tournaments. So this is more or less the thinking of how we can fast-tracked the rise in the tournaments sa pro. But definitely next year will be a good mix of junior tournaments and pro tournaments,” added the elder Eala during the session presented by San Miguel Corp., Braska Restaurant, Amelie Hotel, and the Philippine Amusement and Gaming Corporation (PACGOR).

“Junior tournaments will definitely be the four grand slams, and then sa pro, we still have to work out kung ano yung mga calendar ng tournaments na sasalihan niya.”

The Filipina teener skyrocketed in the juniors ranking, starting from 113th in January, after she captured the ITF juniors title in Cape Town in South Africa and then finished runner-up in ITF Osaka Mayor’s Cup in Japan.

“Those GAs (Grade A) tournaments certainly boosted my confidence because I know that I can compete in high level meets,” she said.

The tournaments were classified Grade A which are next level to the grand slams. Eala also made it to the second round of the US Open juniors competitions in September.

Her feat in Japan coincided with the tryouts for the Southeast Asian Games, but Eala said she will be open to representing the Philippines in future international meets.

“In the tournaments that I play usually I am the only Filipina, so I guess I represent the Philippines as well,” added the niece of former PBA Commissioner Noli Eala.

“But I will be honored to be part of the women’s SEA Games team. I will be very open to joining it in the future if I have future opportunities.”

Added Alex’s father: “That Osaka tournament was very crucial to get her to play the four grand slams next year.”

The Philippine team of Eala, Alexa Milliam and Jen Prulla placed fifth in the World Juniors Championships in Czech Republic.

Alex will play in two tournaments before the end of the year, including a Grade A event in Florida next month.

“Hopefully, I can get my rankings a little bit higher by the end of the year,” she said.