MASON, Ohio — Nick Kyrgios was fined $113,000 by the ATP for expletive-filled outbursts in which he smashed rackets, insulted a chair umpire and refused to get ready to return serve during a second-round match at the Western & Southern Open.

The tour announced the penalties Thursday (Friday, Manila time), a day after Kyrgios berated chair umpire Fergus Murphy and left the court to break two rackets during a 6-7 (3), 7-6 (4), 6-2 loss to Karen Khachanov.

The ATP listed a breakdown of eight fines ranging from $3,000 to $20,000 each for violations such as unsportsmanlike conduct, verbal abuse and audible obscenity.

The tour also said it is "looking further into what happened during and immediately after the match" to determine whether additional fines or a suspension is warranted.

Kyrgios is a 24-year-old Australian who is ranked 27th this week. He is a volatile sort who repeatedly has gotten in trouble for on-court actions. He was kicked out of the Italian Open in May after throwing a chair and being suspended by the ATP in 2016 for not trying to win and insulted fans during the Shanghai Masters.

This month, Kyrgios won the Citi Open title in Washington and said he had turned a page in his professional and personal lives. 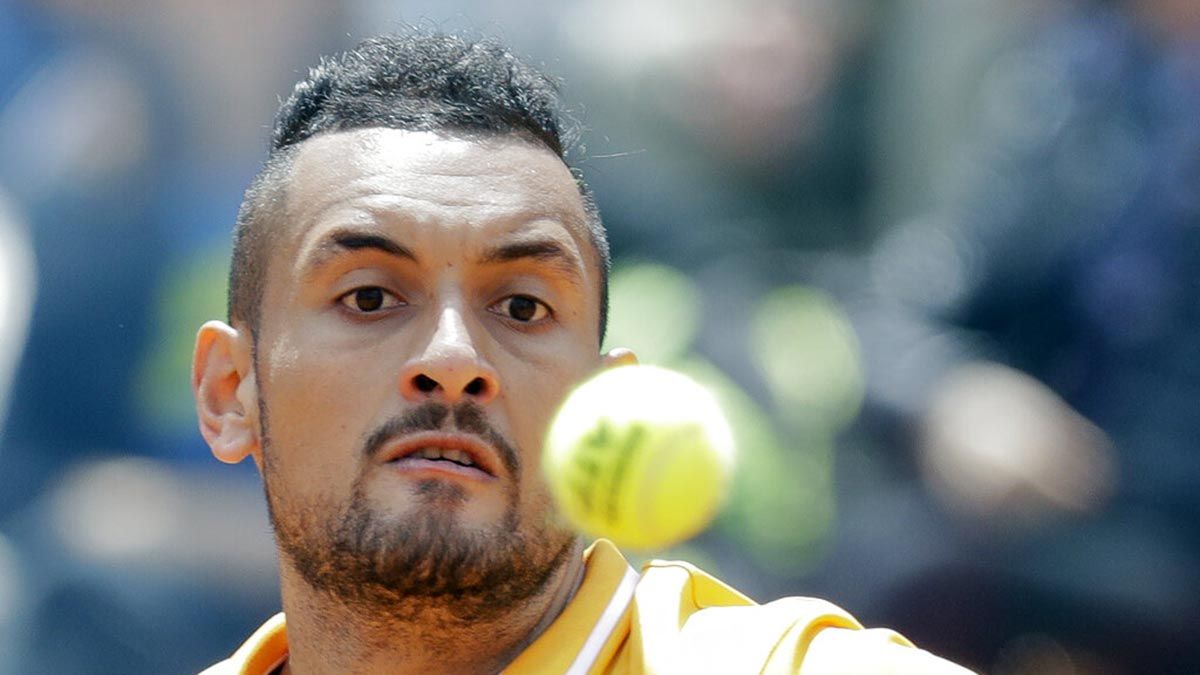 In the last match on center court Wednesday night, he was back to his old form. During a change-over in the second set, he yelled from his chair: "The worst ref in the game, hands down. He then vulgarly insisted the umpire does something "stupid" every time he plays.

Early in the third set, he took two rackets to the tunnel that leads to the locker room, smashed them on the ground and returned to the court. Warned that he needed to get ready to return Khachanov's serve, he took a new racket to the baseline and stood taping the handle instead of getting in position to play.

"He can serve the ball," Kyrgios said as he casually wrapped the handle. "I'm ready. I'm here. Serve it."

Unsure what to do, Khachanov held off until Kyrgios was ready. Then he finished off the third set, and Kyrgios offered another expletive as he left the court.