MELBOURNE, Australia — Her Grand Slam losing streak up to four matches, Maria Sharapova surely was aware questions about her future would be coming.

She wasn't able to provide answers.

Might this have been her last trip to the Australian Open, a tournament she won in 2008 as part of a career Grand Slam?

"I don't know," Sharapova said, her head shaking and eyes looking down. "I don't know. ... It's tough for me to tell what's going to happen in 12 months' time." 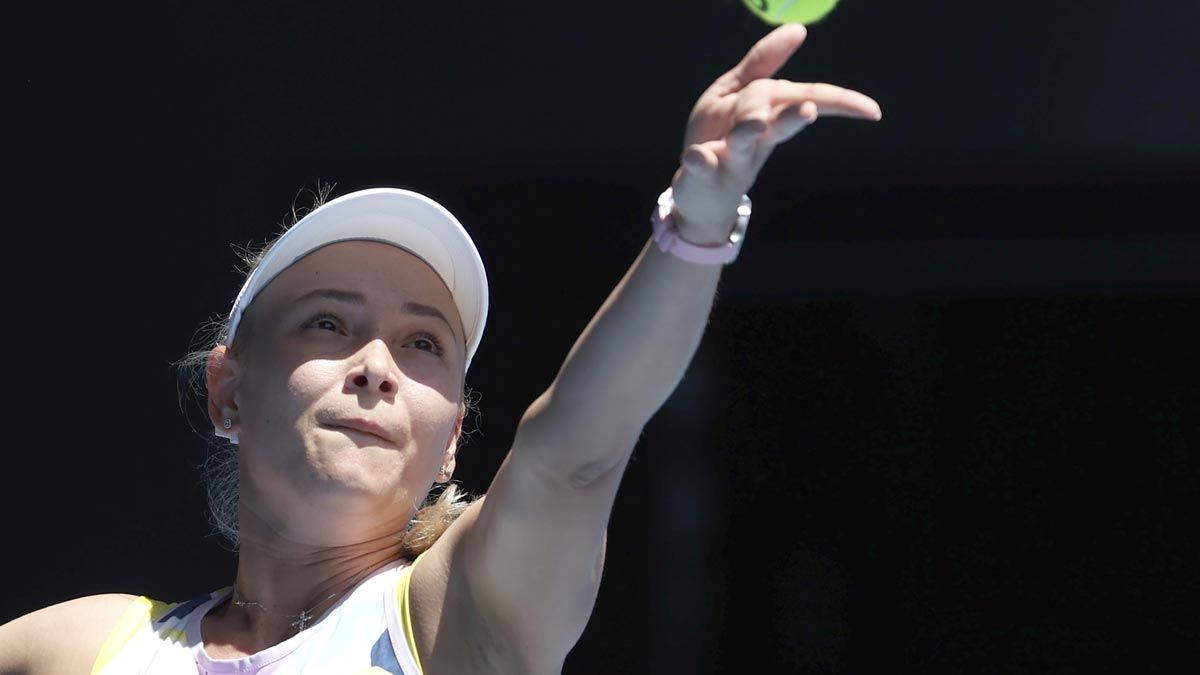 Might she enter low-level tournaments to try to raise a WTA ranking that once was No. 1, all those years ago, already was only 145th entering play at Melbourne Park and now will tumble outside of the top 350 following a 6-3, 6-4 loss to Donna Vekic on Tuesday?

"I just don't know," Sharapova said. "I haven't thought of my schedule moving forward from here yet."

After a rainy Day 1 filled up Tuesday's schedule so much that at least eight matches needed to be postponed until Wednesday, the sun was out and there was plenty of action around the grounds at the first Grand Slam tournament of the decade. Joining Sharapova on the way out were three-time major semifinalist Johanna Konta, 2019 French Open semifinalist Amanda Anisimova and the 20th-seeded man, Felix Auger-Aliassime. 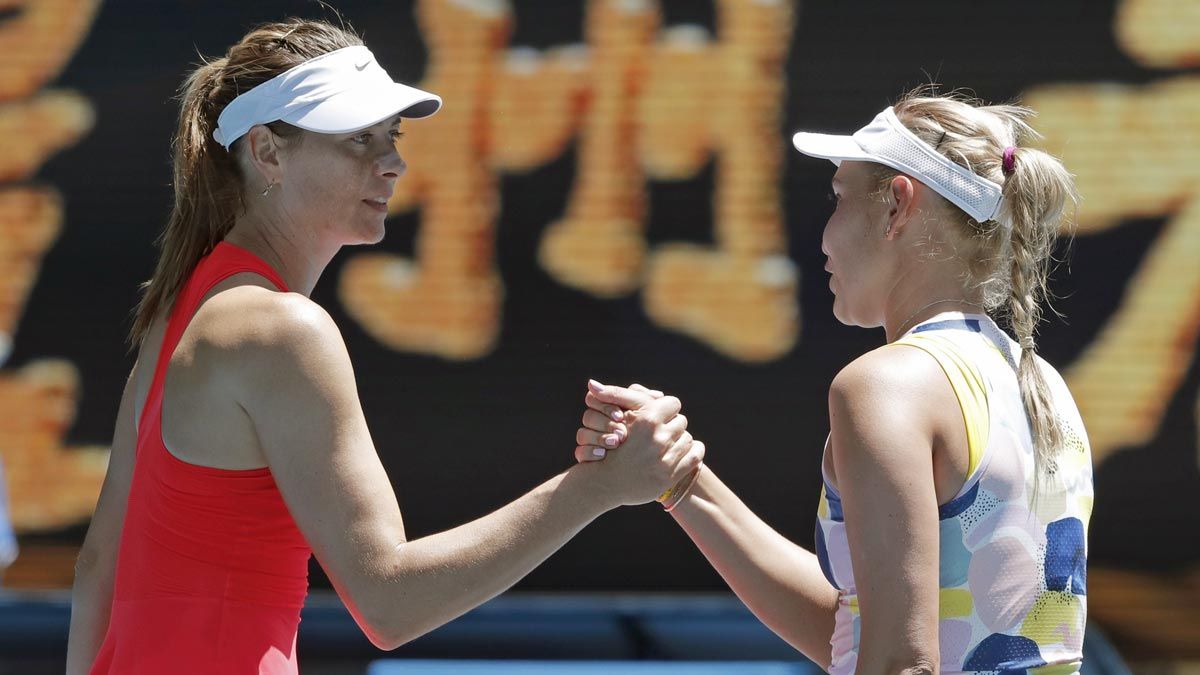 This is the only time in Sharapova's long career that the 32-year-old Russian has lost in the first round at three consecutive major tournaments.

Indeed, there only was one other instance of Sharapova dropping opening matches at Slams twice in a row: All the way back in 2003, when she was a teen and made immediate exits at the very first two major appearances of her career.

Hampered by right shoulder problems that have been an off-and-on issue for more than a decade, Sharapova is no longer the player she once was. One difficulty is simply that shoulder itself; another is the lack of match play because of her health. And since serving a 15-month ban after failing a drug test at the 2016 Australian Open, Sharapova has only reached one major quarterfinal.

She played a total of 15 matches last season, going 8-7. After a promising run to the fourth round in Melbourne a year ago, including a victory over reigning champion Caroline Wozniacki that was her most recent win against a top-20 opponent, Sharapova went 5-6 the rest of 2019.

"It's tough to say I'm on the right track right now, 45 minutes after the match," she said Tuesday. "But, I mean, there is no way to get out of it except to keep believing in yourself, because if you do do all the right things and you don't believe in yourself, then that's probably a bad formula."

Against the 19th-seeded Vekic, who's never been past the second round at the Australian Open, Sharapova appeared to be righting herself at the outset of the second set, grabbing a 4-1 lead, before ceding the final five games.

"She's still hitting it as hard as I can remember," Vekic said.

Perhaps. But Sharapova was not putting the ball where she wanted, especially on her forehand side, which produced 18 miscues alone — more than Vekic's full unforced error total of 17.

"She had some amazing results in her career. You know, her work ethic is pretty amazing. I saw her training in the offseason and she's really working hard," said Vekic, who practiced with Sharapova before the start of the season. "So I think her results will come."

No one can know, of course. That includes Sharapova herself.

"As far as the work that I did, yeah, I did all the right things. I put in all the right work. There is no guarantee that even when you do all of those things, that you're guaranteed victory in a first round or in the third round or in the final. That's the name of this game," she said. "That's why it's so special to be a champion, even for one time."