Leylah Fernandez rises from a set down to beat Pavlyuchenkova

Fernandez, the US Open runner-up, fought off a break point in the eighth game of the third set for a 5-3 lead. Pavlyuchenkova held to trail 5-4 before Fernandez served out the match in which she trailed a set and a break.

Fernandez is winning in doubles, too. She and partner Coco Gauff have reached the quarterfinals.

Iga Swiatek routed 25th-seeded Veronika Kudermetova, 6-1, 6-0. Swiatek has dropped just five games in two matches during her first visit to the combined ATP and WTA tour event. She needed just 54 minutes to get by Kudermetova on the first anniversary of the Polish player winning the French Open.

"I was just feeling pretty confident," she said. "But basically, I wanted to make a gift for my psychologist because usually when I lose there is some drama, so let's just say she has the day off today."

Two-time major champion Murray beat 18-year-old Carlos Alcarez 5-7, 6-3, 6-2 to reach the third round for the first time since 2016. The 34-year-old Scotsman got into the tournament as a wild card. Alcarez hit 36 winners to 18 for Murray.

"I felt like in the second set he played maybe better," Murray said. "First set I felt like I had more of the opportunities but didn't get it so yeah, happy with the way I fought. He's a top-drawer young player." 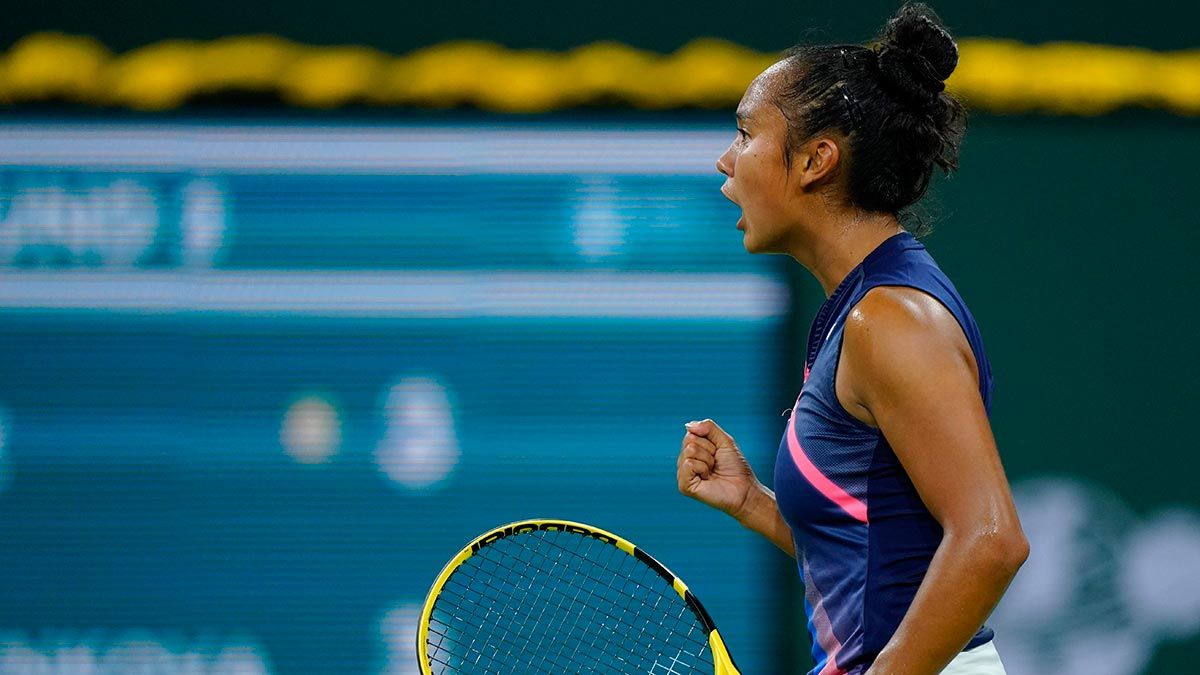 Leylah Fernanez earlier reached the doubles quarterfinals with Coco Gauff of the US, beating Demi Schuurs and Nicole Melichar Martinez in straight sets.

Aliaksandra Sasnovich continued her roll, beating 11th-seeded and 2015 winner Simona Halep 7-5, 6-4. It was Sasnovich's second straight upset of a former major champion. She took out U.S. Open winner Emma Raducanu in her second match at Indian Wells. Sasnovich has won three straight main-draw matches for the first time since 2019.

Also advancing was No. 4 Elina Svitolina, who beat 32nd-seeded Sorana Cirstea 4-6, 6-4 7-6 (3). Americans Shelby Rogers and Jessica Pegula advanced to the round of 16 with straight-set wins.

Also on the men's side, No. 5 seed Matteo Berrettini defeated Alejandro Tabilbo 6-5, 7-5 in his opening match. He'll next face 31st-seeded Taylor Fritz, who beat Brandon Nakashima 6-3, 6-4 in an all-American match-up.

Berrettini, who owns two titles this year, won for the first time in his third appearance at Indian Wells.

"I love the conditions here, the place, it's amazing," he said. "I didn't know Alejandro that well. He played three matches here so he was feeling confident. He believed that he could win and I felt it, so it was even tougher to beat him."