Picking up from where she left Wimbledon, Coco Gauff wins U.S. Open debut at 15

Just 15, she doesn't seem to find any deficit too daunting. She demonstrated that in her U.S. Open debut Tuesday night (Wednesday, Manila time), much like she did at Wimbledon last month.

With her parents jumping out of their front-row seats and a raucous partisan crowd backing her at Louis Armstrong Stadium, Gauff trailed by a set and a break, then again by a break in the third set, before getting past Anastasia Potapova of Russia 3-6, 6-2, 6-4.

"I was trying to calm myself down," Gauff said in her on-court interview. "I was almost out."

That she was. But similar to the way she saved match points in a Centre Court match at the All England Club during her captivating run to the fourth round there, Gauff did not give in or give up.

All along the way, her mother and father were clapping and yelling, celebrating nearly every point their daughter claimed.

"I think I gave them a heart attack, especially my mom," Gauff said. "And my dad, he looks a little bit tired over there, too."

As strong as her serve and other strokes are, she's already showing an ability to make adjustments during a match and figure out ways to win against older opponents, time and again. Gauff was ranked 313th when she got a wild-card invitation into qualifying at Wimbledon, then became the youngest player in history to make it through those preliminary rounds at that prestigious tournament to make her first Grand Slam appearance.

After beating Venus Williams in the first round, then a 2017 Wimbledon semifinalist in the second, Gauff got to Week 2 before her surprising showing there ended with a loss to eventual champion Simona Halep.

It was all enough to persuade the U.S. Tennis Association to provide a wild card into its event. 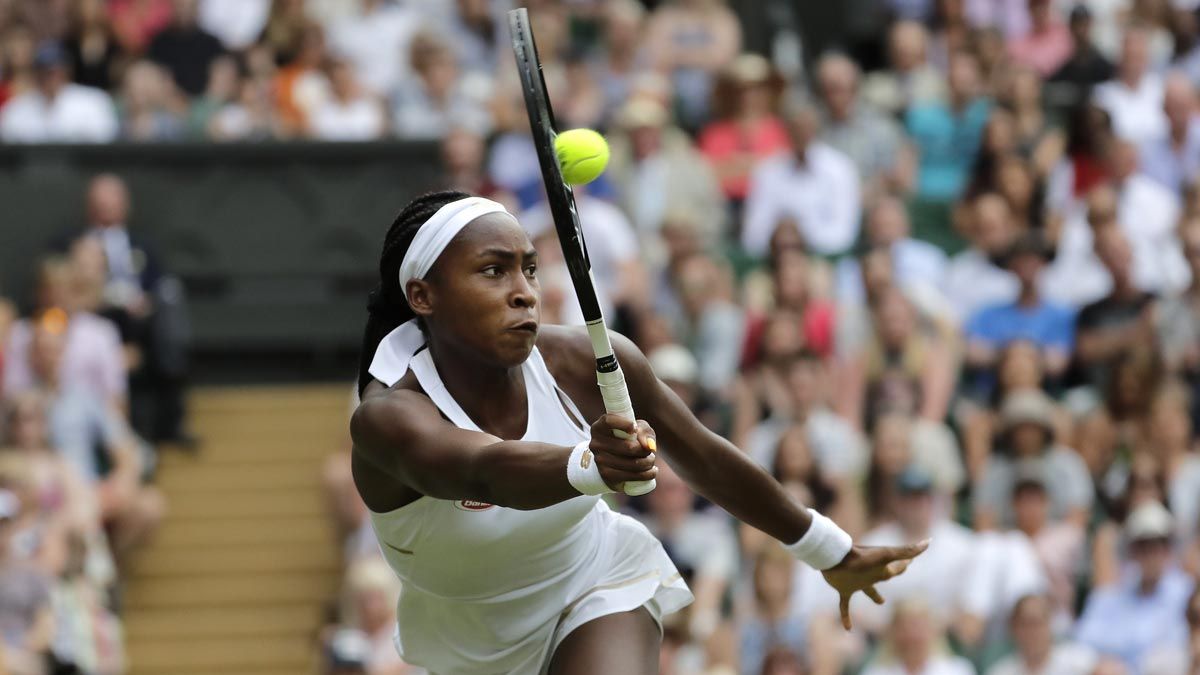 Here's how new the whole thing is to the 140th-ranked Gauff: When asked about her next match, she wasn't exactly sure when it would be.

The answer, of course, is Thursday, because players alternate days in Week 1 at a major tournament. Forgive her, though: This is only her second Slam with the adults.

"I'm still used to playing juniors," Gauff said with a chuckle, "so I forgot about the day off."

On a busy Day 2 at the year's last Grand Slam tournament, there still were matches involving past champions Rafael Nadal and Sloane Stephens, along with the temperamental Nick Kyrgios to be played later.

Gauff did not start well against the 72nd-ranked Potapova.

Not well at all.

Gauff, who is based in Florida, double-faulted three times in her first service game. She also missed a backhand barely wide, followed by a forehand barely wide — they originally were ruled in, but Potapova challenged both and the calls were overtuned — to get broken and trail 2-0.

Maybe Gauff was trying to be too fine, sending shots right near the lines. The high-risk, high-reward strategy more often yielded results in the former category instead of the latter, and she trailed 3-0 within 15 minutes.

It was a breezy evening with the temperature sliding down to about 70 degrees, and both players hit the ball violently while covering the court well, creating lengthy, entertaining points often introduced by serves at, or above, 100 mph.

They seemed like a couple of talented and experienced veterans with the benefit of years on tour, not a pair of teens each making her debut in the U.S. Open's main draw. Potapova is a past Wimbledon junior champion, and still only 18, so this was the youngest matchup in the first round at Flushing Meadows.

Soon enough it was 5-1, and then that set belonged to Potapova, with Gauff turning to her guest box and putting her palms up, as if to ask, "What can I do differently?"

Not much later, when Potapova broke to open the second set, Gauff's shoulders slumped and she whacked her racket against her right leg.

And that's when her turnaround began.

With spectators roaring their approval, Gauff broke right back and was on her way to dominating the second set.

There was some trouble still awaiting. Gauff went down 1-0 in the third set, then took four games in a row. But at 4-1, Potapova took a medical timeout and a trainer massaged her right shoulder. She quickly pulled even at 4-all.

Gauff took command from there, breaking and then serving out the victory. This is still all so new to her, but she doesn't play like it.