Teen tandem of Coco Gauff, Caty McNally off to strong start in US Open

NEW YORK — To Coco Gauff, a doubles match Friday (Saturday, Manila time) was no warmup for a singles showdown against Naomi Osaka.

It was a chance for her and Caty McNally to extend a winning streak they want to keep right on going through the US Open.

The American teenagers won their first-round match, beating Julia Goerges and Katerina Siniakova, 7-6 (6), 6-2. It kept up their roll as a team, which includes the junior doubles title at Flushing Meadows last year.

"I think we just have, like, a chemistry," the 17-year-old McNally said. "Even from the first match, even the coaches when they were watching us they just knew, like, 'Wow, they're really good together.' Our games mesh really well together and for us, I mean, I think sky's the limit. We're so good and we still have a lot to improve." 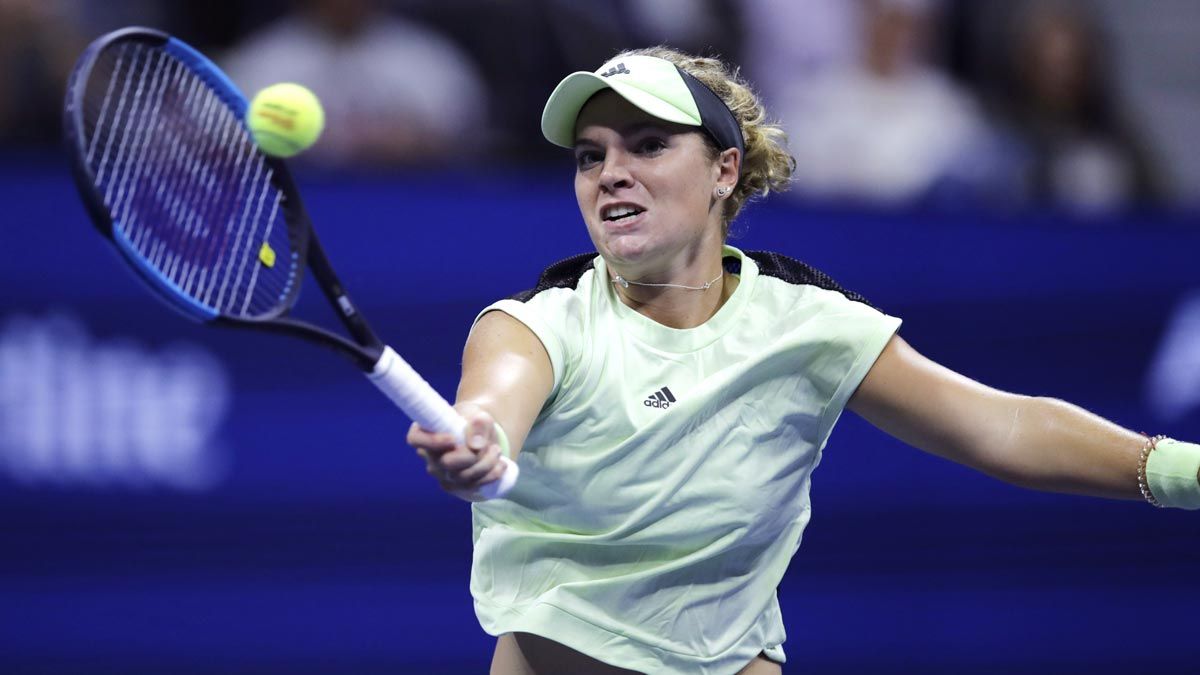 They first teamed up two years ago in an exhibition tournament and won their match in a romp. And they won their first WTA title together earlier this summer in Washington.

"So we decided to play here and hopefully we can win this, too," Gauff said.

She reached the fourth round at Wimbledon in July and will get to the round of 16 again if she beats the top-ranked Osaka. Gauff wants more than singles success, though.

The US Tennis Association gave both players wild cards for singles and as a team for doubles, and they're making the most of them.

McNally won her first-round match and took a set off Serena Williams before losing. Gauff plays the defending champion on Saturday.

Maybe her doubles work Friday will help her get ready.

"We'll see tomorrow, to be honest, how much," Gauff said.

There was a ball slammed into an upper deck, a racket spiked into the court, a couple of deftly placed between-the-leg lobs, some leaping overheads and a slew of serves that looked like they were fired out of a cannon.

The Nick Kyrgios Show came to the US Open's biggest stage on Friday in the form of a doubles match with partner Marius Copil, and the fiery Australian appeared to keep his antics in check, at least for him. It almost didn't matter who won — the Kyrgios-Copil team managed to beat Marcus Daniell and Ken Skupski 6-7 (5), 7-5, 7-6 (1) — because the more-than-half-empty afternoon crowd in Arthur Ashe Stadium appeared to get what it came for.

In a nod to Kyrgios' undeniable, love-him-or-hate-him appeal, U.S. Open organizers made a last-minute decision to move Kyrgios' doubles match from an outdoor court to the cavernous Ashe, even though Kyrgios was recently slapped with a record $113,000 fine for boorish behavior at a tuneup tournament and just this week became the focus on an ATP "major offense" probe for saying in a post-match news conference that the men's tennis tour is "corrupt."

None of that seemed to matter to many in the crowd who showed up just to see Kyrgios and all he has to offer — the good, the bad and the obnoxious — and it offered a glimpse at what is possible if he can just manage to hold it together, at least a little bit.

After a deft tweener that landed just inside the opposite corner for a winner, Kyrgios turned to the crowd and did a shimmy dance. On the point that won the second set, Kyrgios caressed a sharply angle backhand volley that the replay showed just caught a sliver of the sideline, causing him to hang a towel from his mouth and glower at the crowd. On match point, he sliced a 113 mph (182 km) serve that curved just out of reach for an ace.

"Sure, he goes too far sometime to rile people up to and make a scene," said Laura Pyle, who traveled from Dallas to watch the Open with her husband Kevin. "Some people don't like him and think he should be banned or whatever. But he's very natural, he's very gifted and he's entertaining. Tennis needs more entertainment."

The biggest upset in the men's draw Friday was no surprise to Alex de Minaur. The fourth round is where he expects to be.

He nearly got there last year in Flushing Meadows, but blew a two-set lead against Marin Cilic and lost to the 2014 champion in five sets. But after losing the third set against Nishikori, he quickly regained control to make sure there would be no repeat of that disappointment.

"At one stage it looked like maybe the same thing was going to happen," de Minaur said, "but I just had to regroup and put out all those negative thoughts in my head and just play point by point, just make sure to be very positive and leave it all out there, intensity."

His first career win against a top-10 player came after more unseeded players (17) than seeded players (15) reached the third round at the US Open for the first time since the tournament expanded from 16 to 32 seeds in 2001.