MELBOURNE — All competition at six Australian Open tuneup events scheduled for Thursday was called off and 520 people who flew to Melbourne for the year's first tennis major were ordered to isolate after a worker at one of the tournaments' quarantine hotels tested positive for COVID-19.

The Australian Open is scheduled to begin on Monday. Any players, coaches or officials who quarantined at the Grand Hyatt hotel in Melbourne were deemed to be casual contacts of the 26-year-old infected man and required to remain in their accommodation until they test negative.

"We will work with everyone involved to facilitate testing as quickly as possible," Tennis Australia said in a statement announcing the postponement of all matches at Melbourne Park. A dedicated facility will be used to get players, coaches, officials and staff tested as quickly as possible.

Victoria state premier Daniel Andrews said he called a late-night news conference Wednesday to announce the case "through an abundance of caution."

Speaking before all of Thursday's play was postponed, which he acknowledged was a possibility, Andrews said of the Australian Open: "At this stage, no impact on the tournament proper." 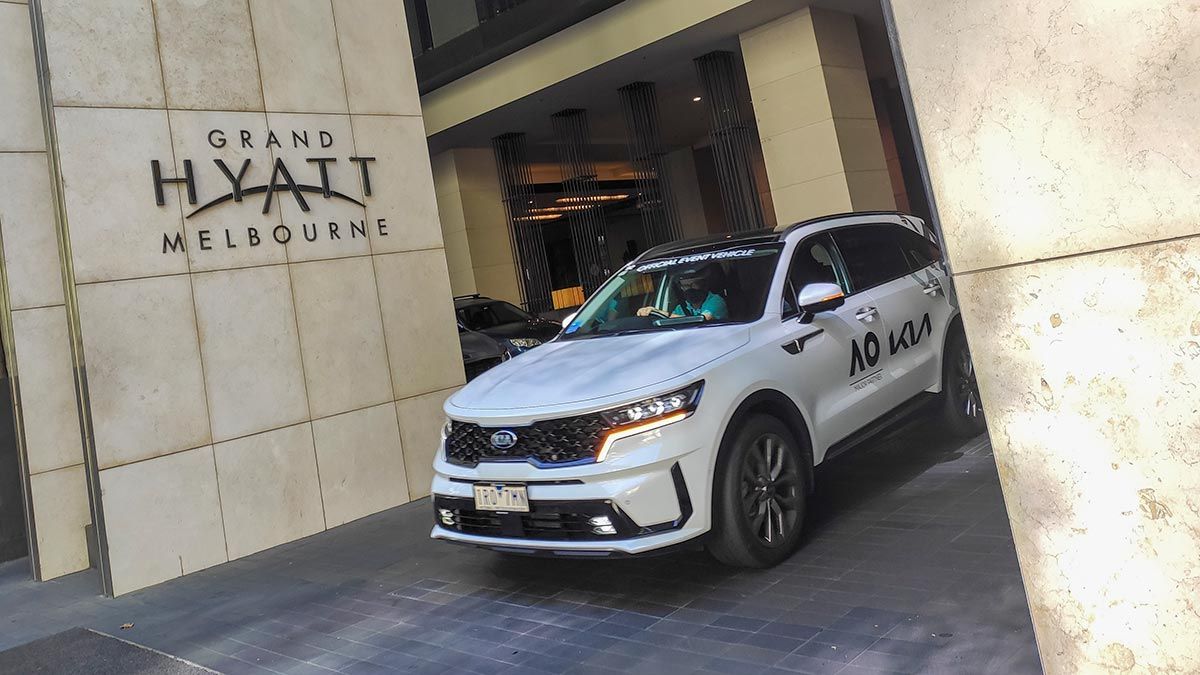 Allen Cheng, the state's deputy chief health officer, said six people in the Grand Hyatt during the quarantine period for the Australian Open had tested positive and were transferred to a medical facility, and it was likely the man — a resident support officer — was infected there.

"We are aware that he was on a floor where there were cases," Cheng said.

Everyone in the city will be required to wear masks while indoors.

The hotel advertises it has 550 rooms, including 25 premium suites.

The latest coronavirus restrictions could test the resolve of players who have recently come out of two weeks in quarantine, and give ammunition to critics of the decision to allow people to fly in from all over the world for the year's first major.

Australian Open organizers didn't immediately have details of how many players were ordered to isolate.

Under the current plans, up to 30,000 spectators are expected daily at Melbourne Park for the two-week Grand Slam event and there was no immediate indication of a change.

Everyone who arrives in Australia must undergo a mandatory 14-day quarantine under the COVID-19 pandemic regulations. The Australian Open used three hotels in Melbourne for the bulk of the players to quarantine and had other secure accommodation and facilities in Adelaide, South Australia state, for some of the biggest stars, including Serena Williams, Naomi Osaka, Novak Djokovic and Rafael Nadal.

Players were tested every day during quarantine.

The infected worker tested negative on his last day at the hotel on Jan. 29, but subsequently tested positive and has been working with government and health officials on contact tracing.

Australia has 909 deaths attributed to COVID-19, including 820 in Victoria state. Most of those were during a second deadly wave last year when a hard lockdown and overnight curfews were put in place in Melbourne. 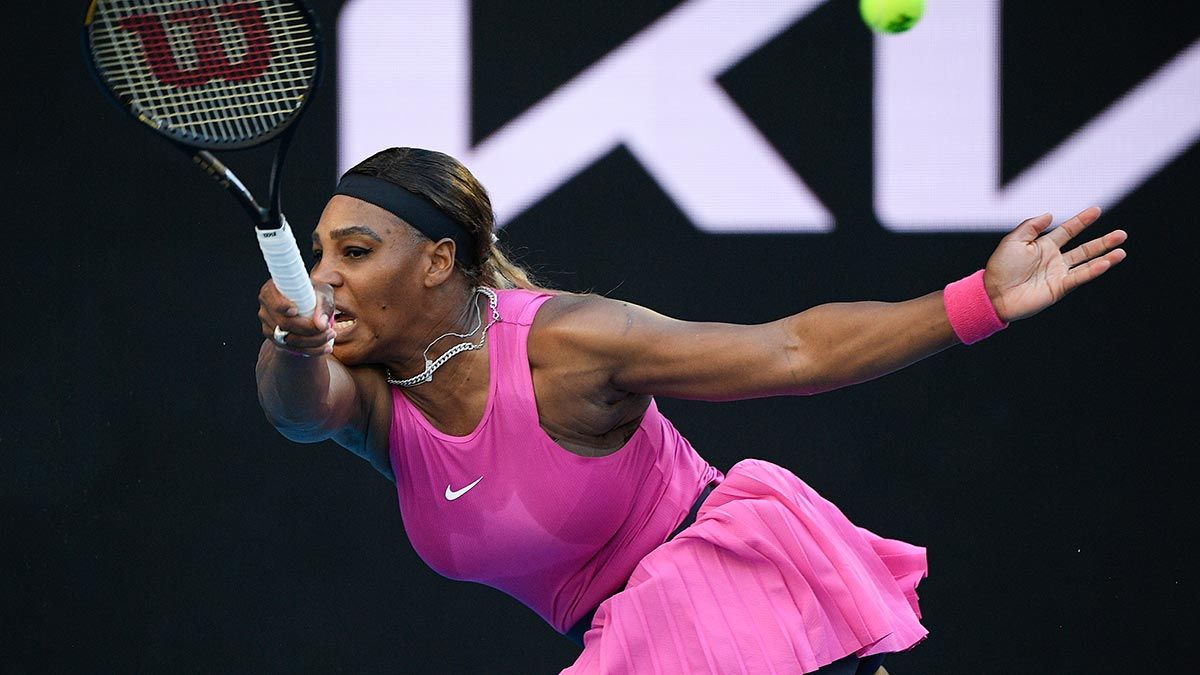 Just hours before the government's announcement of the positive test, 23-time major champion Serena Williams beat Tsvetana Pironkova 6-1, 6-4 to advance to the quarterfinals of the Yarra River Classic.

Williams will next face Danielle Collins, who upset third-seeded Karolina Pliskova 7-6 (5), 7-6 (3), and could reach a semifinal match against Ash Barty. The top-ranked Barty beat No. 52-ranked Marie Bouzkova in three sets and will next play Shelby Rogers.

Williams was asked when was the last time she played a warmup tournament so close to a major.

Last year's US Open was her short answer. Then she elaborated.

"But before that, before this whole pandemic, I could count the times on one finger I've done that," she said. "I'm just happy to be out here in any circumstances. It's so cool after what the world went through the last 12 months."

Williams had a tough win over Pironkova in last year's U.S. Open quarterfinals, and then withdrew from their scheduled second-round match at the French Open because of an Achilles injury.

Williams won her last major title at the 2017 Australian Open, when she was pregnant with her daughter, Olympia. She's still chasing Margaret Court's all-time record of 24 Grand Slam singles titles, and an eighth in Australia.

On the bottom half of the draw, defending Australian Open champion Sofia Kenin rallied from a set and a break down to fend off Jessica Pegula 5-7, 7-5, 6-2. 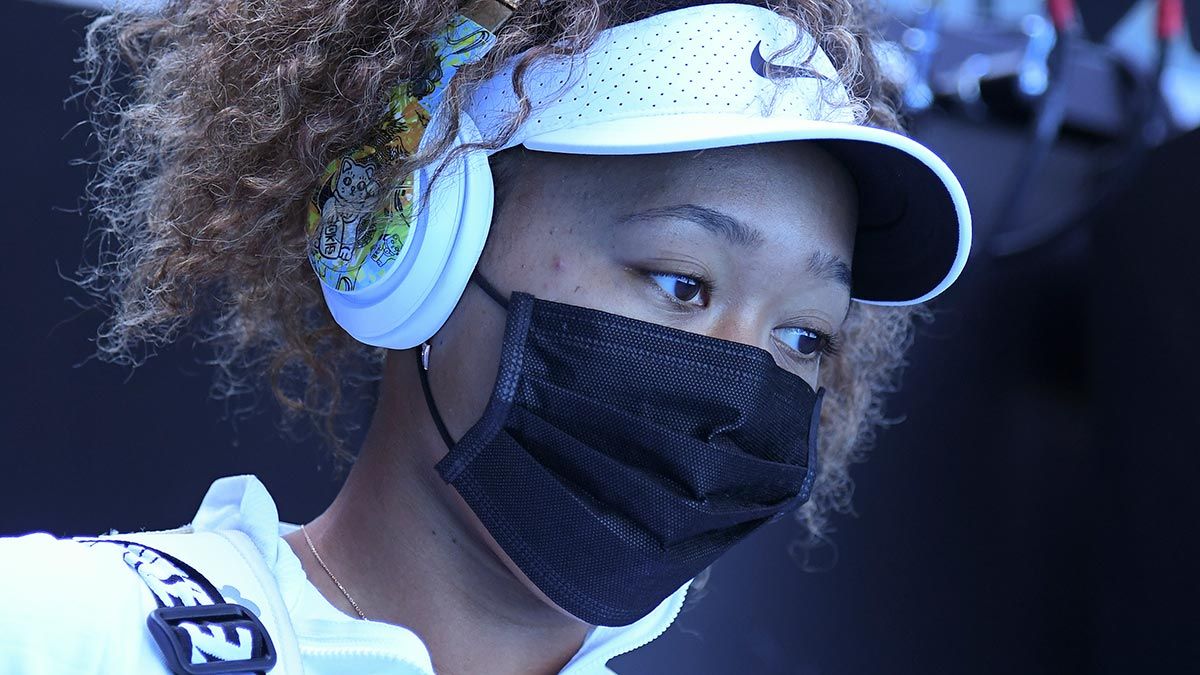 Italy and Russia were the first teams to reach semifinals of the ATP Cup, the 12-team men's event.

Daniil Medvedev secured Russia's win over Japan when he beat Kei Nishikori 6-2, 6-4. Russia is on top of Group D with wins over Argentina and Japan.

Three-time major champion Angelique Kerber took a while to adjust in her first match since leaving quarantine, beating Katerina Siniakova 6-3, 4-6, 6-3 in the Grampians Trophy.

It's the event for those players who were forced into hard lockdown — not allowed to leave their rooms, even for practice — after being deemed close contacts of passengers on their flights who tested positive for COVID-19 after arriving in Australia.

Other major champions in the draw included Sloane Stephens and Svetlana Kuznetsova, who both lost in the first round.