The sixth-seeded Russian might have won even more convincingly, with Nadal saving break points at 3-1 down in the second set.

Nadal clawed his way back to win that set and seemed to have settled down, but Rublev broke him immediately at the start of the decider in which the 34-year-old Nadal looked very tired.

"When you face a great player like him and you don't play well, you should lose," Nadal said. "He played great, he played aggressive. Well done to him." 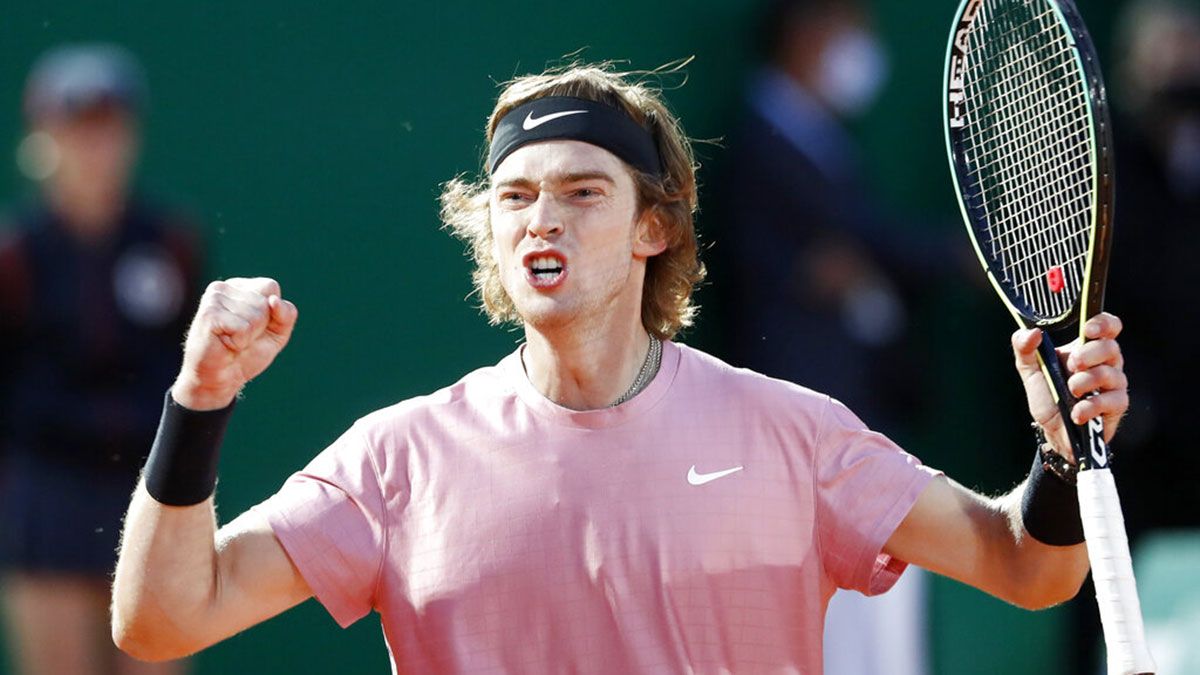 Rublev clinched his first win against third-seeded Nadal on his first match point with a typically powerful winner on forehand -- a weapon Nadal struggled to contain all match.

"I don't even know what to say. I cannot imagine being in the situation of Rafa, knowing that you are the best player on clay," Rublev said. "I think for him it must be incredibly tough."

Having beaten the 20-time Grand Slam champion on one of his clay strongholds, Rublev's next opponent is unseeded Norwegian Casper Ruud.

The 22-year-old Ruud, who has just one career title compared to 86 for Nadal, also beat a former champion by knocking out 2019 winner Fabio Fognini of Italy 6-4, 6-3.

"(Casper) is playing really well. I have known him a long time," said Rublev, who is 3-0 against him overall. "He finished today much earlier. I will try to recover as best as I can."

There are no former champions left, with Nadal and 15th-seeded Fognini joining two-time winner Novak Djokovic at the exit before the last four.

Nadal last won the tournament in 2018 and had high hopes after saying he was in good shape for clay. It certainly seemed so when he swept aside Grigor Dimitrov in under an hour Thursday in the third round.

It was a different story against the 23-year-old Rublev, who drained Nadal after 2 1/2 hours on court. Nadal hit seven double-faults, conceded 15 break points and dropped serve seven times — on his dominant surface and one of his favorite courts.

The aggressive Rublev upset Nadal's rhythm in a first set where the Spaniard got only 48% of his first serves, made five double-faults, and hit 13 unforced errors.

"I had problems with my serve. I don't understand why, because I was not having problems in practice. But today was one of those days that my serve was a disaster," Nadal said. "When you serve with no confidence, you are just focusing on trying to serve, not about how you want to hit the ball."

By the second game of the second set, Nadal was angrily shouting at himself and — in a rare gesture of agitation — wildly swatted a ball away.

When Rublev saved break point in the fourth game of that set, Nadal stood perplexed with hands on hips. Then, he took 11 minutes to hold serve and stop Rublev leading 4-1.

The 13-time French Open champion drew on his immense physical resources to claw back, forcing Rublev into mistakes and breaking him in the 10th game to level matters.

But Rublev showed just why he's such a rising star.

After winning the ATP Cup with Russia, he reached the quarterfinals at the Australian Open and then won the ABN AMRO World Tennis Tournament in Rotterdam last month for his fourth title in seven months. Since Rotterdam, he's reached four consecutive semifinals, including Monte Carlo.

Breaking Nadal with authority at the start of the third set, Rublev even outdid his opponent by edging a 35-shot rally in the next game, prompting the rare sight of Nadal hunching forward to rest his hands on his knees.

Although Nadal somehow broke back to 1-1, he was scrapping beyond even his means and Rublev pulled away for one of the biggest wins of his career.

It will be against fourth-seeded Stefanos Tsitsipas, a French Open semifinalist last year. The big-serving Greek led 7-5 against Alejandro Davidovich Fokina when the unseeded Spaniard abandoned with a thigh injury.

"It wasn't easy after the match yesterday, I felt really tired afterwards," said Evans, who has only one career title. "I am proud of how I came back today."

The tournament was canceled last year because of the coronavirus.