Will we soon see historic Rizal Memorial turn into a mall? Not so fast, says Ramirez

THE Rizal Memorial Sports Complex has become a hot topic of late following news about a plan to sell the historic property to a private entity. The 84-year-old stadium may be ageing and decrepit, but it has always been close the hearts of Filipino sports fans, having stood witness to the glory days of Philippine sports.

SPIN.ph now breaks down the issues surrounding the future of the Philippines’ national stadium.

When will the sale of Rizal Memorial happen?

Past mayors of Manila had their own plans for the complex, but current mayor Joseph Estrada caused a stir when he told the Philippine Star in an interview that he wants to sell the property to a private entity which, in turn, will convert it into a mall while keeping some of the 'heritage sites.'

However, Philippine Sports Commission (PSC) chairman William ‘Butch’ Ramirez said any plans for the Rizal complex will have to wait until the issue on who has the rightful claim to the property is settled. By wait, Ramirez meant 'a long wait.' The PSC is, in fact, still seeking the opinion of the Department of Justice regarding the ownership of the complex.

Regardless of who owns the property, the PSC stands to receive a substantial amount from relinquishing the control of the stadium, which they can use to construct a new training facility to replace the ageing facility.

For several years now, ownership of the Rizal Memorial Sports Complex has been a contentious issue. Naturally, resolving the issue on ownership will also resolve who has the right to sell the 10-hectare complex which is considered a prime property by developers. 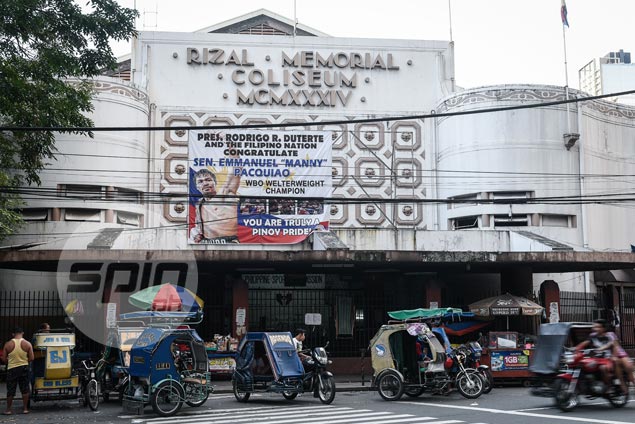 The ownership is being contested by the Philippine Sports Commission and the City of Manila. According to records, the family of Vito Cruz - a former alkalde of Pasay for whom the main street fronting the complex used to be named after (now renamed Pablo Ocampo Sr. street) - donated the lot to the City of Manila for the purpose of the construction of the Rizal Memorial Sports Complex, which hosted the 1934 Far Eastern Games, the precursor of the Asian Games.

But while the Rizal Memorial Sports Complex sits in Manila, the PSC has over the years been tasked with the management of the facilities as per Republic Act 6847. Throughout the 26-year history of the PSC, it has already spent millions for the maintenance and rehabilitation of the venues.

Where will the new training center for national athletes rise?

Talk of the sale of Rizal Memorial Sports Complex was sparked by plans of the PSC as well as the Philippine Olympic Committee (POC) to move national athletes out of the ageing sports complex and into a soon-to-be-built training center.

Ramirez said the proposed sports complex is located inside Clark Green City. Once completed, Ramirez said the site is capable of hosting the Asian Games. It will be accessible from Manila once the planned railway linking Manila to Clark is completed. More importantly, the new training center, sports officials said, offers a clean environment conducive for the athletes' training.

Where will the funds from the construction of the new training center come from?

The bulk of the funds for the training center, sports officials said, will come from the amount the PSC will get from relinquishing control of the Rizal complex.The PSC chief, however, made it clear they are not in a hurry to move to Clark and jumpstart the construction of the site.

“Without the money, we will not transfer,” said Ramirez. 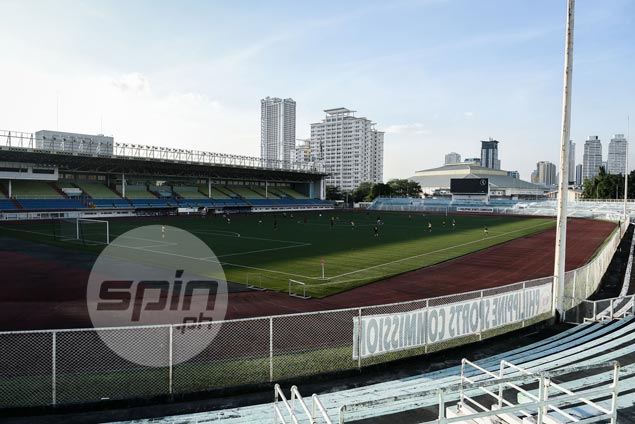 Ramirez, in fact, said he is also open to the idea of rehabilitating Rizal Memorial and even the PSC-managed Philsports complex (formerly Ultra) in Pasig City if there won’t be enough money to fund the construction of a new training center.

“I-rehab na lang natin. You have to be practical. We are prepared for Ultra as we will completely rehabilitate it in the first quarter of 2017,” said Ramirez.

So what does the future hold for Rizal Memorial?

With plans of a new training center in Clark being drawn up, the next question is what will happen to the Rizal Memorial Sports Complex.

Estrada’s statement has already drawn mostly negative reactions. As it is, there is already an online petition put up at change.org to save the historic venue. The Heritage Conservation Society has also issued a statement on its Facebook account disagreeing with Manila’s plans.

“Manila residents deserve affordable sports facilities and public open spaces, even as a new national sports complex will be built in Clark. The Rizal Memorial Sports Complex should remain as a sports complex, and should be dedicated to the people of Manila,” said the Heritage Conservation Society in a statement.

Ramirez doesn't expect anything to happen in the near future.