HANOI – The Philippines slipped from third to fifth in the medal tally after a lean day at the 31st Southeast Asian Games.

The Filipinos finished the day with 40 gold, 57 silver, and 79 bronze medals after a two-gold haul on Thursday, allowing Singapore (44-43-55) and Indonesia (42-61-57) to move past them to the third and fourth spots, respectively.

[See Gilas inches closer to gold after turning back Vietnam]

Vietnam continues to lead the pack with a 153-91-84 gold-silver-bronze tally while Thailand strengthened its hold of second with 62-68-95.

The men’s bowling team of four of Merwin Tan, Ian Dychangco, Ivan Malig, and Patrick Nuqui, and judoka Rena Furukawa were the only gold winners of the day for a Philippine side that started strongly but is showing signs of slipping for the third straight day. 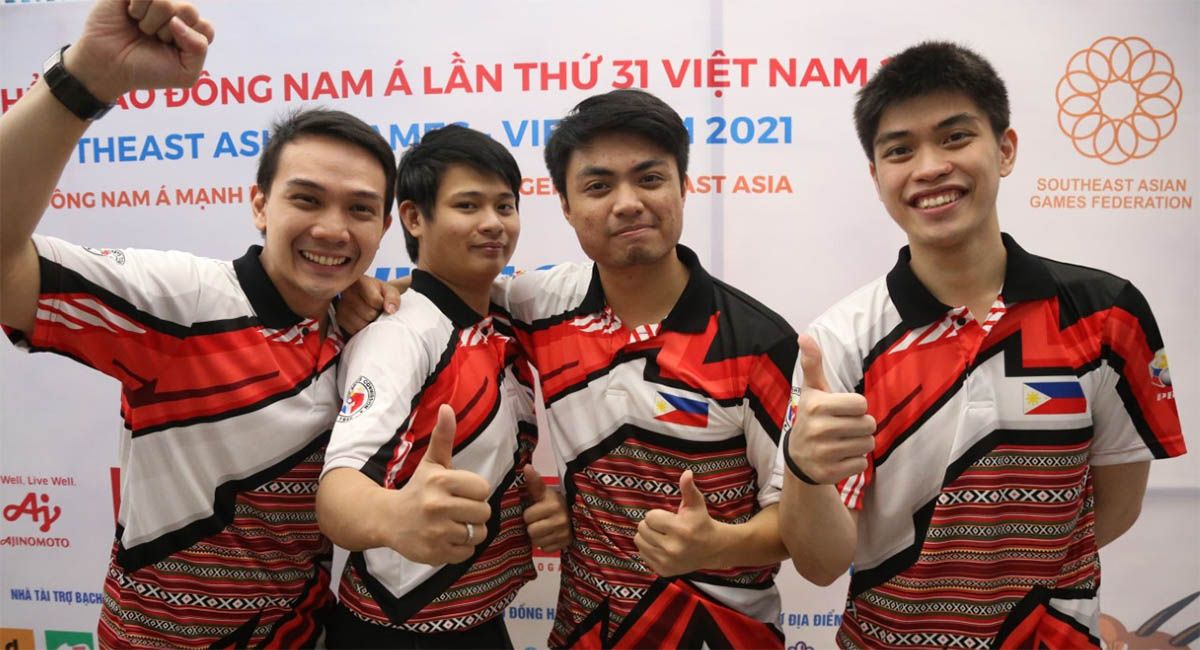 However, the Philippines is banking on a couple of world-class athletes including Tokyo Olympic gold medalist Hidilyn Diaz in weightlifting to pump life back into its campaign heading to the May 23 climax.

Gilas Pilipinas defeated Vietnam, 88-60, in men’s basketball, while the women’s team defeated the host, 118-87, to record their third win in as many outings.

Alex Eala and Treat Huey settled for a bronze medal in the mixed doubles after a defeat against Thailand.

The Philippine women’s volleyball team lost to Vietnam in three sets, heading into the bronze medal game against Indonesia on Saturday.