A FILIPINO is handling a boxer from Vietnam who competed in the 30th Southeast Asian Games.

Former professional boxer Rhicks Paciones is currently a coach for Vietnamese boxer Truong Dinh Hoang, who finished with a silver medal in the light heavyweight division on Monday when he beat Anavat Thongkrathok of Thailand.

Paciones was once a champion of the Asian Boxing Federation bantamweight division, a title he wrested in his final bout as a professional when he beat Said Fahdafi of Indonesia in Chonburi, Thailand in 2016.

After a nine-year professional boxing career, the 42-year-old Paciones was recruited in Vietnam to coach not just amateur boxers but professional fighters as well.

One of the boxers he is handling is Truong, who made a smashing performance in the SEA Games when he stunned reigning champion John Marvin of the Philippines in the boxing competitions. 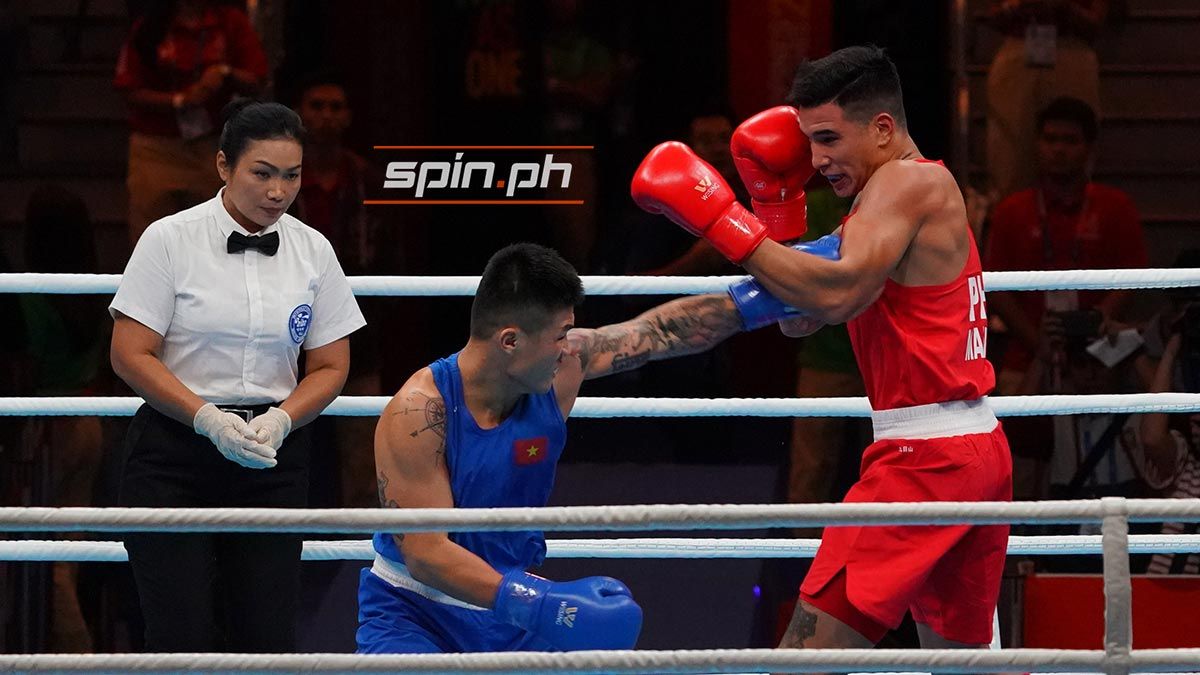 Truong is also a reigning champion in professional boxing, having won the WBA Asia East boxing title just last October. Since 2016, professional boxers have been allowed to compete in amateur boxing events such as the SEA Games.

Paciones said boxing is starting to take off in Vietnam unlike the first time he got there in the country.

In this SEA Games, Paciones admitted he had concerns when his fighter’s first match was against Marvin knowing the caliber of the Philippines in terms of boxing. Truong, though, was impressive as he won against Marvin in a fight where Marvin was even given a standing eight count in one of the rounds.

Paciones was saddened that his ward was not able to win the gold in the SEA Games against the Thai fighter, especially after they mapped out an effective game plan for the final.

After the SEA Games, Paciones said Truong will be defending his title belt this January.

Even though he is working in Vietnam, Paciones said he is not discounting the possibility of returning in the Philippines if given a chance.