BOBBY Ray Parks Jr. is embracing the pressure and the early challenge in the Southeast Asian Games where Gilas Pilipinas is taking on Thailand right in its first game on Sunday in Malaysia.

The Gilas cadets are facing their perennial rival in a rematch of the semifinals of the last edition of the biennial showpiece where the Filipino dribblers had to endure anxious moments before pulling off an 80-75 win on the way to dispatching Indonesia in the gold-medal match.

“Well, we have to face them anyway in the tournament, so might as well face that challenge head on,” Parks said on Wednesday after their tune-up game against National University. “(But) there’s definitely no comfort in knowing (you’ll face them right away).”

The Philippines can afford to drop a game in the preliminaries where the top two coutnries from each of the two groups will advance to the knockout semifinals.

Still, it’s gold or bust for the Filipino dribblers, who haven’t lost in 20 games since the 2007 edition of the tournament when the country’s suspension imposed by Fiba was lifted. 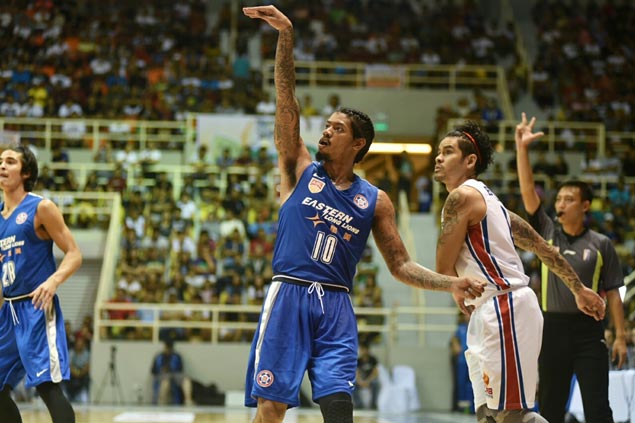 “And the coaches are doing a good job of handling the pressure,” he added. “And at the same time, we have a young, but veteran squad; it’s so weird, kasi all these players sobrang talented, and they’ve been playing for the national team na rin, so may experience na rin sila.”

Parks was playing for the Texas Legends in the NBA D-League then in the 2015 SEA Games, before returning to the country to play for Alab Pilipinas in the Asean Basketball League last year where he faced Thai-American standout Tyler Lamb, who was among the foreign standouts of the Hong Kong Eastern Lions.

Now, Parks is representing the country and is taking on a different stage to face Lamb, who will lead the Thais’ stand against the Filipino cagers.