PRESIDENT Duterte sought an increase in the national athletes’ monthly allowances as well as additional funding for the country’s preparation for the 2020 Olympics following what he described as the Southeast Asian Games 'success story.'

Duterte made the assurance in his speech during the courtesy call of Filipino medalists in the 30th Southeast Asian Games at Malacañang Palace where the athletes received incentives and were confered with the Order of Lapu Lapu.

The Chief Executive said he will make arrangements with Congress for a substantial increase in the national athletes' monthly allowances, which currently stands at around P45,000 for elite athletes.

“We will try to raise the money,” Duterte said. 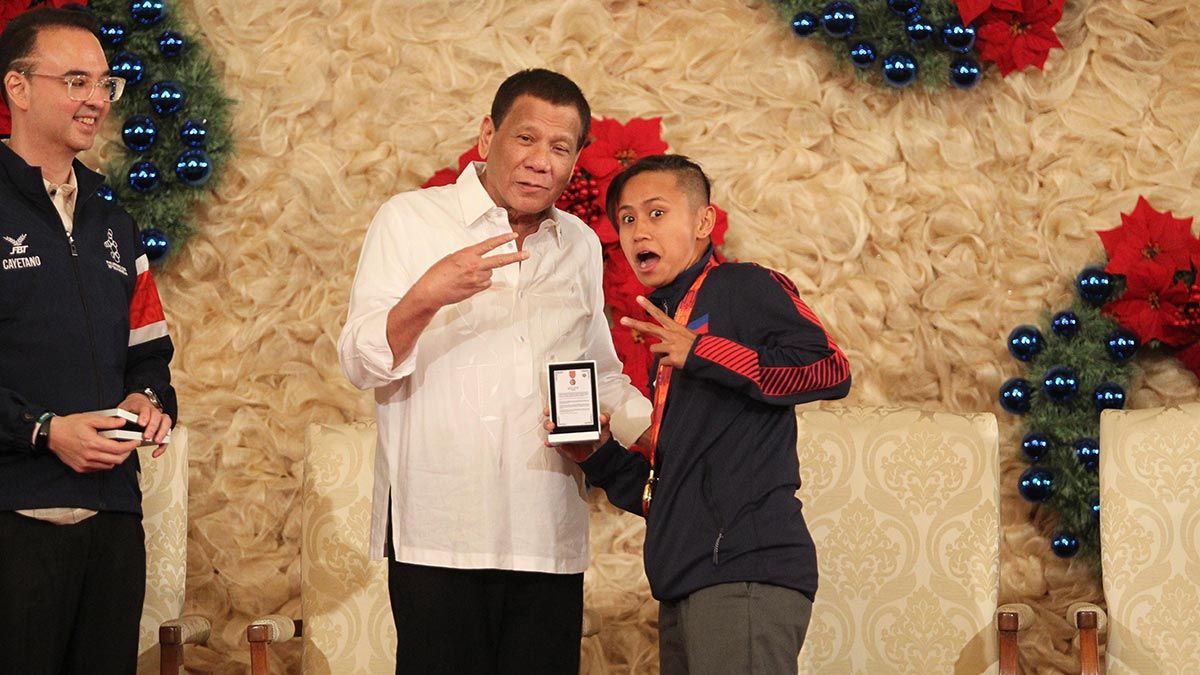 Duterte also wants more funds for the country’s Olympic campaign through the Philippine Amusement and Gaming Corporation (Pagcor) to sustain the momentum of the country’s run to the overall title at the SEA Games.

Duterte personally congratulated the 149 gold medalists, 117 silver medalists, and 121 bronze medalists in a ceremony that ran for about than two-and-a-half hours. An ‘Order of Lapu Lapu’ was also presented by Duterte to each of the medalists.

Checks were also handed out during the courtesy call, with P300,000 going to the gold, P150,000 for the silver, and P60,000 for bronze medalists representing the athletes' bonuses under the Athletes Incentive Act.

“I’d like to greet everybody. Thank you to everybody connected in the success story of the SEA Games. It was really a windfall,” said Duterte.

“I’m deeply honored to be in the presence of our athletes who have emerged victorious in the recently concluded 30th Southeast Asian Games held in our country. Your triumph showcases the patriotism and sporting prowess of our people to our neighbors in Southeast Asia,” Duterte said.