THE National Historical Commission of the Philippines said it won't take action over the flag blunder committed by the national athletics team in the Southeast Asian Games after getting an apology from sports officials.

Alvin Alcid, head of the Research, Publication and Heraldry division of the commission, said they have already received an explanation from the Philippine Sports Commission (PSC) on why sprinters Kayla Richardson and Eric Cray wore uniforms with Philippine flags turned upside down in the Singapore showpiece.

Athletics chief Philip Ella Juico on Wednesday blamed the suppliers of the team uniforms for the lapse.

Alcid also absolved Richardson, Cray and the other athletes who wore the uniforms with the wrongly placed flags from any accountability, saying they only wore jerseys issued to them by officials.

But even with the commission not taking action, historian and television host Xiao Chua said athletics officials and the uniform supplier of the national team can still face legal problems if an individual decides to pursue the issue in court. 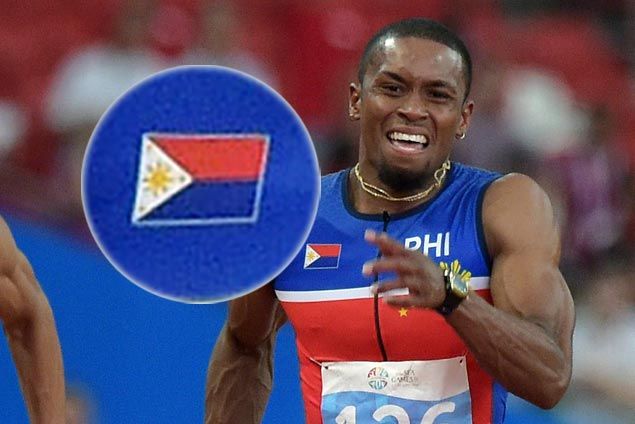 “It may be an honest mistake of the manufacturer, kaso you should be educated. Dapat alam mo kung ano ang pwesto ng flag, saan ang asul at saan ang pula,” he added.

“Alam naman natin na kung pula ang itinaas mo, state of war 'yun. Ano yan ominous ba yan lalo’t we are in a stand off with China?” said Chua, referring to the tension between the Philippines and China amid a dispute over jurisdiction of the Spatlys and Kalayaan group of islands in Palawan.

[See Juico rues furor over flag blunder: 'Why is there such a big issue?']

Chua said the inverted flags also ruined a glorious moment for the athletes.