THE Philippines will be hosting the Southeast Asian Games in 2019. But unlike in the past three stagings of the regional event here, the athletics and aquatics competitions will no longer be held at the age-old Rizal Memorial Sports Complex in Manila. Instead, the centerpiece events will be staged in Capas, Tarlac where a new city is set to rise.

New Clark City is one of the newest communities being developed by the Bases Conversion and Development Authority (BCDA), the government-owned and controlled corporation (GOCC) responsible for developing Bonifacio Global City and the Subic Bay Freeport.

Two stadiums are currently under construction at New Clark City. AlloyMTD, the firm tasked to build the sports stadiums, said the athletics and aquatics centers will be finished in time for the 2019 SEA Games to be held later that year.

Aside from the stadiums, school campuses are also being planned to be constructed inside the New Clark City while several government agencies have committed to put satellite offices at its National Government Administrative Center.

So just what can Filipino sports fans expect to see in the venue?

SPIN.ph interviewed two key officials, AlloyMTD president Patrick Nicholas David and BCDA vice-president for business development Arrey Perez, during the concrete-pouring ceremony to discuss the features of the stadium as well as its future.

Unlike the open-air Rizal Memorial Stadium which can sit around 12,000 people, the New Clark City athletics center will be an enclosed stadium that will have a seating capacity of 20,000. 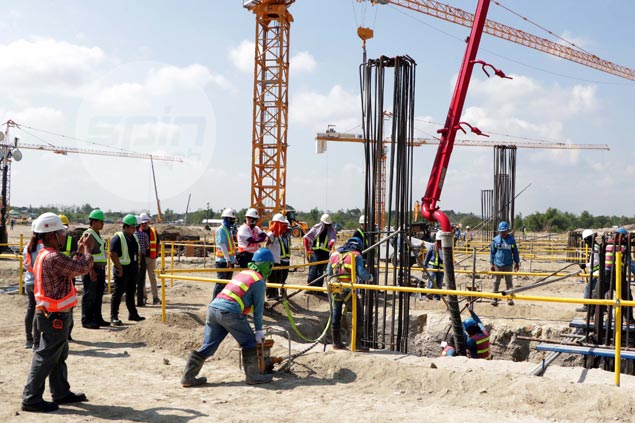 The new facility will feature the very first nine-lane Class 1 track in the Philippines certified by the International Amateur Athletics Federation (IAAF), the world governing body for track and field.

The facility will also have natural grass for field events as well as football where David assured will be up to Fifa standards.

For the exterior, David said the triangular-shaped design above the stadium was inspired by nearby Mt. Pinatubo.

David said the pool at the aquatic center will be similar to that at the London Aquatics Center, which hosted swimming competition at the 2010 London Olympics.

“It will be complete with harness, trampoline, and dive boards wherein our athletes can practice indoor,” said David.

Just like the athletics center, the aquatics center will have a Filipino touch. The design of the exterior will a native lantern made of capiz shell.

An athletes village is also being constructed which will have 500 rooms that can house up to 1,000 athletics and aquatics participants in the SEA Games.

AlloyMTD assured the two facilities will be finished by October 15, 2019 just in time for the SEA Games.

“Our target completion date is October 14 but we intend to finish everything before that,” said David.

To finish it on time, David said they currently have a thousand workers for the construction of a part of Phase 1-A of the New Clark City.

“This will grow continuously to 5,000 to 7,000. This does not include people working offsite doing prefab work. There are a lot of workers shifting everyday,” said David. 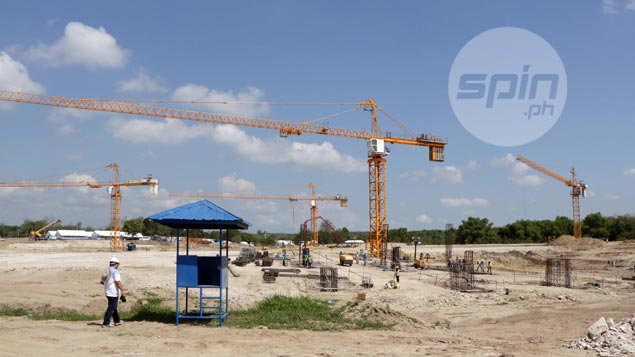 The future of the stadiums

Some new stadiums that have hosted major sports events like the Olympics and Asian Games have turned into white elephants afterwards. But that will not be the case for the New Clark City sports complex, officials assured.

Perez said part of New Clark City’s future plans is the construction of a multi-purpose arena that can host indoor events such as basketball, as well as a lot reserved for outdoor sports.

”We will not be able to complete it in time for the SEA Games but definitely it will be there,” said Perez. “We are also planning to put facilities for shooting in a six-hectare area. There will be other facilities that will complement the university district."

Perez said they are negotiating with the Philippine Sports Commission (PSC) on the possibility of moving the billeting and training of national athletes to New Clark City.

“We are in talks with the Philippine Sports Commission to eventually move some of its facility to the New Clark City. What we are seeing now is Phase One of the national training center for our athletes,” said Perez.

The students will eventually be using the new sports complex, said Perez.