ENERGY drink Milo has partnered with the Philippine Southeast Asian Games Organizing Committee (PHISGOC) for the 30th staging of the biennial meet from November 30 to December 10.

Milo shares the common goal with the PHISGOC of rallying the nation to support the athletes representing the country.

Hoping to ignite the Filipinos’ fighting spirit, Milo launched a series of inspiring inspiring videos featuring Valdez and Lopez, who are part of the national women’s volleyball team and taekwondo team, respectively.

Lopez, on the other hand, will see action in the Taekwondo Grand Prix in Sofia, Bulgaria from October 18 to 20 as part of her preparation for the SEA Games. 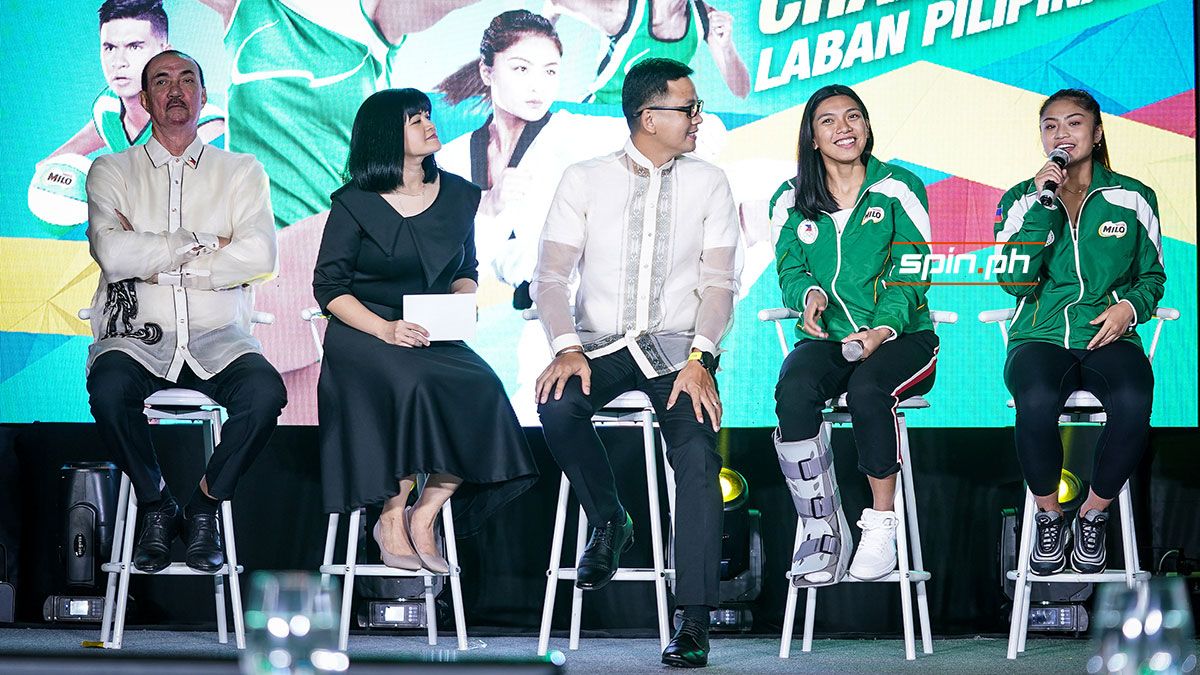 “We were up against Indonesia, we lost the first and second sets, then we won the third and fourth, but the Filipino community cheered the same intensity all throughout the game,” she added. “Iba ang pakiramdam na may mga tao na sumusuporta, ‘yun pa lang panalo na.”