KUALA LUMPUR — The story behind Mary Joy Tabal's gold-medal performance in the 2017 Southeast Asian Games looked fit for a telenovela.

After nearly failing to make it to Philippine lineup owing to a conflict between her handlers and the national athletics federation, Tabal defied all odds when she ruled the women's marathon on Saturday morning in Putrajaya.

"I've been through a lot of things," Tabal said in an interview with Filipino reporters after crossing the finish line. "Lahat ng paghihirap sa training, sakripisyo na mawalay sa pamilya."

Perhaps the biggest battle she had to go through was the one she left unsaid during the interview.

Tabal's road to victory was anything but easy as a conflict between her camp and leaders of the Philippine Athletics Track and Field Association (Patafa) haunted her training since last year.

The bone of contention? Her refusal to train under the supervision of the federation's coaches.

The controversy reached boiling point when Patafa, unwarranted or not, dropped Tabal from the national pool for 'violating rules of the association' just months before the SEA Games.

The issue was later resolved, and Tabal was reinstated to the national team, but only after agreeing to the Patafa's terms for reinstatement including reporting directly to the association during her training. 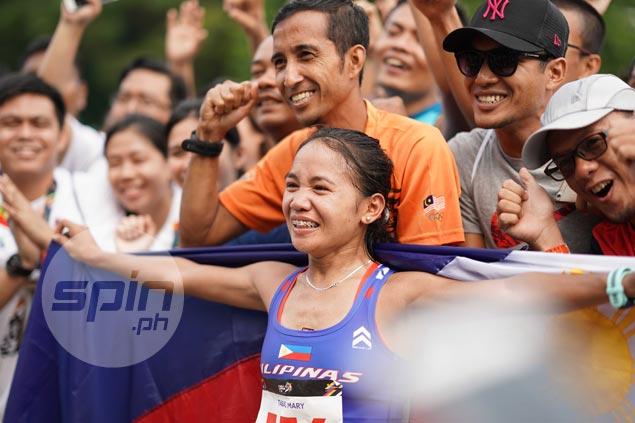 All these problems unfolded back home while Tabal was in Italy undergoing rigid training under a foreign coach. She later said the overseas camp drastically changed her body and technique in running. 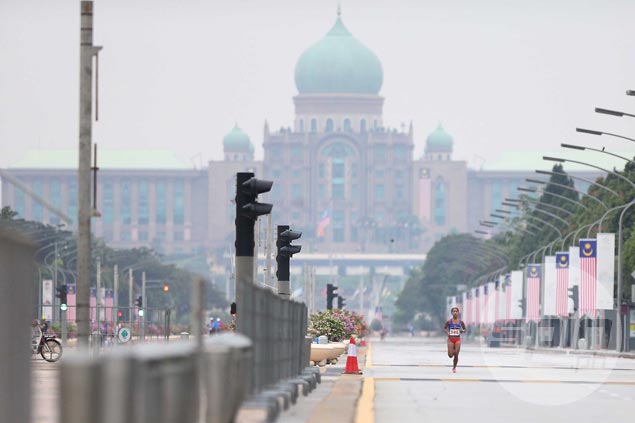 All the hard work bore fruit on the morning of the opening ceremony.

From the get go, Tabal got into the lead group before pulling away in the third loop around the estimated nine-kilometer circuit with two to go.

Despite the big lead, Tabal was still so worried about losing the race that she never eased up on the pedal. She ended up finishing with a seven-minute lead over a Vietnamese runner.