HIDILYN Diaz said a two-gold medal showing in the 30th Southeast Asian Games is proof that Philippine weightlifting is more than just about her.

Diaz ruled the women's 55kg division two days ago for her first gold SEA Games gold medal, which 23-year-old Kristel Macrohon mirrored by bagging the gold in the women's 71kg on Wednesday.

Yet the 28-year-old Diaz believes that it should have been three golds had Elreen Ann Ando not suffered a heartbreaker a day earlier in the women's 64kg class.

The grind, however, won't stop for the Filipino weightlifters as they already have their plans laid out.

Samahang Weightlifting ng Pilipinas president Monico Puentevella bared that the next goal for the lifters is to earn an elusive ticket to the 2020 Tokyo Olympics.

"Pupunta sila next week ng China para mag-qualifying sa Olympics," he said, with Diaz, Macrohon, Ando, and John Ceniza all looking to make it to Tokyo. 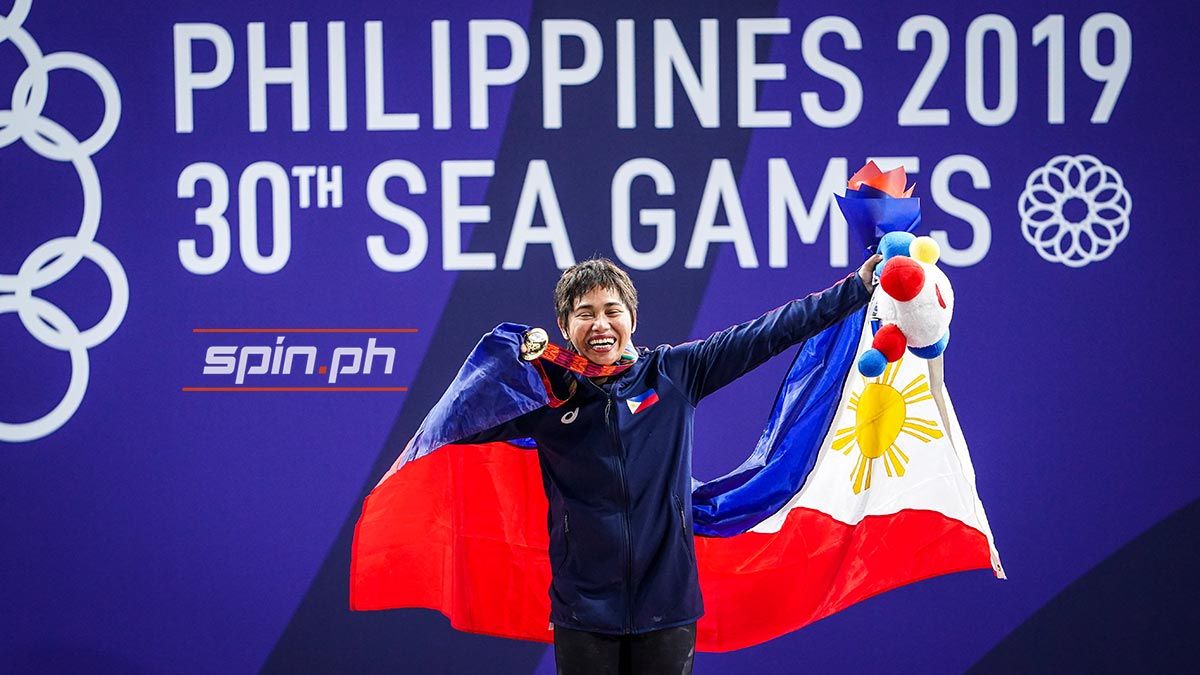 Diaz is confident the SEA Games puts the Philippines in a great position to send representatives other than her to the Olympics next year.

"Hindi ko masasabi about yung Tokyo kasi may Olympic qualifying pa. But based on the numbers, based from previous SEA Games, nakikita natin na nag-grow ang weightlifting," she said.