HANNIEL Abella's mother thought she was crazy when she first floated the idea of leaving her day job in favor of giving the Philippines a gold medal in fencing this 30th Southeast Asian Games.

Why would anyone leave something stable, she asked?

But the fencer went on with her plans and left her human resources job at Jollibee, a position she's held for the past four years, in search of greater glory for the country. 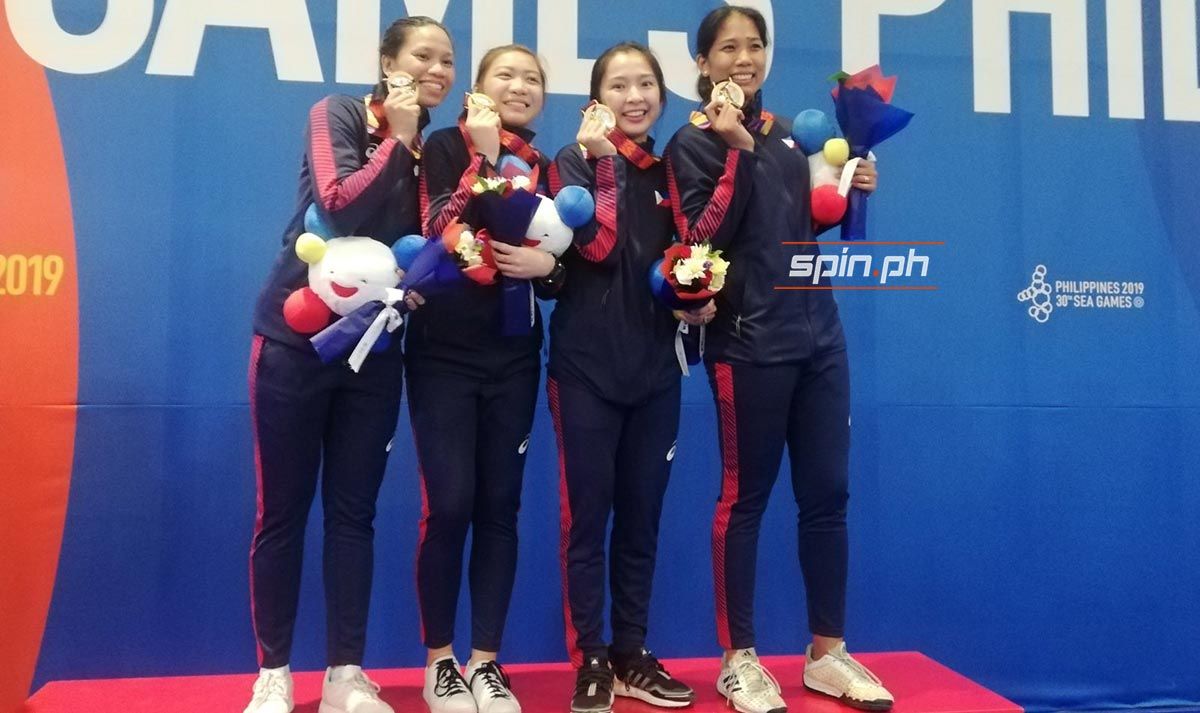 It wasn't easy, a fact even Abella acknowledges.

Ten months later, she her hardwork was rewarded in the form of a gold medal in women's team epee.

And how fitting it was that it was Abella who locked up that victory with a crucial hit on Kiria Tikanah Abdul Rahman in the ninth round to nab the 45-38 win for the Philippine fencing team over Singapore on Saturday.

"Sobrang saya," said the 26-year-old, falling down on her knees in triumph as she finally saw the realization of all of her sacrifices. "Worth it lahat ng pinaghirapan namin the past one-and-a-half years ng pagre-ready."

Abella's contact on Abdul Rahman was the perfect redemption for her after losing to the Singaporean in the women's individual epee event three days earlier.

It was a victory as special as it was historic, with this also being the country's first gold in women's team epee.

That's the cherry on top of the sundae for Abella and teammates Harlene Raguin, Anna Gabriella Estimada, and Mickyle Bustos who, one way or the other, took risks just to get to this position.

"Talagang we worked hard for this," she said, giving special mention to the 20-year-old Bustos who juggled training with her school work at University of the East. "We prepared for this at marami sa amin ang nag-sakripisyo ng school, ng work, ng time for our families so we can deliver medals for the Philippines."

And Abella is happy to have her mother supporting her every step of the way since taking that leap of faith.

"Later on, nag-support naman siya," she happily shared. "Sabi niya, why will you give up something important? But winning a gold medal for the Philippines is much more important."