EUMIR Marcial put a fitting end to the Philippines’ campaign in boxing with a knockout victory over Nguyen Manh Cuong of Vietnam, giving the country its seventh gold medal of the 30th Southeast Asian Games.

Marcial stopped his outclassed opponent just one minute and 11 seconds into the first round of their welterweight bout to cap an impressive showing by the Philippine boxing team on Monday before home fans at the PICC Forum.

Marcial went on the offensive early and unleashed two solid right-left combination shots that forced the referee to step in for a standing eight count.

The Zamboanga native, a reigning silver medalist in the world championship, then went for the kill with a flurry of punches before the referee stopped the fight. 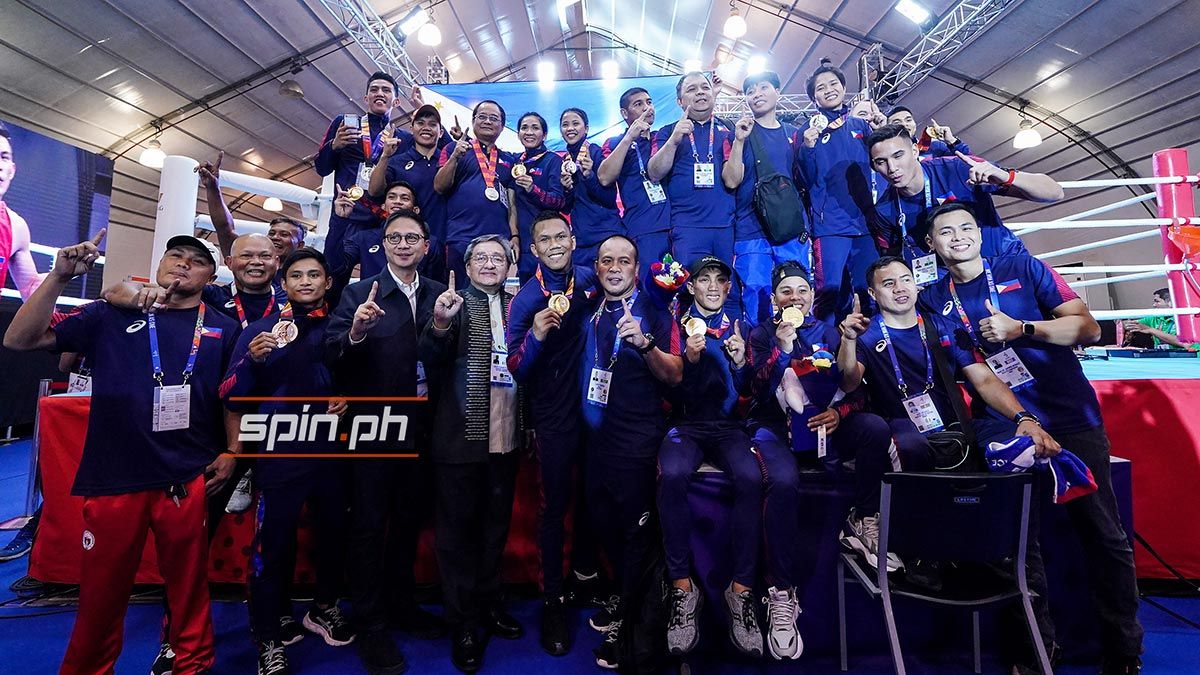 The seven gold medals was a big improvement from the Philippines' two-gold haul two years ago. It came one gold short of the eight the Philippines won when the country last hosted the biennial meet in 2005.

The boxing team got off to a good start with Paalam beating SEA Games champion Langu Kornelis Kwangu of Indonesia via unanimous decision in the men’s light flyweight category, followed by another unanimous win by Ladon over Yaodam Ammarit of Thailand in the men’s flyweight class.

Gabuco claimed her fifth SEA Games crown after a unanimous victory Endang of Indonesia in the women’s light flyweight division, while Palicte scored a similar win over Masuk Wuttichai of Thailand in the men’s light welterweight class.

Drawing an outright berth in the final, Petecio didn’t show any rust on the way to beating Oo Nwe Ni of Myanmar in the women’s featherweight division.

Flyweight Irish Magno, lightweight Risa Pasuit, and welterweight Marjon Piañar came away with silver medals after losses in the final.