NEW CLARK CITY – The Philippines dry spell on the pool is finally over.

Thanks to a smashing performance by James Deiparine, the host ended a decade of swimming futility by finally winning a gold medal in the Southeast Asian Games.

The Fil-Am swimmer’s winning time of 1:01.46 now stands as the new SEA Games record, surpassing the old mark of Nguyen Huu Viet of Vietnam (1:01.60) established during the 2009 edition of the meet in Laos.

Incidentally, it was in that same year when the Filipino swimmers last won golds in the biennial meet behind the trio of Miguel Molina, Ryan Arabejo, and Daniel Coakley. 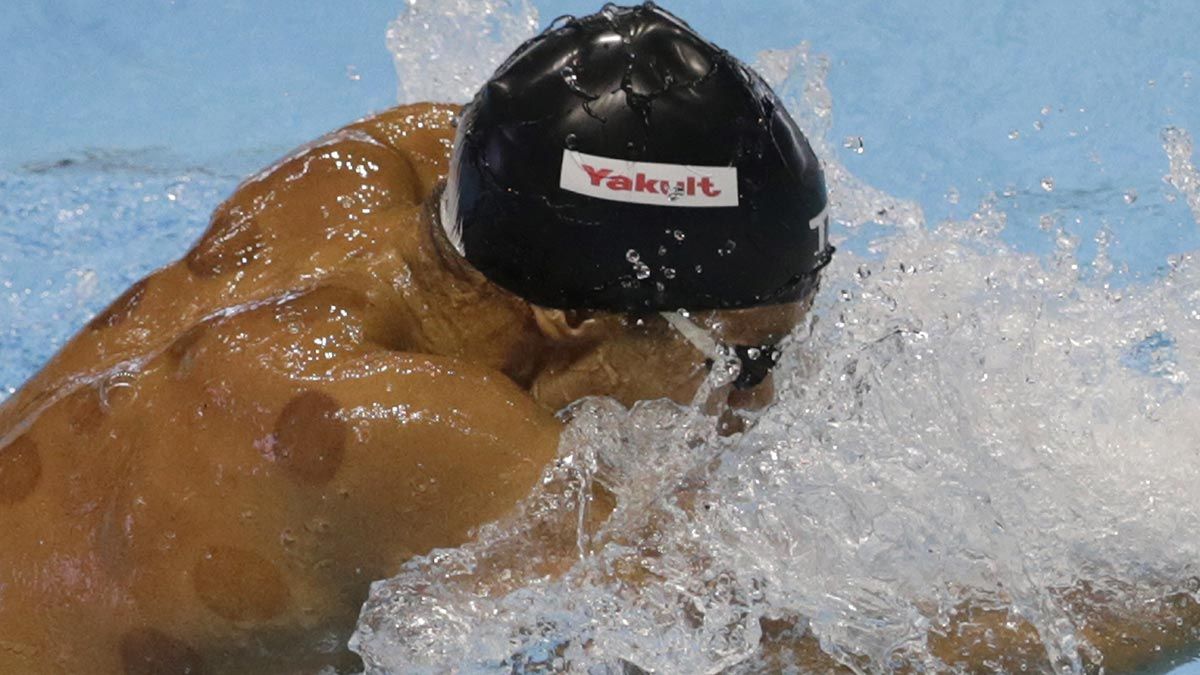 Deiparine’s golden swim stood as the highlight of the Filipinos’ campaign for the day that saw them win a total of nine golds and made up for the pair of heartbreaking silver finishes in gymnastics by world champion Carlos Yulo.

Obstacle course, which barely made the meet’s calendar of events for this staging, quickly delivered a four-gold sweep of its event, including a world-record time in the men’s individual 100-meterx10, while shooting scooped two golds courtesy of the women’s pistol team led by Marly Martir.

A gold each in muay thai (men’s wai kru) and weightlifting (Kristel Macrohon) had the host raising its total gold haul at 56, the most it had won since bagging 41 in the 2007 Nakho Ratchasima SEA Games. 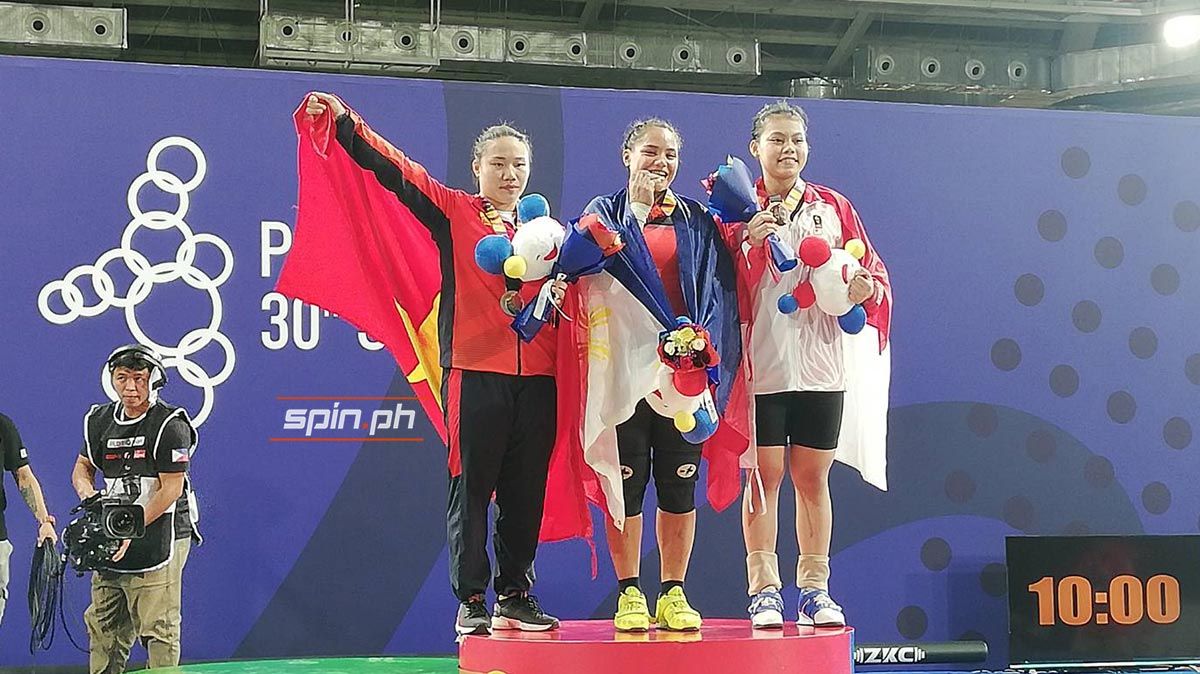 The Filipinos also had 41 silvers and 22 bronzes to remain firm on top of the medal tally with exactly a week to go before the meet formally comes to a close.

Vietnam slowed down and only notched four golds to add to its total of 27, although it still holds second place behind the Philippines.

Anchored by Olympic gold medal winner Joseph Schooling, Singapore began to climb the standings with golden victories in swimming for fourth place with an 18-12-20 tally as it breathes down the neck of third placer Malaysia (21-12-22).

Indonesia has been dislodged by Singapore from fifth place with a gold-silver-bronze total of 17-27-29. 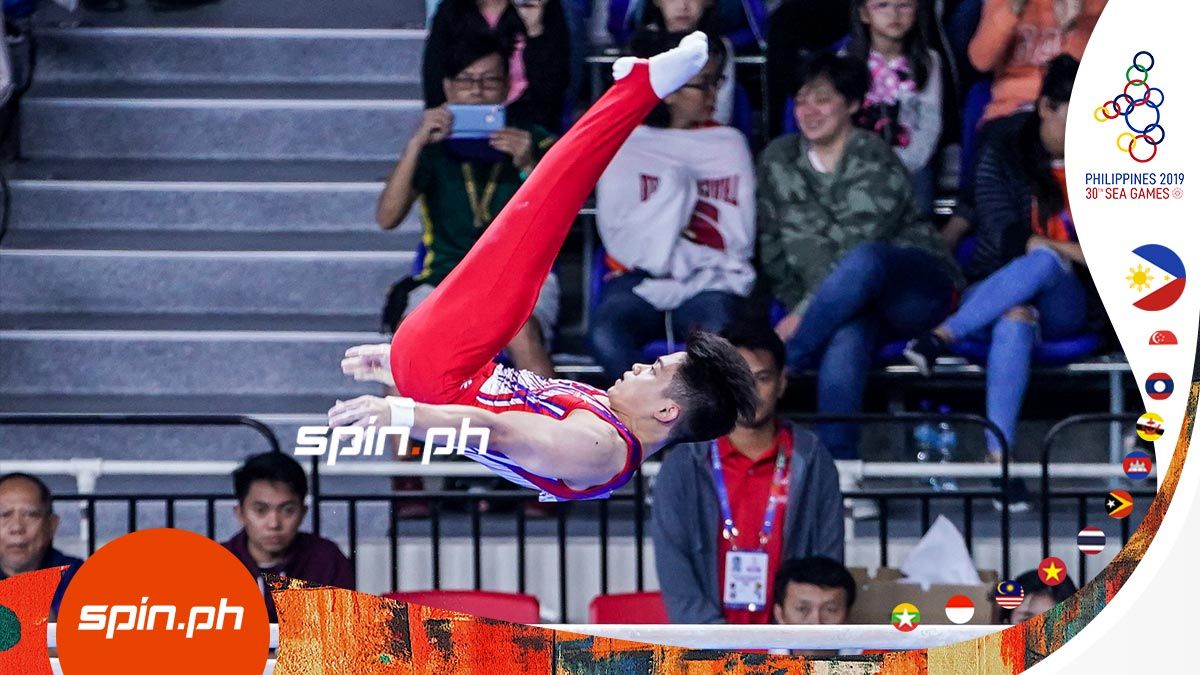 Thailand has not moved up in sixth place at 11-15-22 in perhaps one of its underachieving campaigns in the biennial meet.

The Filipinos could have won more but Yulo, who had targeted a sweep of seven golds in the meet, only salvaged a pair of silver in the men’s vault and artistic gymnastics competitions.

Swimmer Remedy Rule also came close to achieving a top podium finish, but was beaten for the gold by Jing Wen Quah of Singapore by two-tenths of a second in the women’s 200-meter butterfly.

The women’s lawn bowls team also suffered the same fate as it failed to protect an early lead to lose against Singapore in the triples event final at the Friendship Gate in Clark Global City, Pampanga.