CAPAS, Tarlac — The New Clark City sports complex athletics stadium and the aquatics center will be finished in time for the country’s hosting of the 2019 Southeast Asian Games, according to AlloyMTD Philippines.

The SEA Games unreels on Nov. 30, 2019, and the competition venues at New Clark City are set to be completed days before the opener.

AlloyMTD Philippines president Patrick Nicholas David said they are fast tracking the completion of Phase 1-A of the New Clark City, a 60-hectare land which includes the sports complex that will host the athletics and aquatics competitions of the 2019 Southeast Asian Games.

“Our target completion date is October 15, 2019, about four to five days before the SEA Games. But we intend to finish everything before that,” said David.

New Clark City is being developed and managed by the Bases Conversion and Development Authority ad will soon become the newest hub for investors similar to the nearby Clark Special Economic Zone and the Subic Bay Freeport Zone. 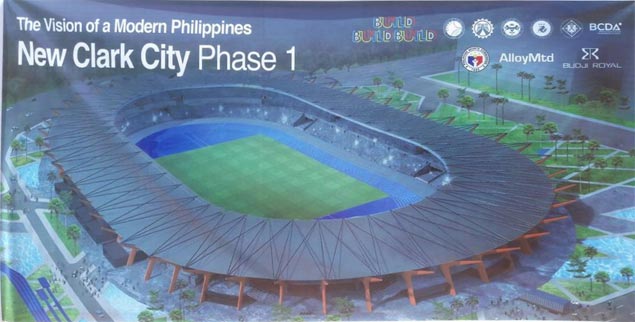 On Wednesday, a concrete pouring ceremony was held at the site where the sports complex will stand, signaling the start of the construction of the two stadiums that will host the centerpiece events of the SEA Games.

AlloyMTD chairman Isaac David lauded the BCDA for helping clear the way for the fast construction of Phase 1-A as the property is clear of right-of-way issues, informal settlers and other issues that might delay the construction of the stadium.