GILAS Pilipinas coach Chot Reyes stressed the need for longer preparation after the basketball debacle at the 31st Southeast Asian Games, where the Philippines fell short of a gold medal ffor the first time in 33 years.

Reyes said the silver medal finish in Hanoi is proof that other countries in the region are already catching up, including Indonesia which won a first-ever gold medal following a gritty 85-81 win over the longtime kings of SEA Games basketball.

“We’ve been already saying from the start na hindi na natin puwedeng biruin ang Southeast Asia,” said Reyes. “You were here, you saw the competition, you saw the level. Not only Indonesia. Thailand, Vietnam, these are legitimate contenders in the future.”

The pool for the SEA Games, mostly composed of PBA players with a mix of cadets and Japan B.League mainstays, was announced last March, then started practicing in April as the PBA Governors’ Cup was about to conclude. 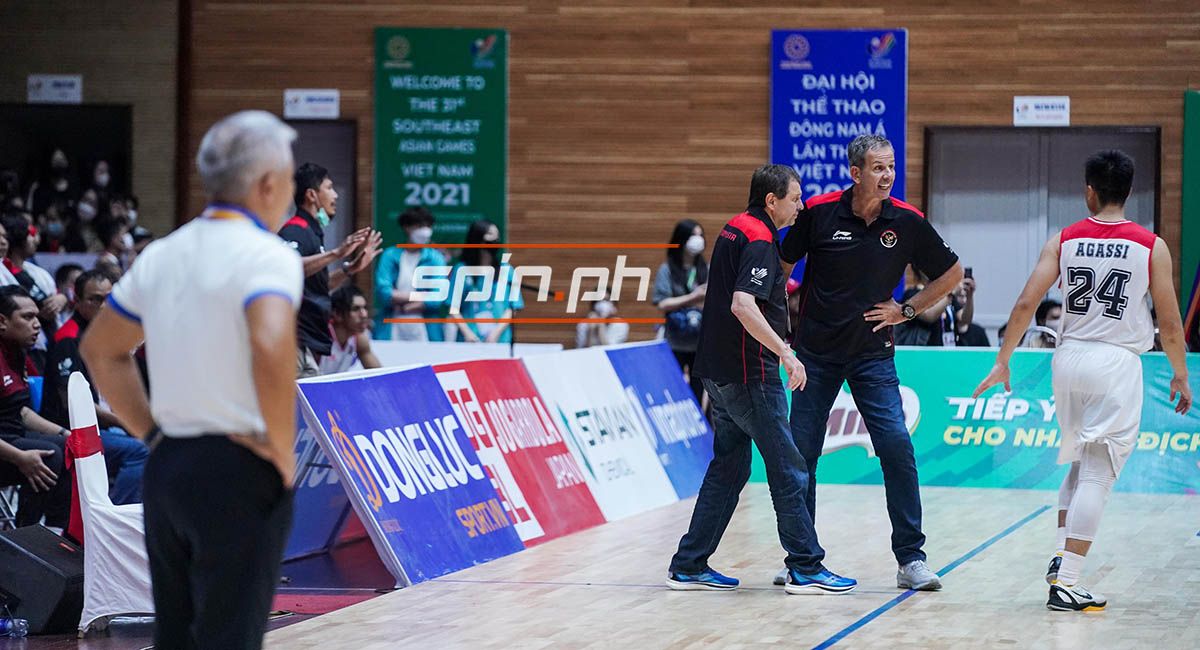 “We really have to prepare, really take the Southeast Asian Games seriously. We tried our best, the guys who made the team came out and practiced. And like I said, it was not enough,” Reyes said.

Aside from preparation, Reyes said Gilas Pilipinas must also consider tapping more than one naturalized player for the SEA Games team just like Indonesia, which included G League player Marques Bolden for the biennial showpiece.

Amid the frustration, Reyes thanked the Gilas players for their service to the country during his postgame speech.

“I thanked them for their effort for giving their best. And I apologize for not preparing them well enough to get the job done," he said. "But in life, we are going to go through a lot of adversity.

"Regardless of how painful the adversity is, we have to find a way to bounce back and recover,” the multi-titled coach added.