Beach volley, other SEAG events postponed due to typhoon Tisoy

SEVERAL sports in the 30th Southeast Asian Games have been postponed to a later date due to typhoon Tisoy, according to an advisory issued by the Philippine SEA Games Organizing Committee (Phisgoc).

The decision was made as Tisoy battered the country on Tuesday that affected the Manila, Clark, Subic, and Southern Luzon clusters of the SEA Games. 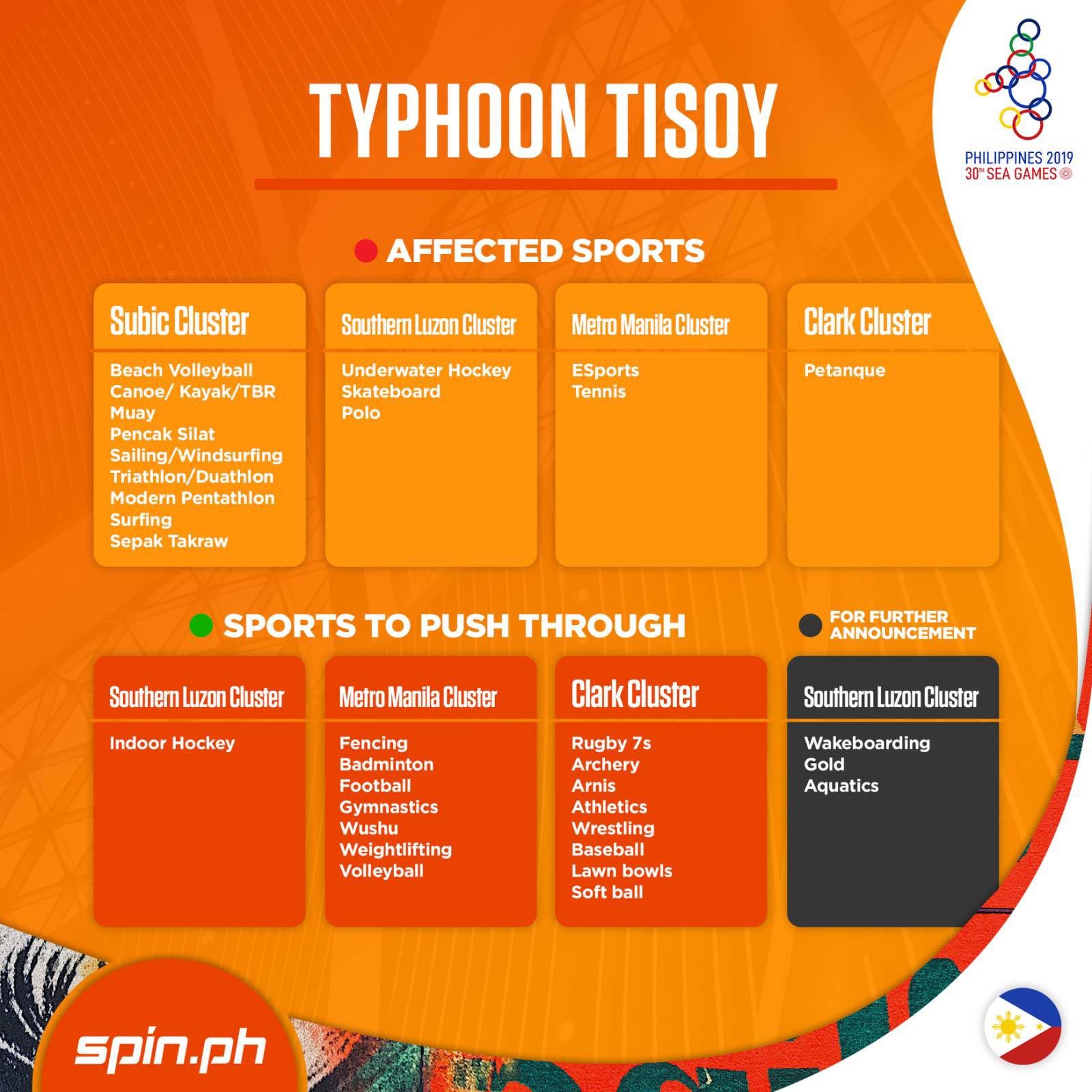 Sailing/windsurfing events have also been postponed to Wednesday, as modern pentathlon will also start on Wednesday instead of Tuesday due to the weather conditions.

Surfing and sepak takraw have also been postponed.

The skateboarding, underwater hockey, and polo matches in the Southern Luzon cluster have been postponed as well.

The training schedule of esports in the Manila cluster, meanwhile, has been postponed, as petanque in Clark has also been called off.

Meanwhile, Phisgoc also announced that several other sports on Tuesday will push through even with the weather conditions.