Yulo beat Vietnam bets Le Thanh Tung and Dinh Phuong Thanh, who impressed with scores of 84.050 and 82.450, respectively, but proved not enough to catch the Tokyo Olympian during their afternoon performances.

Yulo also bagged a silver in the team competitions, while also qualifying for the finals in all the apparatus events.

Aside from Yulo, the other members of the silver-winning Philippine side were Juancho Miguel Besana, John Matthew Vergara, Jann Gwynn Timbang, and Justine Ace De Leon.

Philippines took an early lead in the team event with 301.600 that put Yulo in position for a double gold, but Vietnam collected 321.250 in the afternoon session to secure deny the Filipinos of victory. 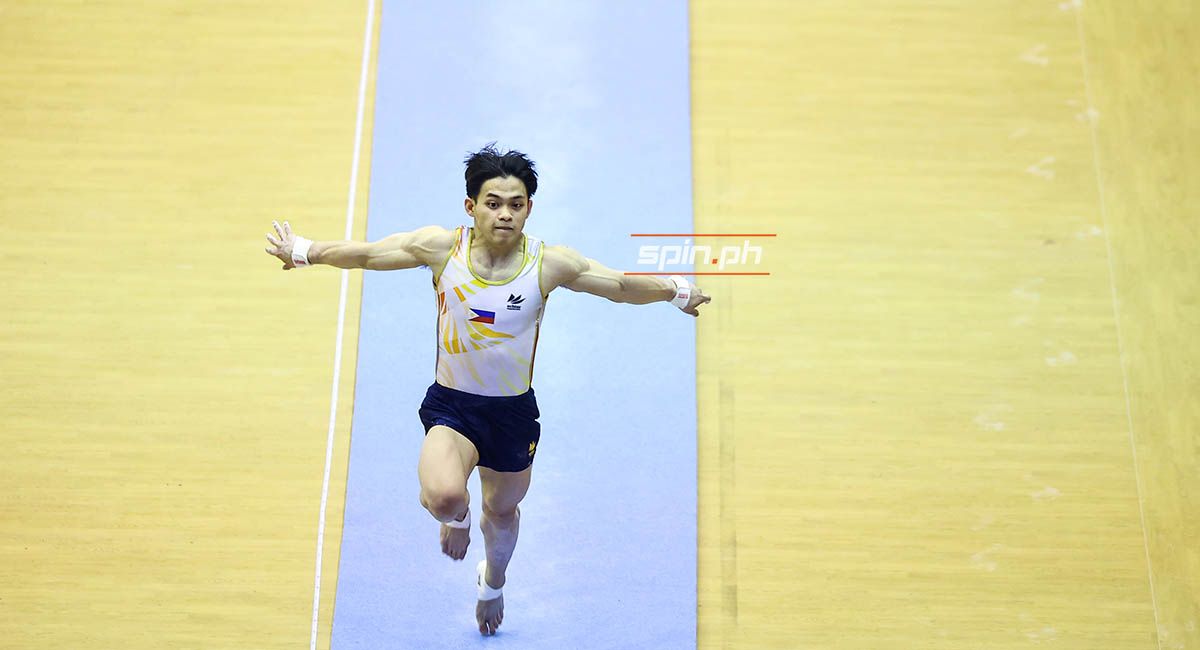 Although he won the gold, Yulo admitted he also committed mistakes, none evident than the fall he committed in the pommel horse that didn’t proved costly.

Yulo was also proud of the effort of his teammates that led to a silver in the event that provided more pressure on him.