BRYAN Bagunas and Marck Espejo led the Philippine men’s volleyball team to the semifinals of the 30th Southeast Asian Games following a 25-20, 25-21, 25-12 victory over Vietnam on Wednesday night.

The dynamic duo battered the outclassed Vietnamese with one bomb after another to bring the men's volleyball team to the semifinals for the first time since 2015, bringing it closer to ending a 28-year medal drought.

The Filipino spikers surprisingly had their way against Vietnam, the reigning bronze medalist which absorbed its second loss in as many as matches, to gain a share of the Pool B lead with Indonesia.

The Philippines and Indonesia clash on Friday for the top seed in Pool B. 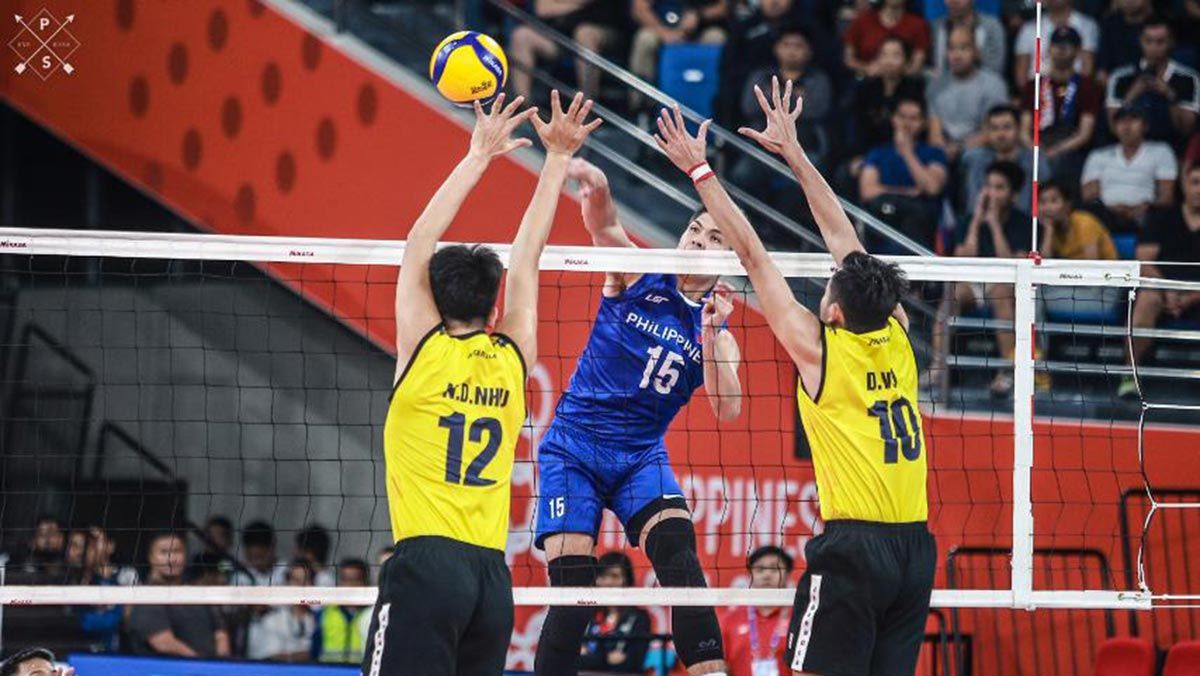 Alinsunurin said their aim is to lift the profile of men's volleyball, which has long been in the shadow of the more popular women's game.

Bagunas tallied 22 points built on 17 kills, three service aces and two blocks, while Espejo delivered 13 points off a 50 percent attacking rate and had 13 excellent receptions and seven digs to dispatch Vietnam in an hour and 24 minutes.

The Nationals outplayed Vietnam in every offensive department with a 46-33 disparity in attacking, 11-1 differential in blocking and a 5-0 advantage in service aces.