ALYSSA Valdez admitted that Vietnam's experience — and the Philippines' lack of it — showed late in the latter's five-set loss at the start of the women's volleyball competition in the 30th Southeast Asian Games.

In Valdez's three SEA Games appearances, this was the closest the Philippines has come to beating Vietnam. Almost, but not quite.

“Kinulang, kinapos talaga kami sa dulo. We had a good fight from the first set to the fourth set,” Valdez told the reporters after the loss. “But I guess experience played a big role in the fifth set, sa dami ng nilaro ng Vietnam for the longest time sa international competitions.”

Vietnam’s most experience player Thi Thanh Thuy Tran again proved to be the tormentor of the Nationals as she came away with 27 points from 26 kills on top of 13 digs and 13 excellent receptions.

Though the Philippines managed to erase a 1-2 set deficit and stayed within one in the fifth set, 7-8, the reigning bronze medalist unloaded five straight points to pull away, 7-13, before clinching the win on Valdez's error.

With the loss, the Philippines must win its remaining two games to reach the finals. Under the tournament format, the top two teams with the best records will enter the Finals at the end of the single round robin elims.

Worse, the Nationals next take on 11-time champion Thailand, which swept Indonesia in three sets earlier, in a crucial 6 p.m. match on Thursday. 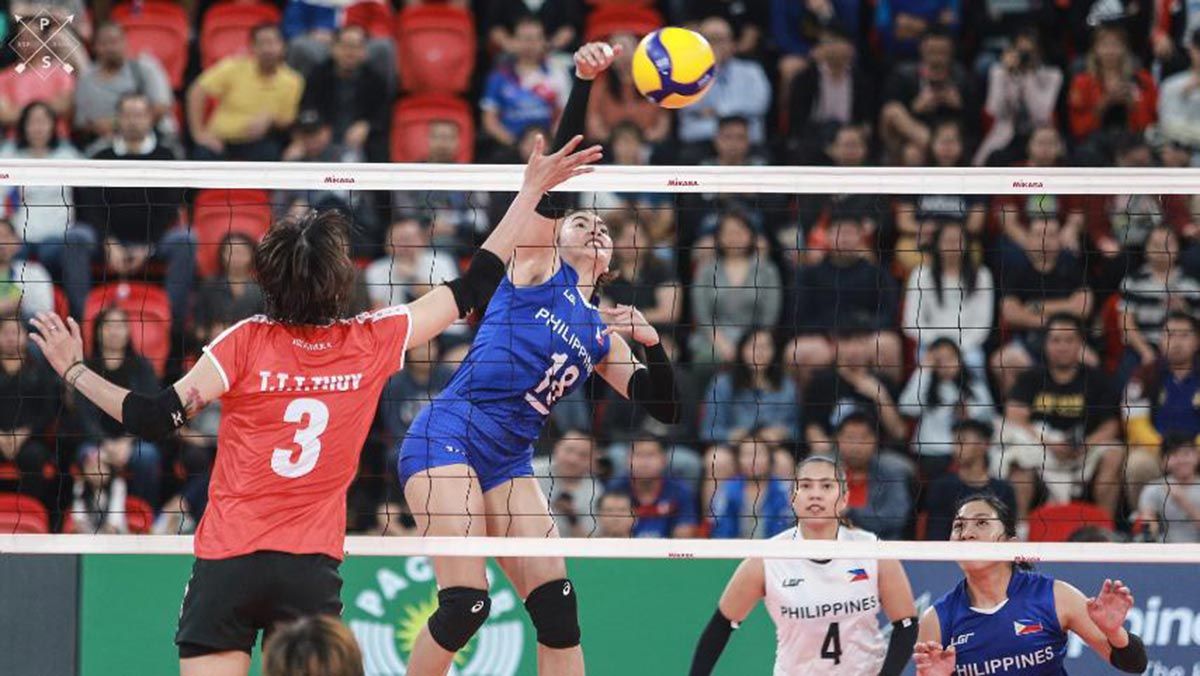