TOKYO — Having trouble getting tickets for next year's Tokyo Olympics?

Tokyo Olympic organizers are offering high-end hospitality packages to Japan residents with prices soaring to 6.35 million yen — about $60,000. This is good for the opening and closing ceremony, nine days of track and field with luxury seating and sumptuous dining. Low-end packages dip down to about $1,500 for one session at a less popular event.

Tokyo is shaping up as a very pricey Olympics.

Ticket demand is unprecedented, so unofficial re-selling likely will flourish. Hotel rates are soaring. And getting here will be costly, particularly for people traveling from the Americas and Europe.

"I don't know if I can afford to go to the Olympics," Brant Feldman, a Los Angeles-based sports agent, told The Associated Press. He's attended seven straight Olympics and represents American and Canadian athletes for AGM Sports. "For the average family right now to head to the Olympics, it's going to be the most expensive in history." 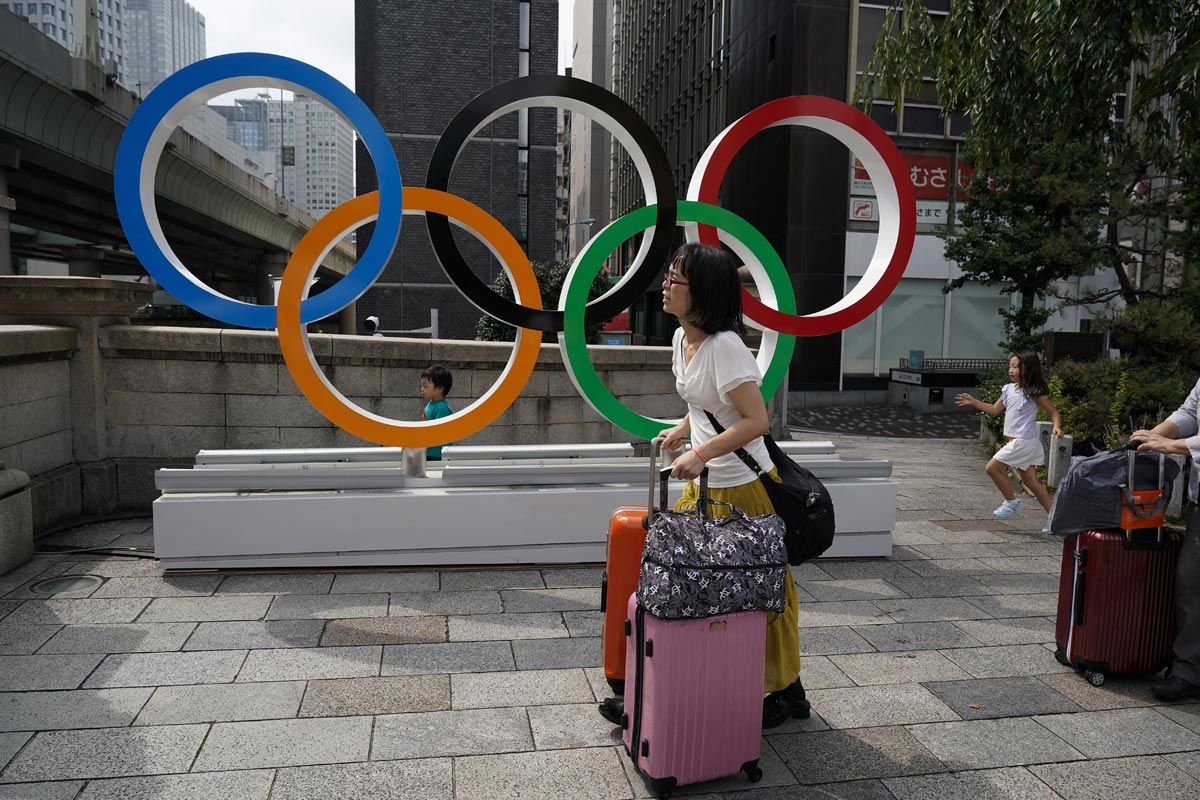 Tokyo organizers say the luxurious hospitality packages are an "opportunity for family, friends and business contacts" to enjoy the Olympics. In the words of organizers, here's what's included with the tickets:

— fine wines chosen by our sommelier

— first-class personal service capable of dealing with any request

Hospitality packages, of course, are aimed at the wealthy, targeting executives who treat the Olympics as a venue for doing business and schmoozing with sports as an alluring sideshow.

There's also an old-fashioned way for residents of Japan to get scarce tickets: a so-called "second-chance" lottery that closed Monday. Results will be announced next month, and another lottery for Japan residents will be held in the fall.

For now, those living outside Japan must go through Authorized Ticket Resellers , which are deluged with unprecedented demand. They also offer high-end packages and are allowed to tack on a 20% service charge to each ticket. And many of the best tickets are tied to expensive hotels.

A random search of well-known hotel booking sites by AP found prices for most 3-4-star hotels between $1,000-1,500 per night with few available. There have been complaints that many hotels are canceling previous reservations to secure the markup. 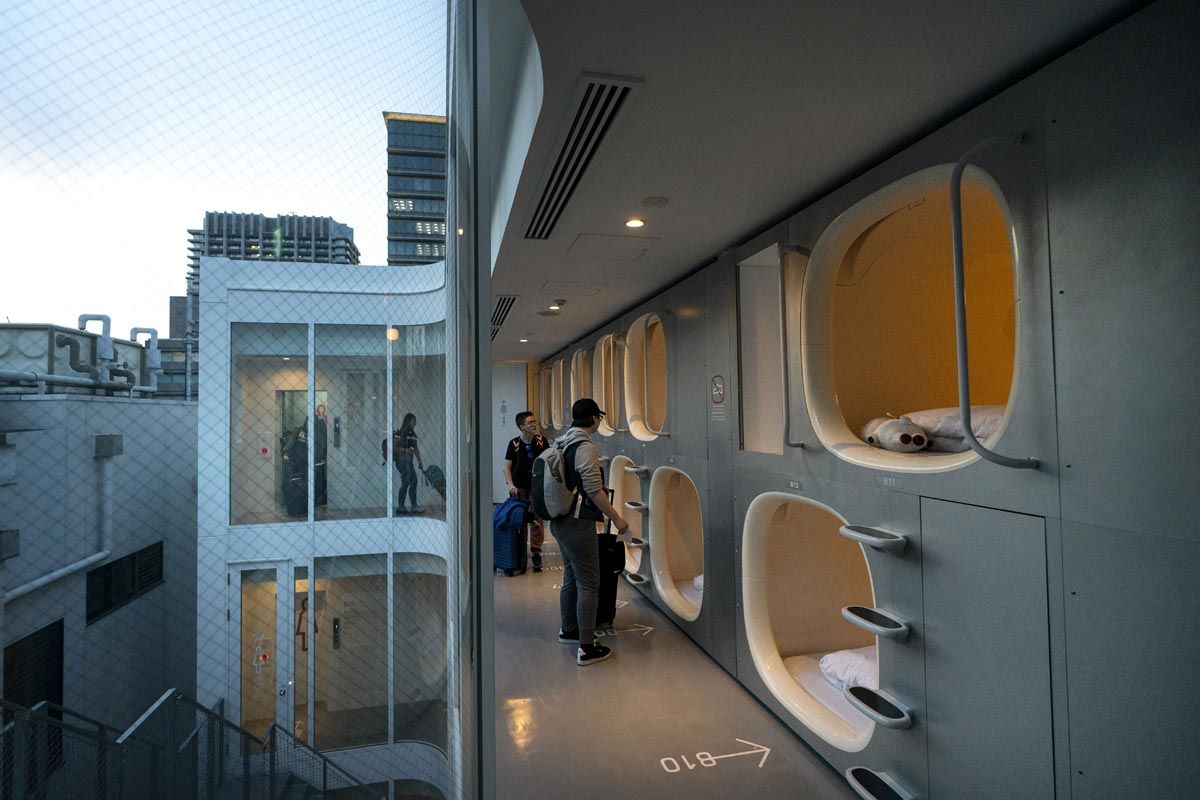 Even Japan's famous capsule hotels — or sleep pods — will cost more to crawl inside with prices up three or four times on booking sites.

In a statement to AP, Tokyo organizers said they are working with "the government and the accommodation industry and travel industry in order to control prices."

Quoting a government report, organizers say there are 300,000 rooms "in different classes" in Tokyo and in neighboring prefectures.

Olympic athletes are guaranteed housing and have access to a few tickets for event sessions in which they participate. After that, family and friends are on their own.

"If your son or daughter qualifies for the Olympics in 2020, I don't know how any of those families are going to be able to afford the airline tickets, the Airbnb, the hotels, or get the tickets," Feldman said.

Those planning to wait until the last minute to book rooms, which sometimes become available because organizers typically overestimate the number of rooms needed and the number of foreign visitors.

It may not happen this time.

Tokyo's demand is driven partly by a giant metropolitan area of 35 million, its safe streets, and long-time support for the Olympics.

Australia-based Kingdom Sports Group, an official reseller that deals primarily with Asia and Africa, said on a social media site that Tokyo is "30 times more popular" than London was in 2012. London is often seen as the benchmark for Olympic interest.

Ken Hanscom, a ticketing expert who runs Los Angeles-based TicketManager, told AP "this is the biggest (Olympic) demand ever — by far."

The big winner could be the Paralympics, which open a few weeks after the Olympics close on Aug. 9, 2020. The lottery in Japan for the Paralympics started on Thursday with 2.3 million tickets available.

Just over 80% of Japan residents who applied got nothing in the first Olympic ticket lottery earlier this year. Of those who landed tickets in June, many got far fewer than they expected.

Organizers say 3.22 million tickets were sold in the first phase. Demand appears to exceed supply by at least 10 times. Another 680,000 tickets are available in this lottery, but only for those who were shut out the first time.

Tokyo organizers say there are 7.8 million tickets for the Olympics. They estimate between 70-80% will go to the general public in Japan. The difference between the larger and smaller percentage is 780,000 tickets, giving organizers flexibility in how tickets are distributed.

The remaining tickets are sold abroad, or go to sponsors, national Olympic committees, and sports federations.

Organizers hope to earn $800 million from ticket sales, a big chuck of income for the privately funded, $5.6 billion operating budget.

A report released last year by the national government's Board of Audit said Japan is likely to spend $25 billion overall to prepare the games. This is public money, except for the operating budget. Organizers dispute the figure and say it's about $12 billion, though what are Olympics costs — and what are not — is subject to heated debate.

Tokyo projected total costs of about $7.5 billion in its winning bid for the games in 2013.