TOKYO has been good to Filipino athletes. History will bear this out.

The 1964 Summer Olympics saw the Philippines bring 47 athletes - the third-biggest delegation the country has ever sent to the quadrennial showpiece, next only to the 53 in 1972 in Munich and the 49 sent to the 1968 Mexico Games.

But it's not just the quantity, but the quality as well.

Tokyo was where the Philippines won its first-ever silver medal in the Olympics after Anthony Villanueva made it to the final of the featherweight division.

The 5-foot-5 boxer from Cabuyao, Laguna came to the Games with a decorated resume, winning the national title in 1962 and earning his spot in the 1964 Games. But the road to the gold medal match didn't come easy for him. 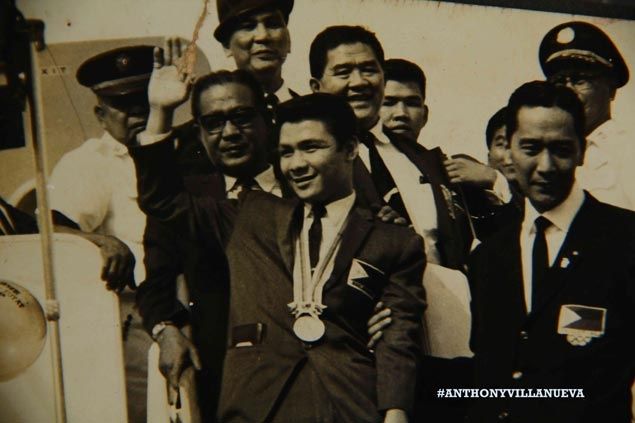 Villanueva first fought Giovanni Girgenti of Italy in the round of 32, doing just enough to score the 3-2 split decision win.

He showcased his might in the next phases, dominating Tahar Ben Hassan of Tunisia, 4-1, in the round of 16 and scoring a referee stoppage victory over Piotr Gutman of Poland in the quarterfinals to assure himself of a podium finish.

Villanueva, however, wanted more, and inched closer to his gold medal dream when he outpointed Charles Brown of the United States, 4-1 in the semifinals.

Unfortunately, the 19-year-old Filipino pug suffered a controversial 3-2 split decision in the final to Stanislav Stepashkin of Soviet Union, much to the dismay of those watching the match at Korakuen Ice Palace.

Though Villanueva got cut in his right eyebrow in the first round, he responded with killer jabs and combinations that left Stepashkin's nose and mouth bloodied.

It was a clinical display from the Filipino, but three of the judges felt otherwise.

Villanueva got the nods from K. Maghraby of United Arab Republic, who had it 59-48, and H. Nussgen of Germany, who scored it 59-all but favored the Filipino once the final result was tabulated.

Still, the silver felt like gold, especially with how Villanueva's name was cheered even during the awarding ceremonies. It was then the highest finish the country has ever had in its then four decades of participation in the Olympiad.

The achievement didn't come as a surprise with Anthony being the son of Jose Villanueva, the bronze medalist in the bantamweight division of the 1932 Los Angeles Olympics. This time, the son also rose.

Fifty-seven years ago, Tokyo was the site of the Philippines' first-ever silver medal performance.

Fast forward to now, and it's not too far-fetched that the Japanese capital will bring the same level of success.

After all the 19-athlete delegation to the 2020 Tokyo Olympics will be the Philippines' biggest in two decades, and who knows, the country's first gold may just come in the Land of the Rising Sun.