Where does Obiena's showing rank among PH Olympic stints in athletics?

FOR 85 long years, the Philippines has waited for an Olympic medalist to come from athletics.

And pole vaulter EJ Obiena came close to ending that drought, reaching the final of the men's pole vault on Tuesday.

Unfortunately, the Tondo-born leaper couldn't clear the bar at 5.80 meters to wound up at 11th place.

Disappointing as the finish may be for some, it's actually the closest finish for a Filipino in athletics. 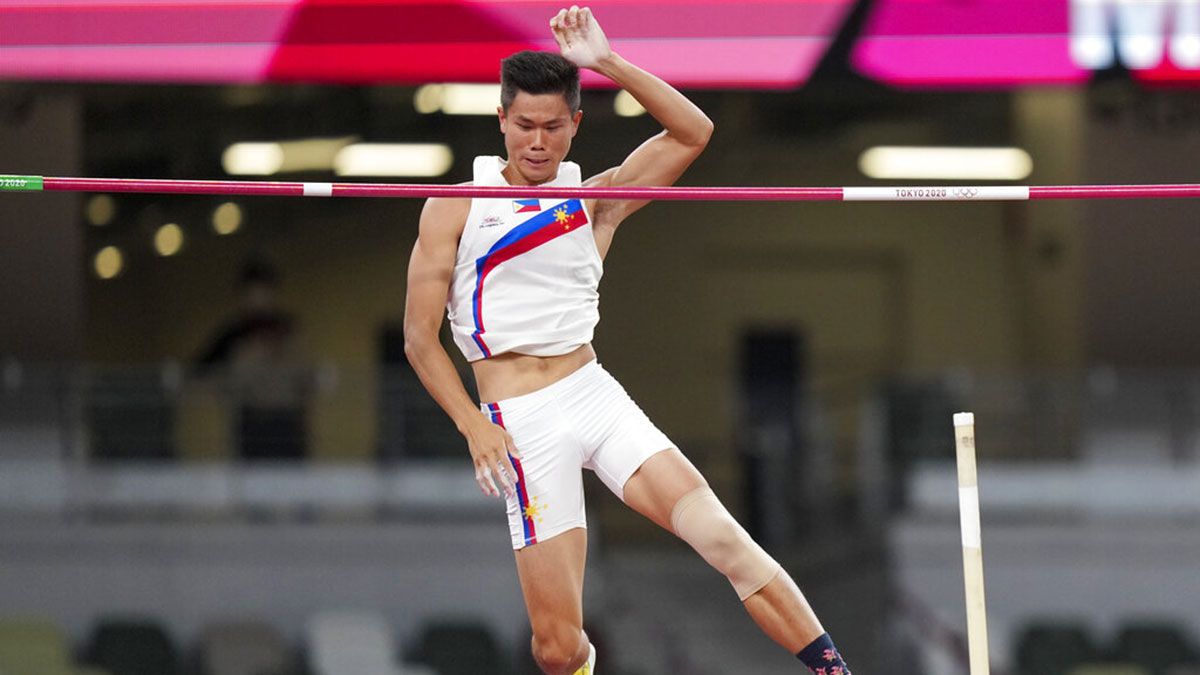 The last time the country captured a medal from track and field was in the 1936 Berlin Olympics, when Miguel White secured the bronze medal in the men's 400-meter hurdles.

White, a Fil-Am who hailed from Legazpi, Albay, proudly hoisted the country's flag in Germany and topped heat 3 with his time of 53.4 seconds. He logged the same time of 53.4 seconds in the first semifinal to place at second and qualify for the final run.

And he actually improved his time when the lights were at their brightest, timing at 52.8 seconds in the finals as he finished at third place, enough to secure the podium finish.

There was actually a 0.4-second difference between White and gold medal winner and United States bet Glenn Hardin, who recorded 52.4 seconds. White also lost by only 0.1 second to silver medalist John Loaring from Canada, who had 52.7 seconds.

White's achievements put him in the same pedestal as Simeon Toribio, who also won a bronze medal in the men's high jump in the 1932 Los Angeles Olympics.

The Boholano jumper leapt 1.97 meters and placed behind Duncan McNaughton of Canada and Bob Van Osdel of USA.

Since then, no other Filipino athlete in track and field came close to a medal until Obiena.

The Fil-Am sprinter from Olongapo qualified for the semifinals after placing third in heat 4 with 49.05 seconds, but only got seventh place in semifinal 1 when he had a time of 49.37 seconds.

Even some of the country's best tracksters failed to make their dents in the Olympics.
Lydia de Vega, who was known as Asia's fastest woman in the 1980s, saw action in two Summer Games but had better marks in the 1984 Los Angeles Olympics. Unfortunately, neither delivered any medals.

She competed in the women's 100 m and advanced to the quarterfinal after her sixth-place finish in heat 6 with her 11.85 second-mark. However, de Vega was slower in the next phase, clocking in at 11.97 seconds to finish sixth and fail to progress to the finals.

De Vega also ran in the women's 200 m, but only placed sixth in heat 1 with her 25.10 second time, missing the cut and finishing at 32nd overall.

Elma Muros, the country's Long Jump Queen, also couldn't advance to the women's long jump in the 1984 Los Angeles Olympics, leaping 5.64 meters in the qualification to finish 20th overall and miss the cut for the final.

She came back 12 years later to compete in the 1996 Atlanta Olympics, but her mark of 6.04 meters in the qualifying couldn't push her through to the finals as she ended 30th in the competition.

The same could be said for tracksters who represented the country in three Olympic Games.

Discus thrower Josephine de la Vina also saw action in the 1964 and 1968 Olympics, yet none of her performances delivered a medal in the Olympiad.

Her best performance came in the 1972 Munich Olympics where she threw 51.08 meters in her first throw, fouling in her second, and ultimately, scoring 53.29 meters on her third throw. She did not make the cut after placing 13th overall, narrowly missing out on the finals.

Hector Begeo also wore the national colors in three Olympics from 1984 to 1992, but his best showing came in the 1988 Seoul Olympics when he finished the men's 3000-m steeplechase in 8:46.60 and placed 24th in the qualifying heats.

Begeo hiked his time to 8:35.09, then a national record, in the final run but he could only rank 22nd in the semifinals and did not advance to the final round.

Looking back at the history books, it only makes Obiena's run more commendable as the 25-year-old product of University of Santo Tomas is the closest finish for the Philippines in athletics in over eight decades.

Who knows, Paris 2024 could finally end the drought with Obiena still expected to make a run for the podium which would put him on the same level as that of Toribio and White.