The MVPSF is also giving financial incentives to coaches of the four Filipino athletes in the Tokyo Olympics, led by breakthrough gold medal winner Hidilyn Diaz.

Out of the total P40.5 million allotted cash incentives released by the privately-funded sports foundation just two days after the conclusion of the Olympiad, P11 million will be given to the coaches of both the weightlifting and boxing teams, respectively.

“The coaches also sacrificed as they were away from their families as much as the athlete, so they should also be compensated for their athletes’ success,” said MVPSF Al S. Panlilio.

“The MVPSF knows that it takes a village to win a medal in the Olympics. It takes combined efforts from the Philippine Sports Commission (PSC), the Philippine Olympic Committee (POC), and the private sector to help our athletes succeed.”

The reward should be a very welcome development for the 23-year-old Paalam, who publicly batted for their coaches as well to be given financial incentives by other sectors aside from the mandated cash rewards due them under Republic Act 10699 otherwise known as the National Athletes, Coaches, and Trainers Benefits and Incentives Act. 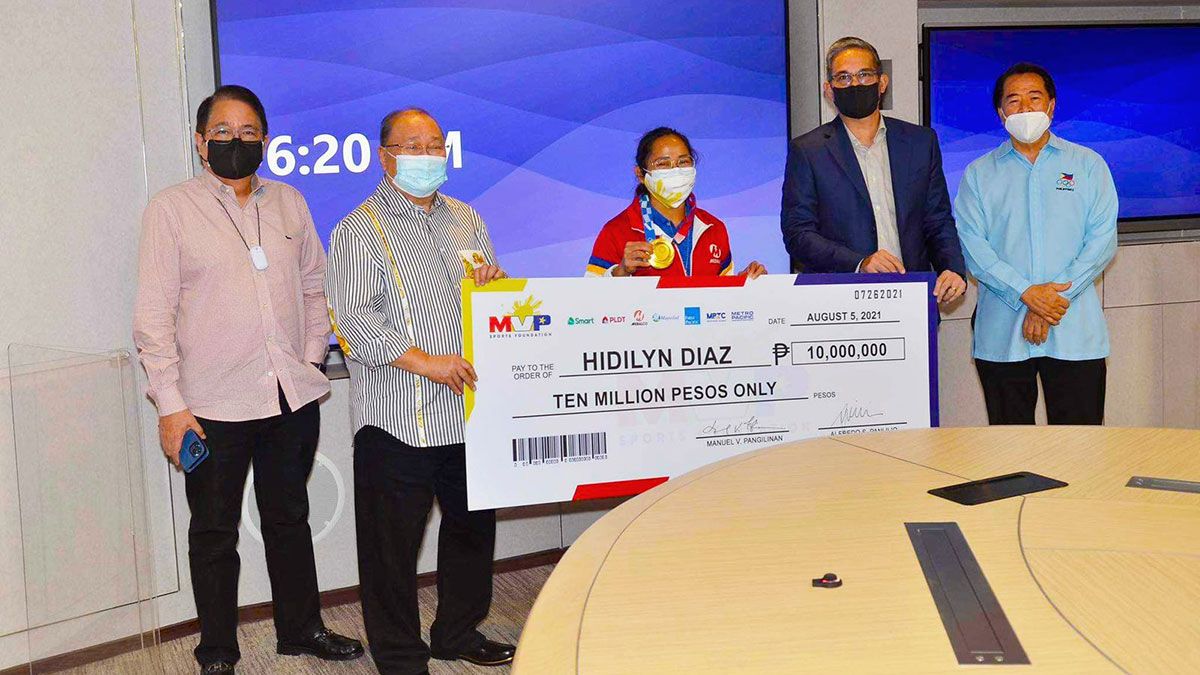 Paalam and Nesthy Petecio received P5 million each for bagging the silver, while bronze winner Eumir Marcial was given P2 million.

“It’s a breakthrough and a milestone event for Philippine sports as we’ve had our best medal haul, including our first ever gold,” said MVPSF Chairman Manny V. Pangilinan.

“It is only right for the nation and the athletes to celebrate what has been achieved. Once the celebration settles, we go back to work.”

In partnership with the POC, the other 15 Filipino Olympians who were not able to win medals will receive P500,000 each for their hard work and dedication.

A total of P7.5 million will be given by the MVPSF to the POC through President Bambol Tolentino.

“Much more will be expected from us in Paris,” said Ricky Vargas, member of the MVPSF Board of Trustees and President of the Association of Boxing Alliances in the Philippines (ABAP).

After giving our athletes enough time to celebrate and rest, they will be preparing for the coming Southeast Asian Games and the Asian Games.”

The total amount given to the coaches and athletes, net of taxes, has now been released by the MVPSF to reward those who gave the country its best-ever showing in the Olympics.

This is on top of what the MVPSF has invested since it was founded back in 2011.

"In the past 10 years, the MVP Sports Foundation has spent more than two billion pesos in total," said Pangilinan, whose organization has aided athletes from different sports in the past decade, culminating in the Philippines' four-medal haul in the Tokyo Games.

"Our investment in the country's sports development is all worth it when we see the effort of our athletes to represent the country to the best of their abilities. The victories they achieve and the pride they give our country are priceless."